Gina Champion-Cain, 57, ran what prosecutors characterized in court as "the largest known Ponzi scheme" in the history of the Southern District of California. 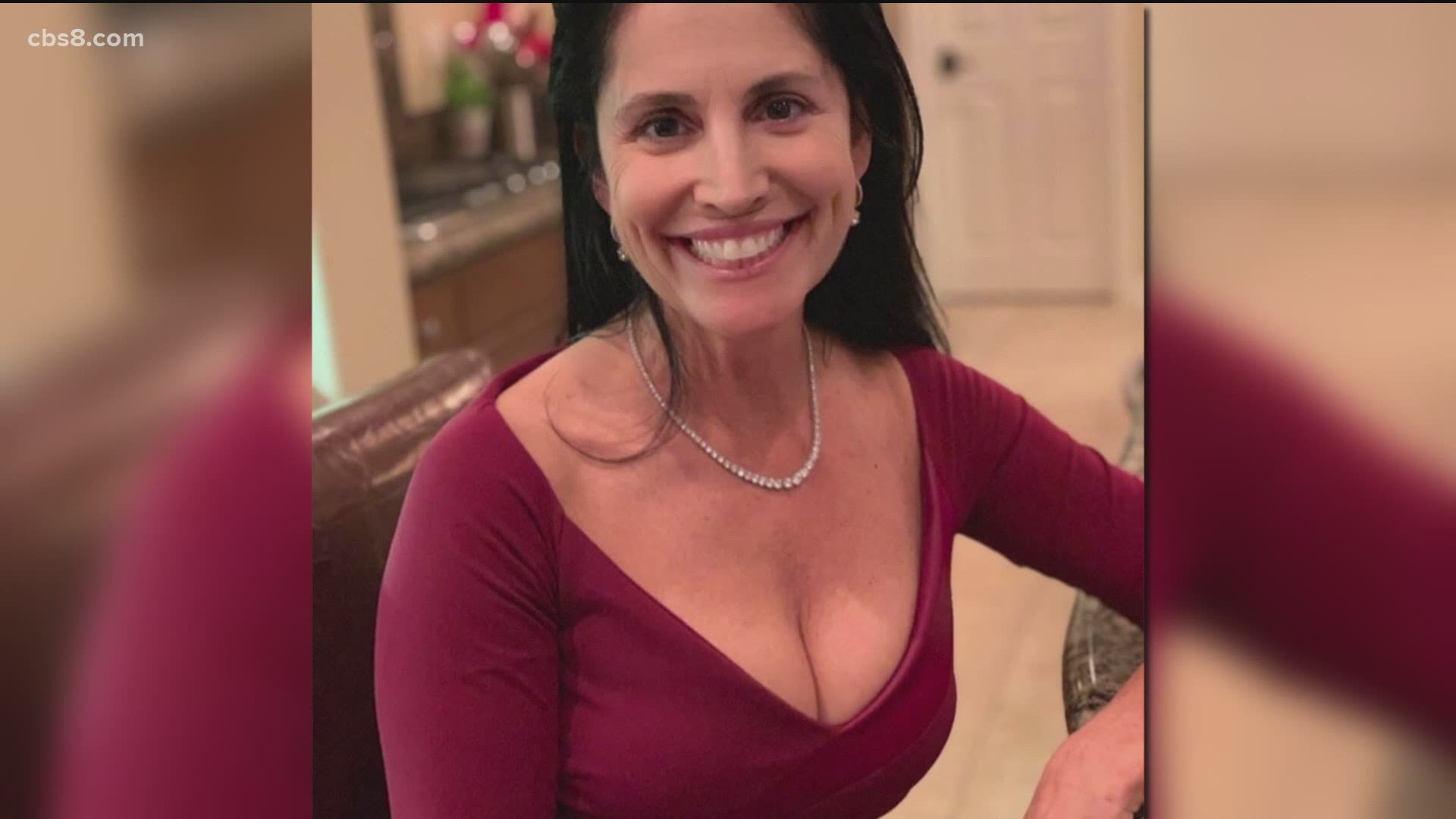 SAN DIEGO COUNTY, Calif. — A San Diego businesswoman who orchestrated a nearly $400 million Ponzi scheme, in which she took investor funds intended as loans for liquor licenses and funneled the money into her companies and for personal purchases, was sentenced Wednesday to 15 years in federal prison.

Gina Champion-Cain, 57, ran what prosecutors characterized in court documents as "the largest known Ponzi scheme" in the history of the Southern District of California, which encompasses San Diego and Imperial counties.

She was immediately taken into custody after the sentence was imposed. U.S. District Judge Larry Burns declined a defense request to delay her surrender date so she could get a COVID-19 vaccine.

Prosecutors say Champion-Cain, the founder and former CEO of American National Investments, told investors she had established a lending program in which their funds would support high-interest loans for businesses seeking liquor licenses. She claimed the money would be placed in an escrow account and could only be distributed to the investors.

In reality, she retained access to the funds, which were funneled to her companies or used to "prop up her other, sometimes failing businesses" and "support her luxurious lifestyle," according to the prosecution's sentencing memorandum.

The scheme drew "at least $372 million from over 490 investors," not all of whom were wealthy, prosecutors said. They put the cumulative loss at about $180 million.

Champion-Cain also attempted to destroy evidence in order to obstruct investigations by both the FBI and the Securities and Exchange Commission, including by directing subordinates to delete emails, and delete and alter accounting records, according to the prosecution.

She pleaded guilty last year to charges of conspiracy, securities fraud and obstruction of justice stemming from the scheme, which dated back to 2012.

"I behaved in ways that were horrific and I made terrible choices that did not align in any way with my own value system that I grew up with. My actions have hurt so many people," Champion-Cain said at her sentencing hearing. "I feel so terrible for my victims. These are people who trusted me or they trusted people who were involved with me."

In a letter she wrote to a probation officer last year, she stated: "My true intent for the lending program was always for folks participating in it to make a lot of money." She wrote that she told herself she would be able to pay back the investors "with the massive growth of the empire I was trying to build."

However, as the crime progressed, "I just was not courageous enough to put a stop to it. It was as though I was seduced and addicted to the appearance that I was enhancing peoples' lives," she wrote.

In court, she said her "number one goal will be to recover as much money as possible."

Burns, who is also presiding over a parallel civil case brought by the SEC, said "there's nothing that has come up in that case that convinces me that there's a lot of money out there that can be recouped. A lot of it's gone. A lot of these people are never going to be made whole, if they get anything back."

The judge said that despite efforts currently underway to recover the lost investments, "Let's face it. A lot of the money's been spent" and in a way he said "could only be characterized as avarice, extreme greed on the defendant's part."

Burns said Champion-Cain's conduct showed "tremendous callousness," particularly in that some of the victims were people who considered her a friend and had known her for many years.

In their sentencing memorandum, prosecutors recommended 130 months in custody, while her attorneys recommended 57-71 months, citing her cooperation with authorities in their investigation, among other factors.

Burns elected to impose a higher sentence and repeatedly questioned the value of Champion-Cain's cooperation in the case. The judge said that as far as he knew, the case has resulted in charges against two people, both of whom provided information on one another.

Former American National Investments Chief Financial Officer Crispin Torres pleaded guilty to conspiracy for his part in the scheme and was sentenced earlier this month to four years in prison.

The judge also said he felt it was "counterintuitive" to credit Champion-Cain's cooperation while also acknowledging she obstructed the investigation.

Assistant U.S. Attorney Aaron Arnzen said Champion-Cain's cooperation has been ongoing and it's anticipated that other defendants will be charged.