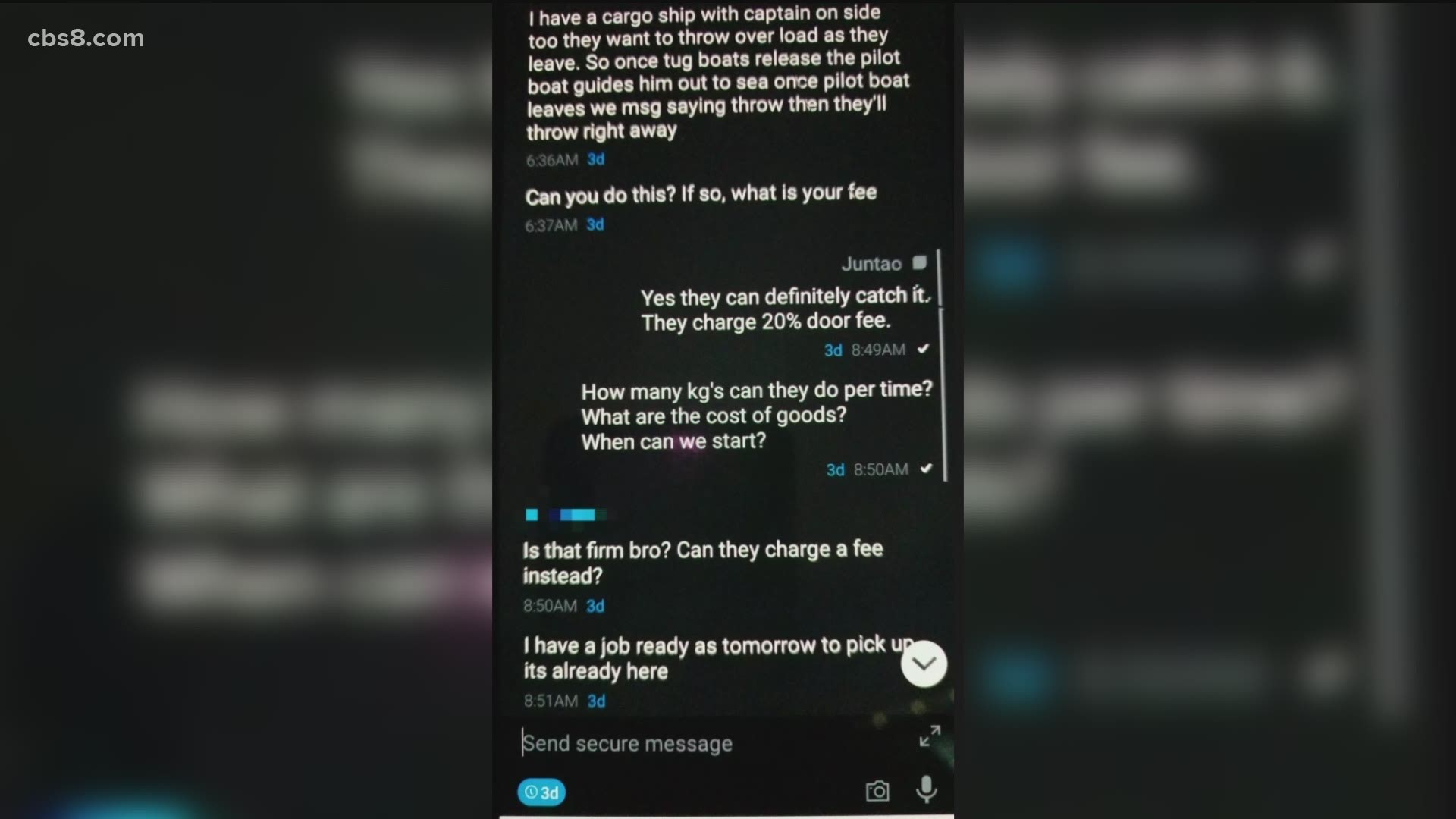 SAN DIEGO COUNTY, Calif. — Federal authorities in San Diego revealed their role Tuesday in the creation of an encrypted communications network utilized by criminals around the globe, leading to hundreds of arrests worldwide. Dubbed Operation Trojan Shield, the San Diego-based FBI-led operation was centered around the creation of an encrypted phone company called ANOM.

Authorities said more than 12,000 ANOM phones were purchased and distributed by criminals in more than 100 nations, and were used to coordinate and discuss criminal operations ranging from drug trafficking to money laundering.

Law enforcement officials intercepted more than 27 million messages shared on the devices over the course of 18 months, according to Acting U.S. Attorney Randy Grossman, who said the supposed secrecy provided by the ANOM devices were held in such high regard by its users and distributors that "they openly marketed them to other potential users as designed by criminals, for criminals."

Messages included drug deals, illegal gun sales and even murder hits - all of them intercepted by authorities who say the information they obtained prevented more than a hundred murders, led to 800 arrests, and a trove of illegal goods.

More than 9,000 of the phones were active when the ANOM network was shut down on Monday.

In all, authorities also seized eight tons of cocaine, 22 tons of marijuana, 250 firearms and more than $48 million in various worldwide currencies.

And buried in a search warrant, News 8 found a picture of what's believed to be six kilograms of drugs from a "cocaine transaction from Carlsbad, California to Australia.”

According to the U.S. Attorney's Office, the operation was born out of the takedown of the Canadian-based Phantom Secure encrypted telecommunications network by San Diego authorities, which left a void in the encrypted communications market.

Takedowns of two other major encrypted networks followed, and Grossman said, "the demand for ANOM exploded."

Authorities also dismantled clandestine drug labs in the process, including one on Monday in Germany, which was described as one of the largest in the country's history.

The U.S. Attorney's Office said the investigation has also led to the initiation of "dozens of public corruption cases."

The announcement coincided with the unsealing of a federal grand jury indictment in San Diego charging 17 foreign nationals with conspiring to violate the Racketeer Influenced and Corrupt Organizations Act -- or RICO -- for their roles in selling and marketing thousands of ANOM devices to transnational criminal organizations, according to the U.S. Attorney's Office. Eight of those defendants have been arrested thus far, Grossman said.

The indictment alleges the charged defendants were aware of the devices' use in criminal activity and personally handled "wipe requests" from users when their phones fell into law enforcement hands.