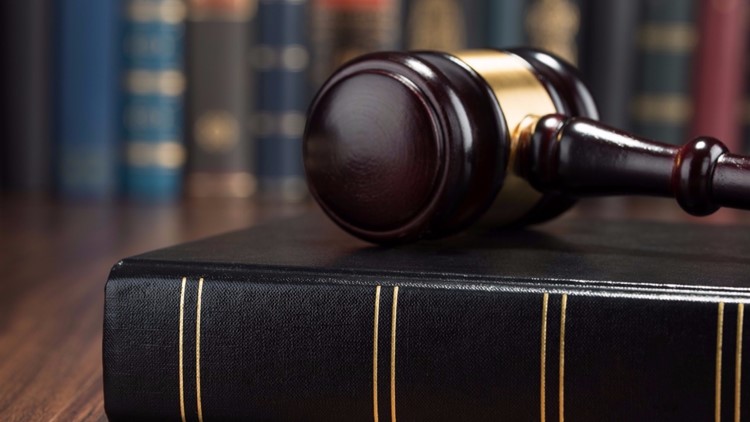 A man who allegedly drugged and raped several women at his downtown San Diego apartment over the course of four years was ordered Thursday to stand trial on four felony sexual assault counts.

Juan Carlos Cordero, 36, is charged with raping three women he met on dating sites or in person at various locations in and around the Gaslamp Quarter between 2015 and March 17, 2019.

Several women testified during a two-day preliminary hearing that they met with Cordero, then at some point blacked out and woke up in his bed, with little to no recollection of the previous night.

Many of the alleged victims testified that they discovered they'd suffered injuries that led them to believe they had been sexually assaulted.

Some of the women testified they felt drugged the following morning but had no memory of how that may have occurred, while others testified to Cordero forcing alcohol or drugs upon them. Some of the victims also testified that Cordero committed violent, unwanted acts during sex, such as choking or hitting them.

A number of other women testified regarding acts Cordero is not charged with, which is allowed under state law for defendants charged with sexual offenses.

Similarly to the charged victims, these women testified that Cordero was sexually violent with them. One woman testified that he choked her with a cell phone cord until she blacked out. Another testified that she also blacked out during a date with Cordero and later suspected she'd been sexually assaulted, and on another occasion was choked by Cordero, during which he told her, "He could end me right now and no one would know."

Cordero's defense attorneys emphasized inconsistencies in the witnesses' statements and the initial willingness of the victims to meet with Cordero for sex.

One of Cordero's defense attorneys, Dod Ghassemkhani, argued that despite claims by the prosecution and witnesses of being drugged, no date rape drugs had been discovered in the womens' toxicology exams.

Ghassemkhani further argued that was why no expert witnesses related to toxicology and sexual assault exams testified during the preliminary hearing, which "says a lot about (the prosecution's) case."

Cordero was arrested in March. Following his arrest and the District Attorney's Office filing of felony charges, San Diego police put a call out for any potential victims, identifying Cordero as a 6-foot-tall, roughly 185-pound Latino who sports facial stubble and collar-length brown hair. He has been known to identify himself as "J.C." to young women, police said.

Cordero is due back in court Sept. 5 for a Superior Court arraignment. He remains in custody on $2 million bail.