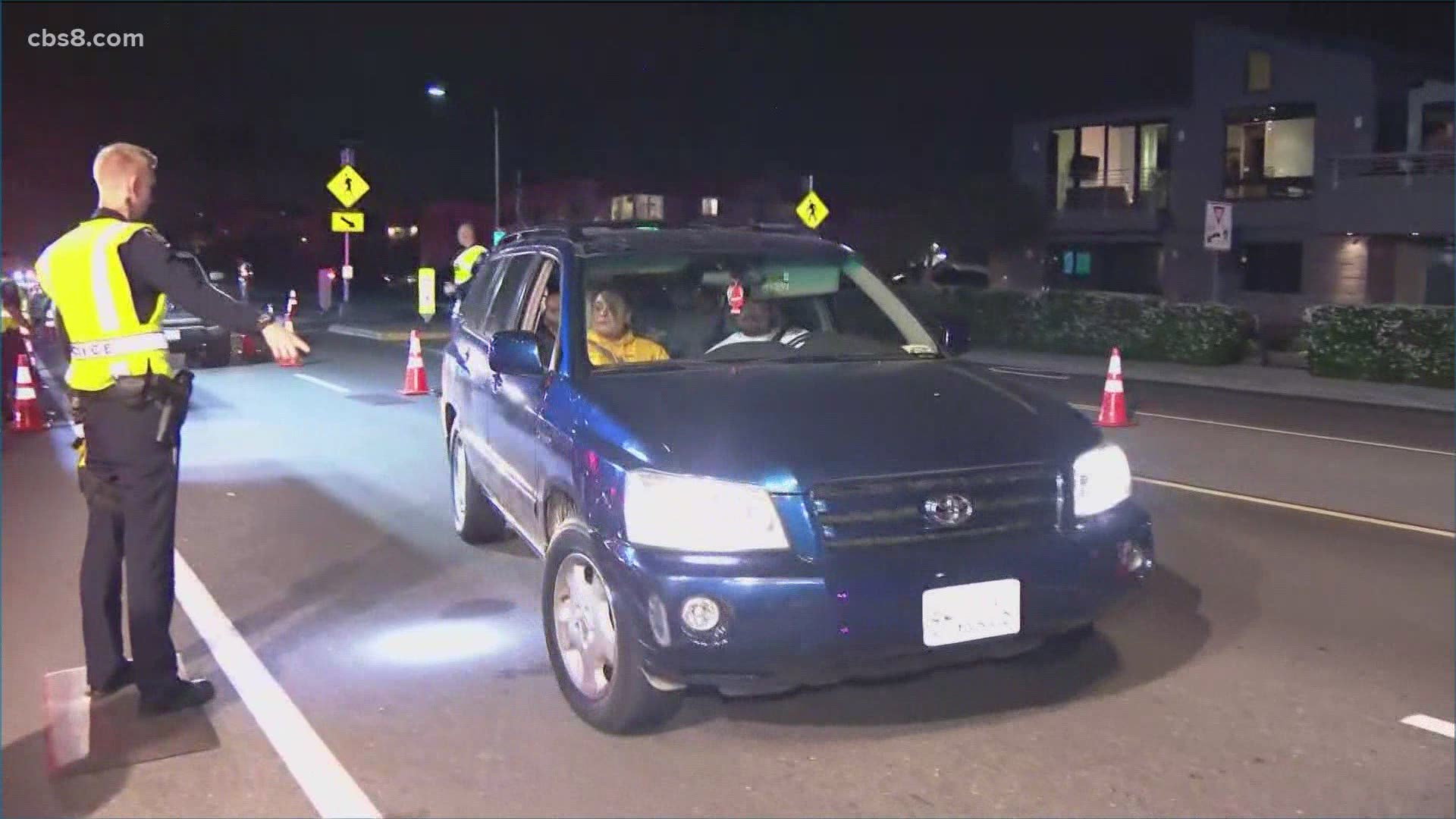 SAN DIEGO — Downtown San Diego has traditionally been a hot spot for New Year's Eve parties. But this year, due to surging coronavirus cases, local leaders are calling for San Diegans to celebrate safely this year at home and not in large gatherings.

"If you can stay home, stay home, but if you must travel, then we want everybody to know that we will be utilizing our maximum enforcement period. We are going to have all available units working the roadways looking for impaired drivers," said Salvador Castro, Public Information Officer, California Highway Patrol- San Diego.

Officers will also be enforcing their program called "Drive High, Get a DUI" by conducting drug evaluations and keeping the roadways safe, but what about San Diego County coronavirus health orders?

“We won’t be dealing too much with that, you know. A lot of that falls on the health department, unless we are called in to assist, like with the Sheriff’s office or with those kinds of cases. Then we will do that," said Tom Bussey, Oceanside police spokesman.

Despite the pandemic, for some, the party will go on. Fliers circulated on social media for multiple events, although a spokesperson for VYBZ on 5th Avenue said its New Years Eve Party was cancelled.

San Diego County leaders were coming down hard against gatherings of any size Thursday night.

"This is not a joke," said Gloria. "This is a matter of life or death.”

The El Cajon Police Department tweeted "Drink & Drive in El Cajon and our officers will show you some new bars!"

Drink & Drive in El Cajon and our Officers will show you some new Bars! 🤭 🚔
Headin into the New Year weekend... we’re all excited to celebrate the end of 2020, let’s do it safely 🤗#dontdrinkanddrive #arrivealive #betterlatethannever #noexcuses #friendsdontletfriendsdrivedrunk pic.twitter.com/VdKASfojr1

National City Police cautioned residents celebrating that "reports of gunfire will be taken seriously and officers will respond appropriately. Anyone engaged in the illegal discharge of a firearm will be arrested," said Captain Alex Hernandez.

The San Diego County curfew is to be enforced, which restricts all non-essential activities from 10 p.m. to 5 a.m.

"I implore you San Diego, do go out and gather this New Year's Eve. Stay home. Celebrate on Zoom. Cheer out your window at midnight," Gloria said.

The CHP Maximum enforcement period is running just after 6 p.m. until Sunday at 11:59 p.m.