Tony Aversa was working as a bar lead at the 710 Beach Club on Sept. 5 when a man punched him in the face breaking his nose and sinus cavity. 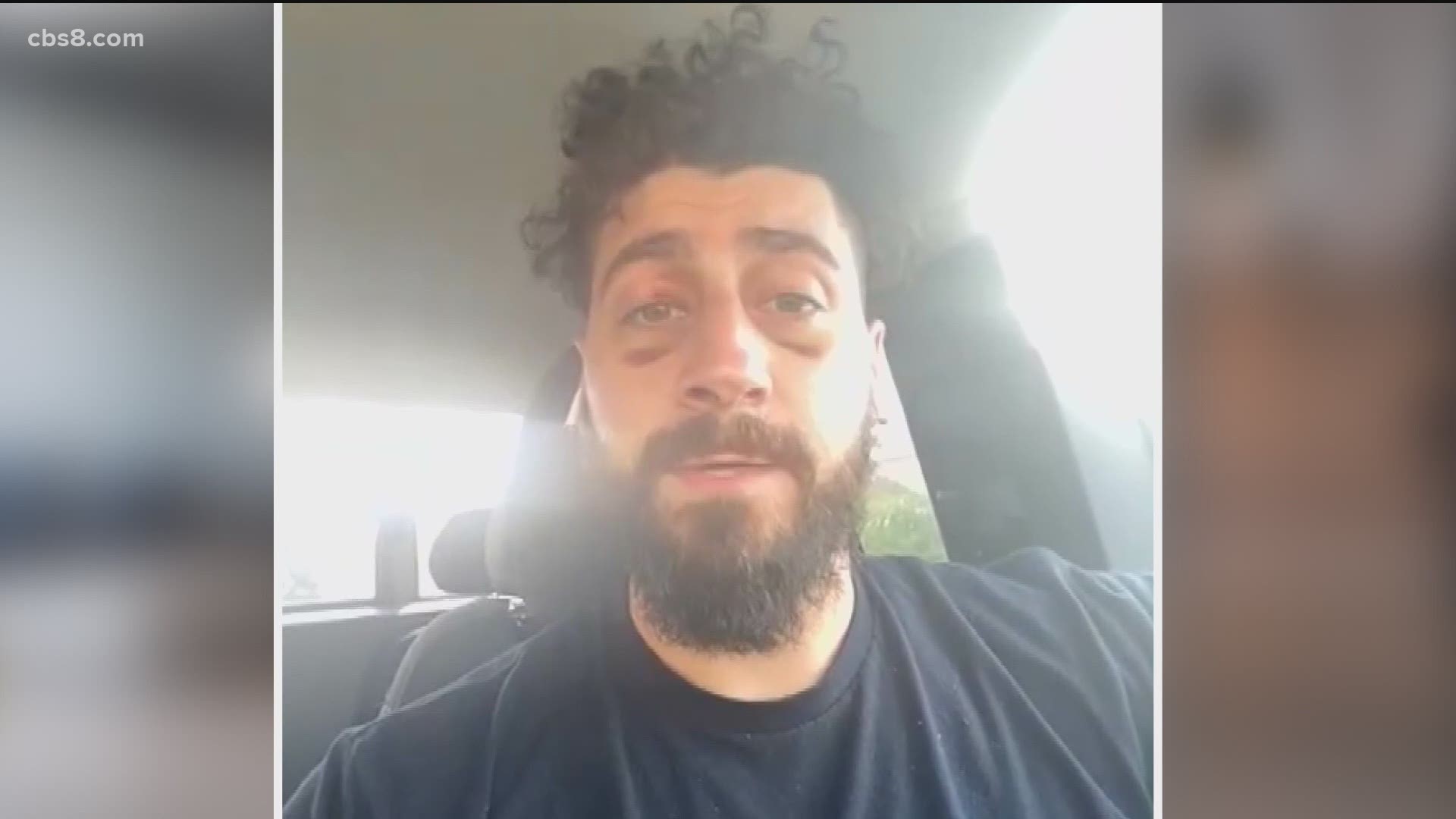 SAN DIEGO — A Pacific Beach bartender claimed he was assaulted over Labor Day weekend after he asked a customer to wear a face covering.

Tony Aversa was working as a bar lead at the 710 Beach Club on Sept. 5 when a group of customers came to the front door and an argument began with his co-workers,

“He apparently had questions about coming in and just refused to put a mask on to be dealt with,” said Aversa, who said he was hit after trying to intervene. “I have a broken nose and then the sinus cavity below my cheek. My entire right nostril is collapsed and I can't breathe out of that and then I have swelling from the sinus cavity of my mouth and teeth so I can't eat solid food at the moment.”

Aversa tried to chase the group, but they left before police arrived.

He expects to have surgery and will miss several weeks of work after being laid off for several months earlier this year when bars and restaurants were forced to close.

“I have unfortunately worked in the industry a long time and it's very rare that you see something come of it, but I'm going to do everything in my power to get this guy,” said Aversa.

A GoFundMe campaign was set up to help raise money for his medical expenses. Anyone with information about the incident can contact the San Diego Police Dept. or CrimeStoppers.

“If, for nothing else, it will bring awareness to, not myself, but everyone in the industry right now and the situation we're all going through,” said Aversa. “Everyone just needs to relax."