An officer shot 61-year-old Richard Young last week, according to police. The featured video is from Oct. 14. 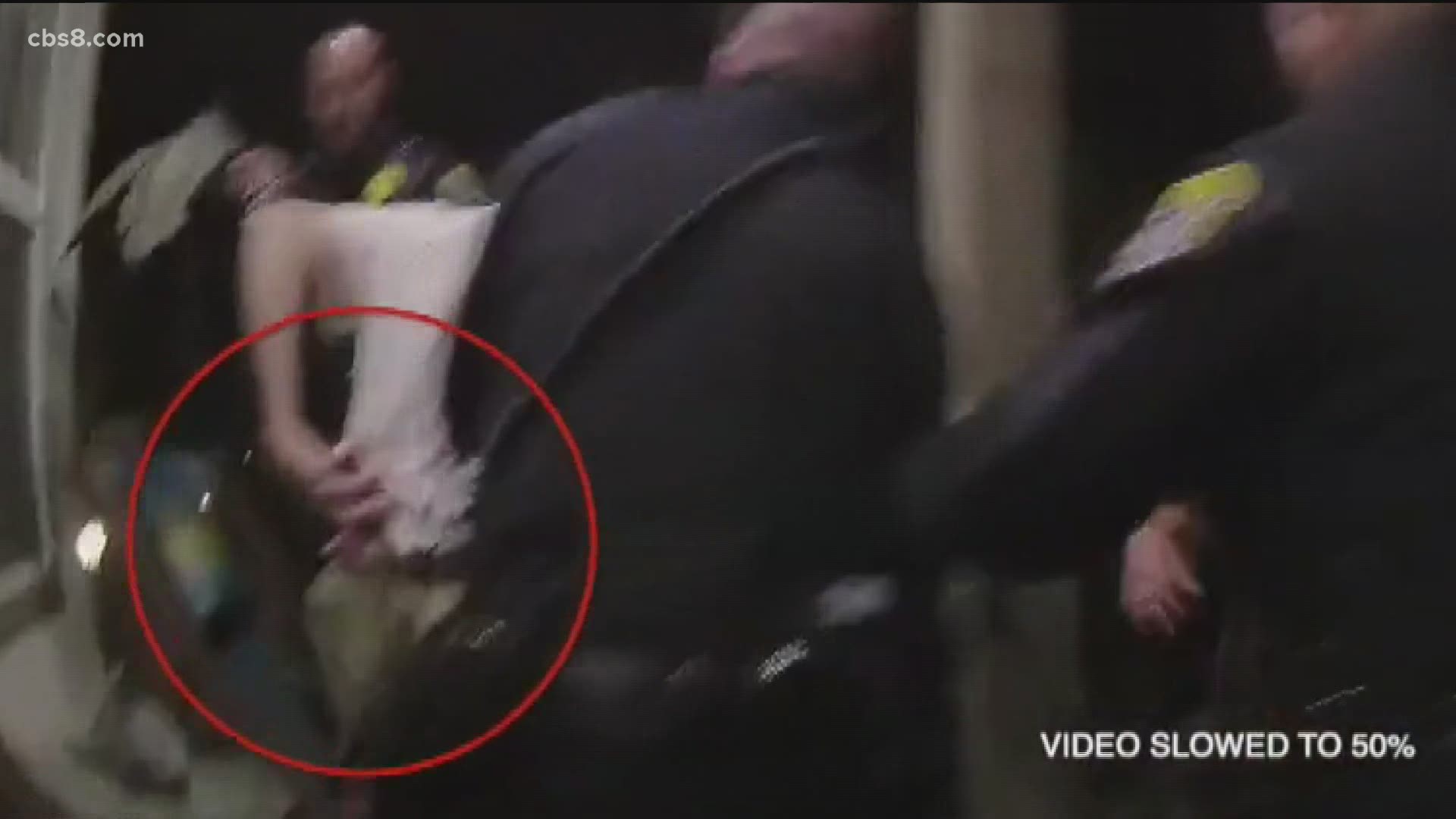 SAN DIEGO — Content warning: The video in this story depicts a shooting and may be disturbing to some viewers.

The incident occurred just after 7:30 p.m. in the 8500 block of Celtic Court last week in a residential area near the intersection of Carmel Valley Road and Camino Del Sur.

The suspect was later identified as Richard Young, 61, and he remained hospitalized under guard as of Thursday.

In the video released by San Diego police on YouTube, parts of the 911 call are redacted, such as the address of the incident.

In a recording shared by police, a woman calls police on her "inebriated" husband. At some points, you can hear profanity in the background, including someone threatening "suicide by cop."

"I simply want (him) to leave the room that I'm in," she is heard telling a dispatcher on a recording of the call.

Young's wife, in response to a question from the dispatcher, confirmed that her husband owned a gun, though she said it was "in storage" and insisted that he was "not going to do anything."

After patrol personnel arrived at the couple's home near Black Mountain Open Space Park, took up positions around it and began making a plan to address the volatile situation, the 911 operator heard what sounded like a struggle over the woman's still-open phone line, SDPD Lt. Matt Dobbs said.

A short time later, officers saw that Young and his wife had come out of their house and were sitting on their front porch. The personnel then moved in, and as one officer pulled Young's wife away from him, several others grabbed him and dragged him out of his chair.

When one officer helped Young to his feet from a sitting position the suspect pulled a handgun from his waistband, police said. The video shared by police includes a portion slowed down and highlighted to show the suspect pulling the gun.

Another officer then fired his service weapon striking Young in the abdomen. Officers called for paramedics.

Young shot was taken to the hospital with non-life-threatening injuries, police said.

No injuries to Young's wife or to the officers who responded to the dispute were reported.

The SDPD Homicide Unit and the department's internal-affairs division are investigating the case, as is standard protocol in instances of officer-involved shootings. The District Attorney's Office ultimately will determine if the officer who fired on Young acted within the bounds of the law in his use of potentially lethal force.

Some parts of the following video have no audio and faces are blurred.