In surveillance footage, a man is seen riding up on a skateboard, attaching something on the front window, igniting a stick and then taking off before it explodes. 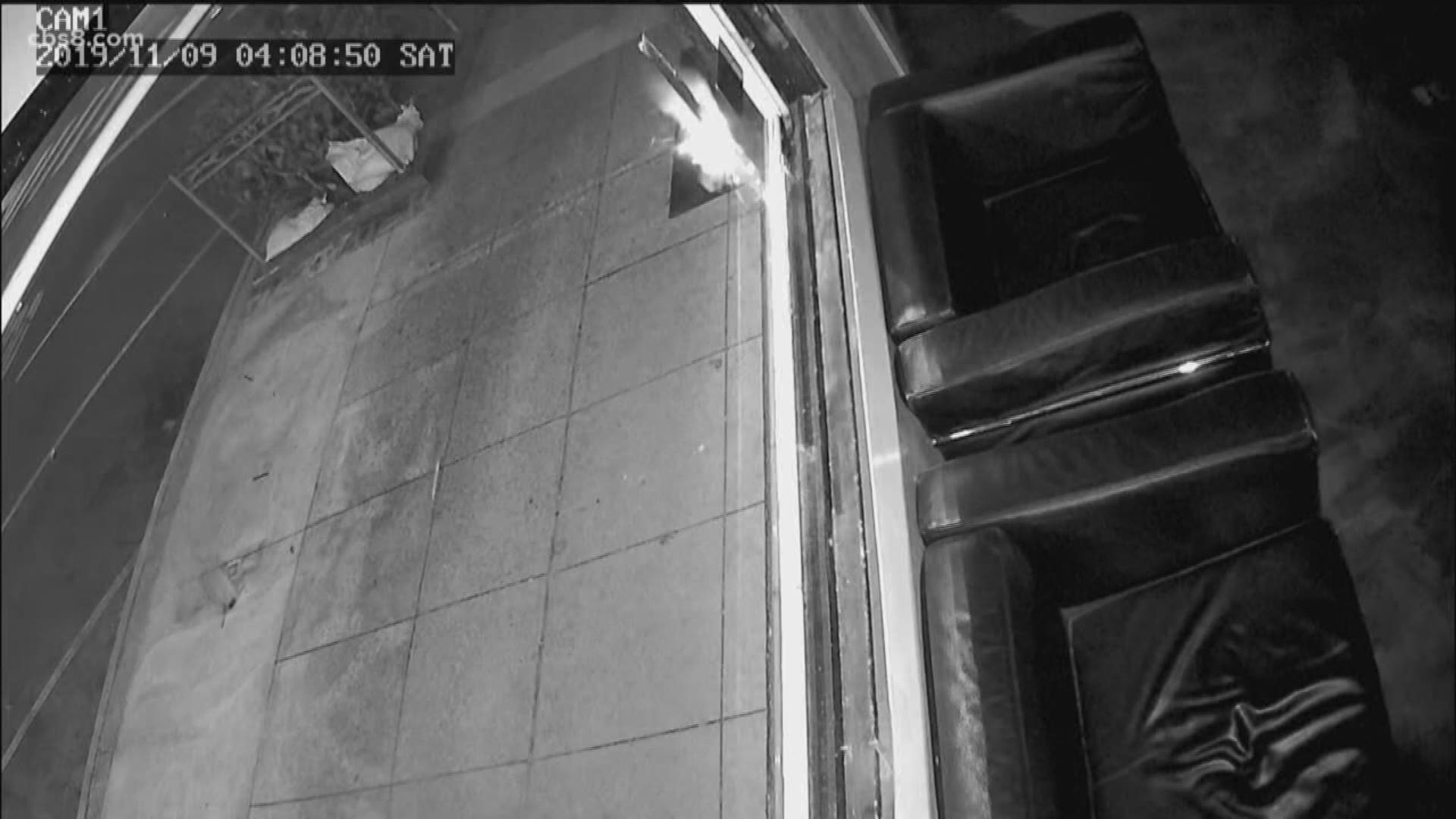 A tattoo shop in Ocean Beach that was vandalized over the weekend has been hit again.

Early Monday morning, News 8 received new video of a vandal throwing something through the window of the Southbay Blackwater Tattoo shop. 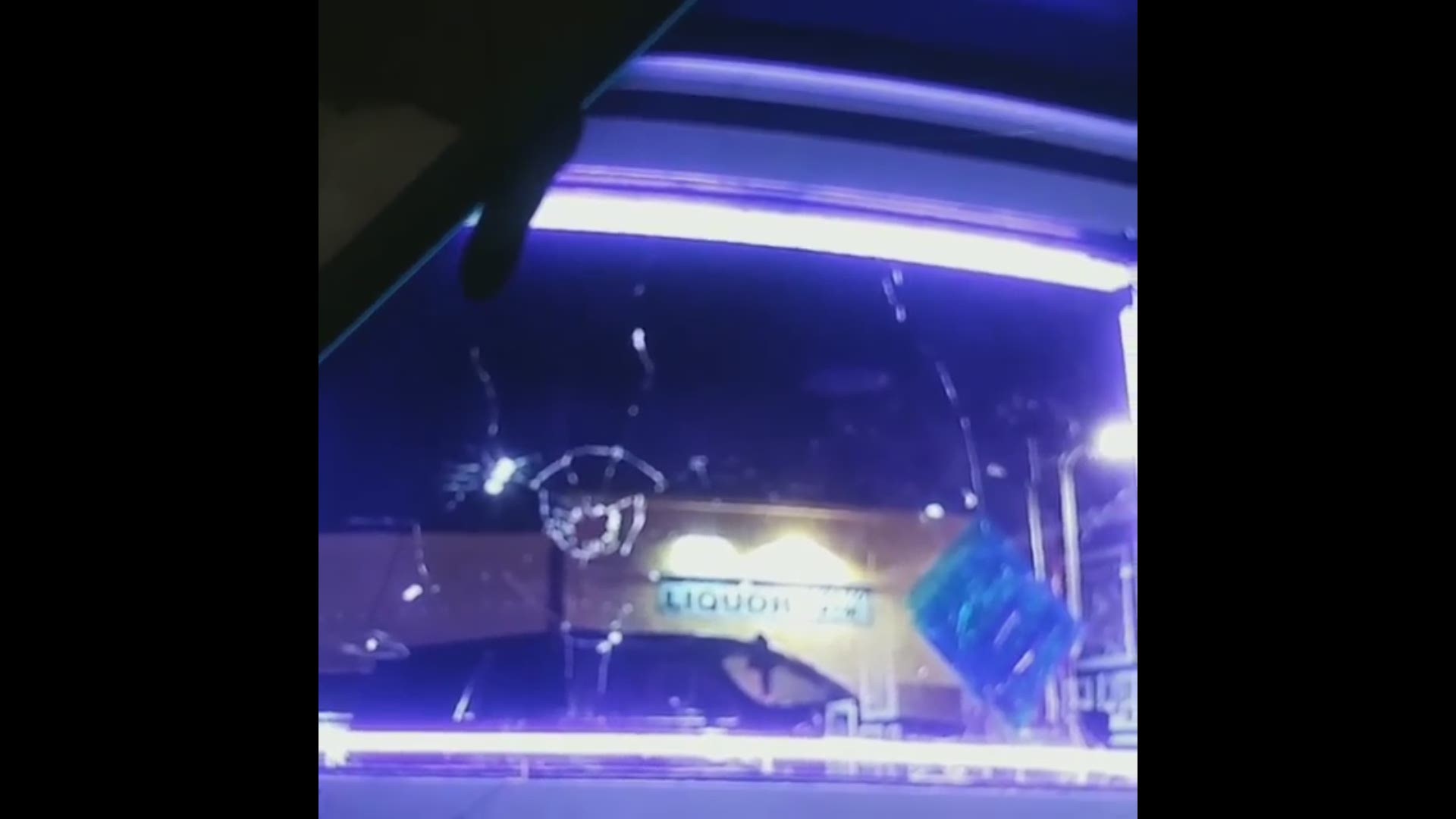 The owner, Mike Kellerman, was spending the night at the tattoo shop for make sure nothing would get stolen. He left briefly to grab a bite to eat, and that's when someone threw a large object at the glass window.

San Diego police are also looking for the original arsonist who blew a hole through the window of the tattoo parlor over the weekend.

The incident happened early Saturday morning just after 4 a.m. The tattoo shop shared surveillance video from inside the shop. In the footage, a male is seen riding up on a skateboard, attaching something on the front window of the shop, igniting a stick and then taking off before it explodes blasting a hole in the window.

The tattoo shop opened a week ago in the heart of Ocean Beach in the 5000 block of Newport Avenue. 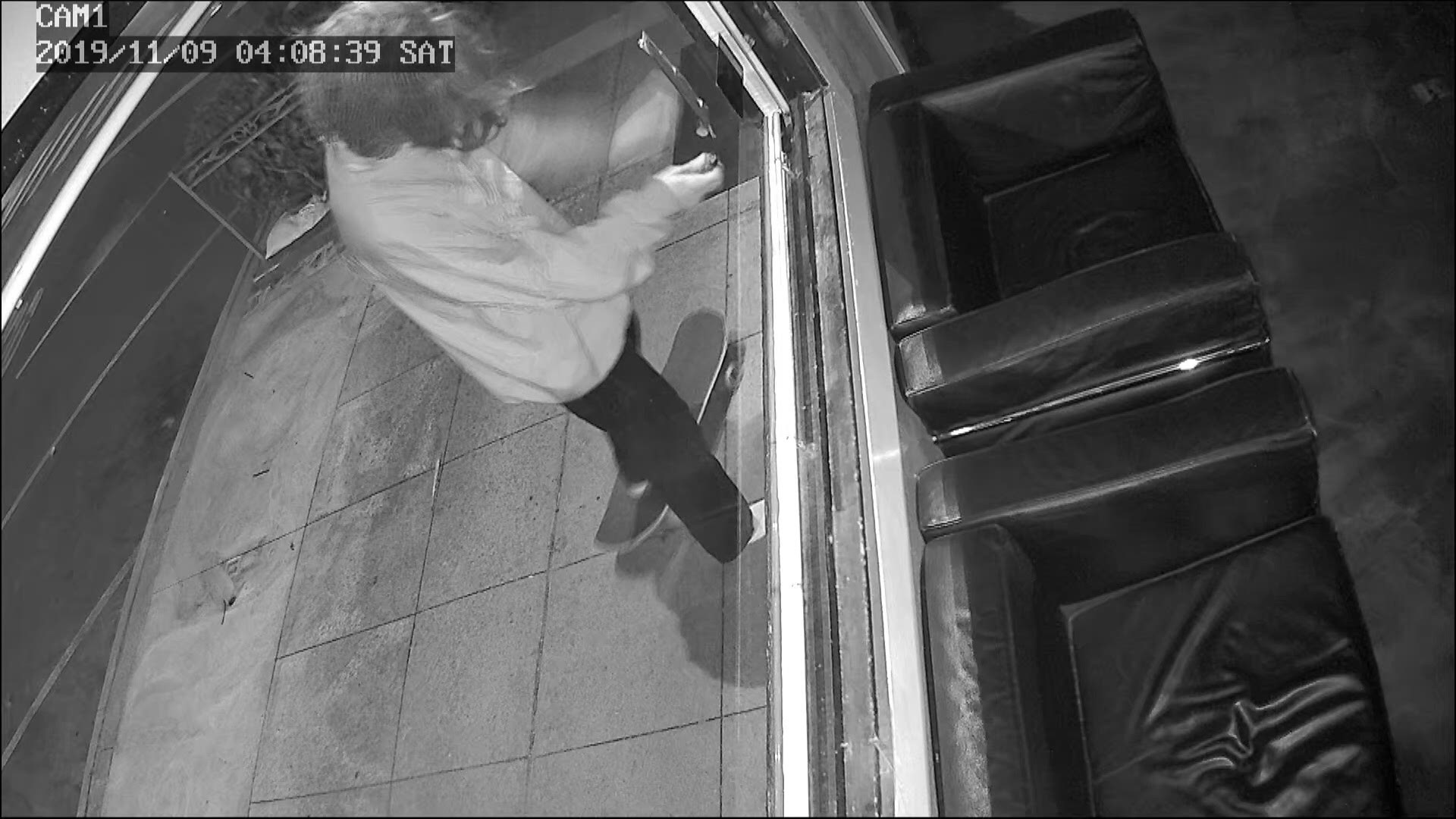 Kellerman says he doesn't know if he was targeted but says the community has been supportive and he wants the vandal caught.

"I was actually relieved I had the cameras," Kellerman said.

He didn't know his new shop had been damaged until he went to work Saturday morning. He then checked to see if his cameras had caught anything.

"The immediate reaction was, 'cool, I got you,'" Kellerman said.

Police took a report but the shop's owner didn't look at a later portion of the video until Sunday.

"Two other individuals come up like it was nothing and are laughing, looking through the hole," Kellerman said.

Kellerman is suspicious about the two males who are seen walking and looking at the damage right after the explosion and are heard yelling something.

Police have not confirmed the two are suspects so News 8 is not showing their faces but authorities may want to speak with them. One is wearing a USC hooded sweatshirt with Nike logo flips flops.

"We are going to catch this guy, or guys, whoever is involved," said Kellerman. "I want them prosecuted to the full extent."

He said he doesn't know who would do this but said he did have a confrontation with another tattoo shop owner last week, but he doesn't believe that would make him a target.

"It's not just for me - it's for Ocean Beach," Kellerman said. "I'm here now. This is my business home so I'm going to look after the other businesses as well.

If you have any information on the incident, you are asked to call police.