SDPD says one man has died as a result of the shooting and the suspect is still outstanding. 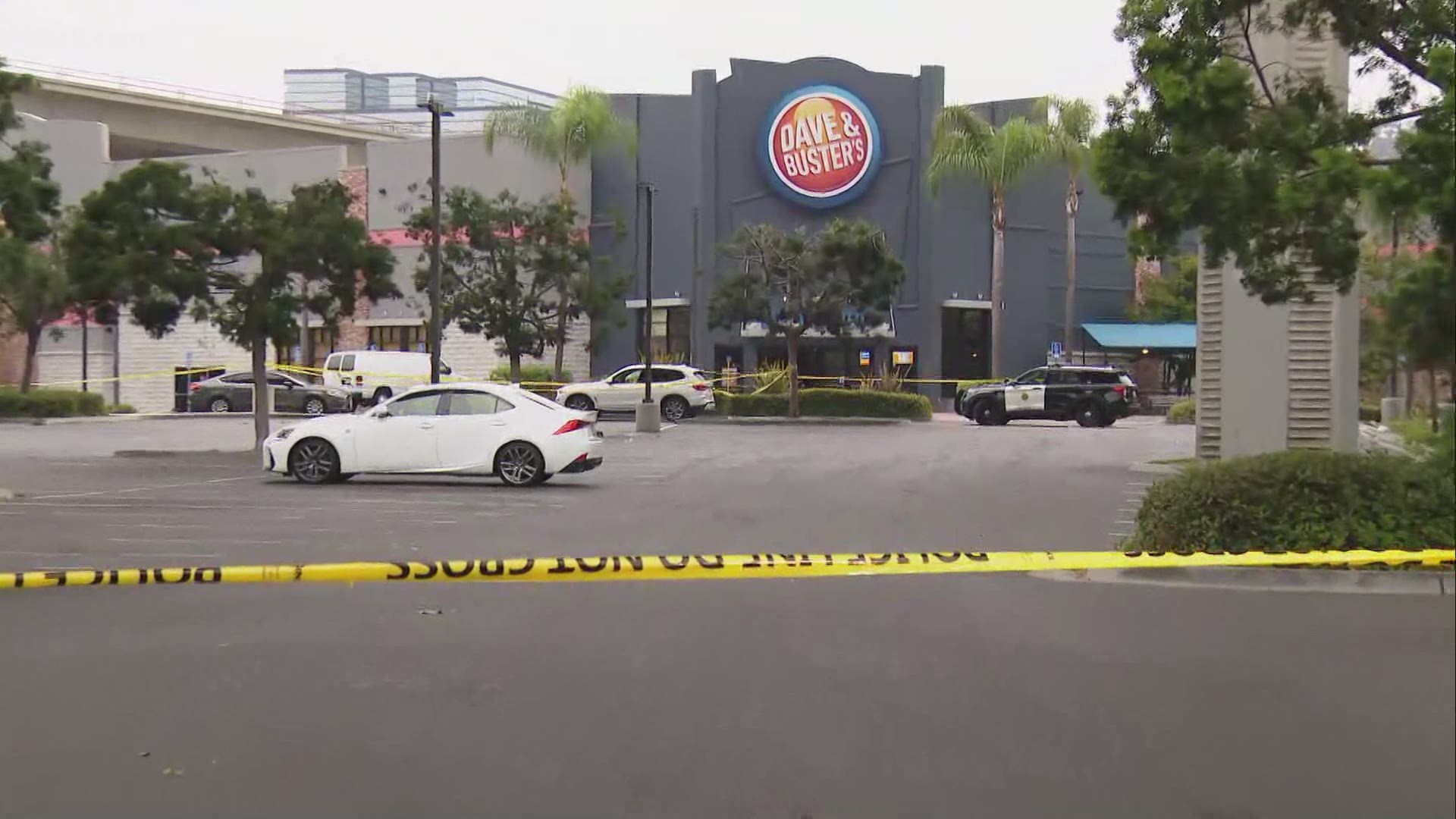 SAN DIEGO — A 28-year-old man was shot and killed inside the Dave & Buster's arcade and restaurant in the Mission Valley area, police said today.

Responding officers found a 28-year-old man in the dining area suffering from a gunshot wound to his torso.

The victim was taken to a hospital, where he was later pronounced dead, Brown said. The man's name was withheld pending family notification.

The circumstances leading up to the shooting were under investigation.

Witnesses reported seeing a dark-colored SUV leaving the parking lot after the shooting. A detailed description of the gunman was not immediately available.

"Investigators are aware of the large crowd present at the time of the incident and would like to speak to them," Brown said.

A spokesperson for Dave and Buster's reached out to News 8 with the following statement on Friday evening:

"Our thoughts and sympathies are with the victim and his family at this terrible time, and we are doing everything possible to support the police in their investigation. The safety of our guests and team is our priority. We thank our team members and security officers who quickly mobilized to help others during this horrible incident.”