An Alpine Children's Academy aide allegedly poured water on a sleeping toddler, videotaped the act and posted the footage on social media. She has since been fired. 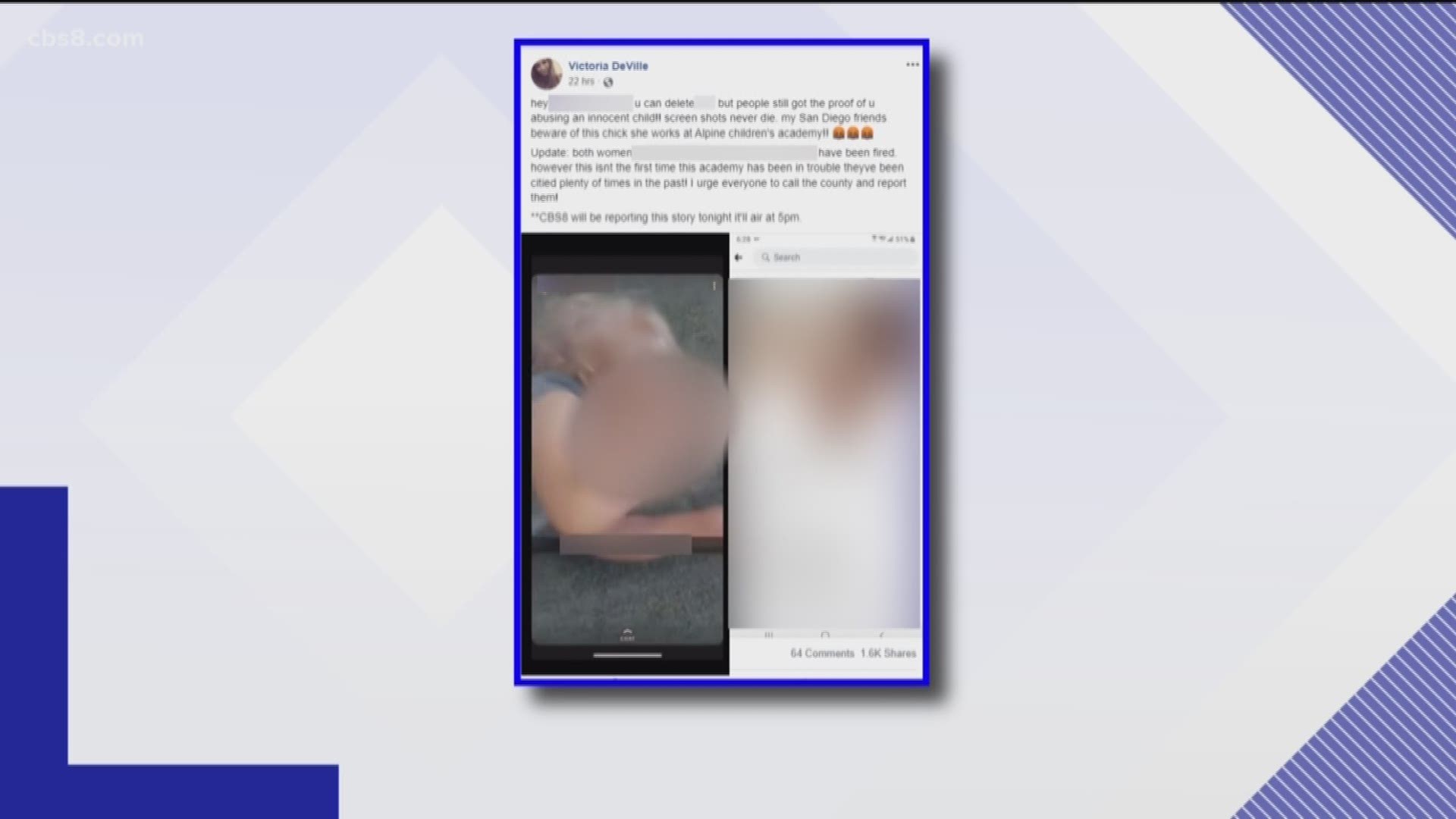 An Alpine Children's Academy employee allegedly poured water on a sleeping 18-month-old girl, videotaped the act and posted the footage on social media, according to San Diego County Sheriff's Department officials and Hunan Arshakian, owner of the daycare center in the 2400 block of Alpine Boulevard.

The baby did not suffer any injuries, Arshakian said, adding that a motive for the alleged abuse was unclear.

The original video was later deleted but not before others captured and shared it online eliciting strong reactions from many parents and community members across social media.

One user wrote in part:

"I'm so scared of daycares because there are some really sick people out there."

The purported crime was reported Wednesday afternoon. Upon learning about it an hour later, the director of the facility immediately fired the teacher's aide suspected of doing it and reported it to authorities, Arshakian said. A second employee believed to have been involved in the episode also was terminated, he said. Their names have not been released.

"The actions you see in this video are disgusting and we do not tolerate this type of behavior," the owner of the daycare said in a statement.

The baby's parents were immediately notified and elected to keep the girl enrolled in the daycare center, Arshakian said.

Cathy Allister with the San Diego Sheriff's Office says they started receiving calls about the video Wednesday.Since then, deputies have visited the property, and are in the process of interviewing people.

As of Thursday, no arrests had been made but there is a possibility charges could be filed in this case.