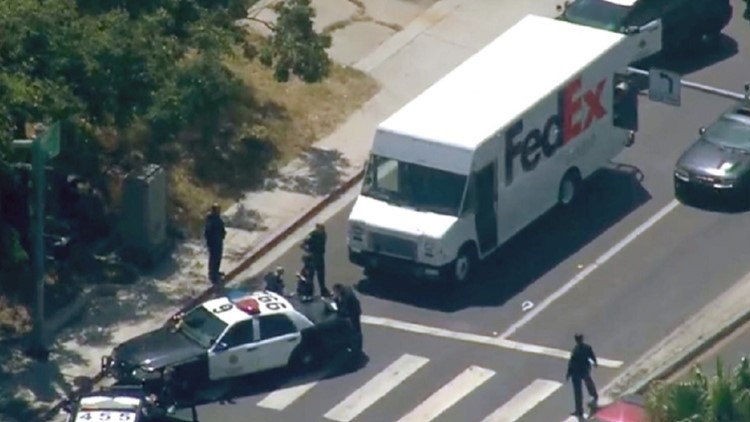 SAN DIEGO — Police arrested a suspect in the theft of a FedEx vehicle near Southcrest Friday.

A FedEx driver reported his truck was stolen about 10:40 a.m. at 235 S. Willie James Jones Ave., according to the San Diego Police Department. The employee said he saw the suspect drive off with the vehicle.

The truck was located around 11 a.m. near 43rd Street and Alpha Street. The FedEx driver worked with police to locate the truck.

The driver of the stolen vehicle was taken into custody, police said.