A concerning social post by an SDPD officer is under review. 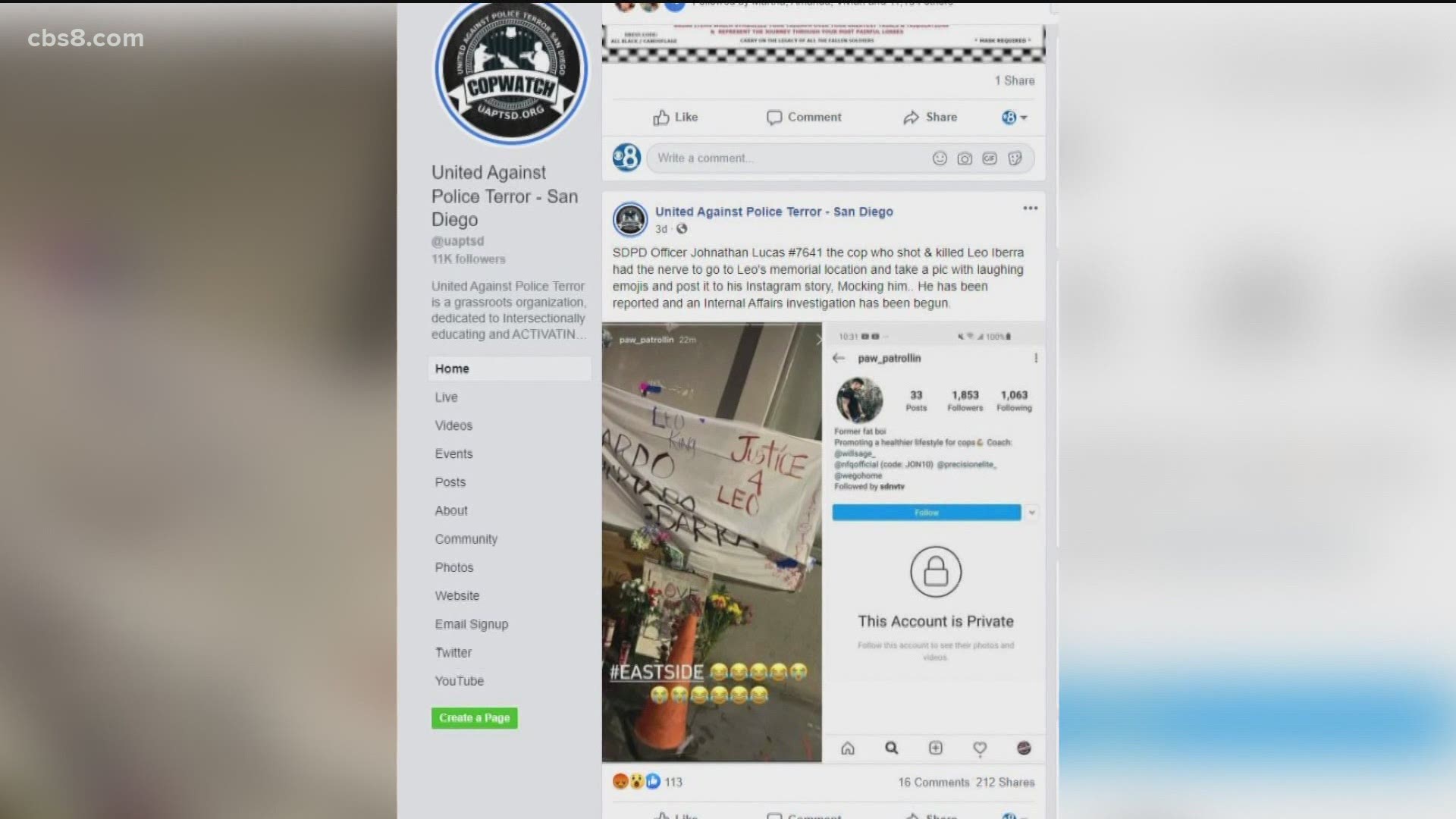 Nisleit said the officer's Instagram post made light of an officer-involved shooting at a time where there is tension between police and the community at-large.

Similarly, according to a report in the San Diego Union-Tribune, the concerning social post was made on Instagram by an officer and appeared to make light of a memorial for Leonardo Ibarra, who was fatally shot during an incident with SDPD in June.

“I am shocked and disturbed," said Nisleit.

A screenshot of the Instagram post has been shared by several groups showing an outdoor memorial for Ibarra and a sheet that has "Justice 4 Leo" written on it. The post in question was shared by an SDPD officer with the word #EASTSIDE and several laughing and crying emojis posted over it.

Nislet apologized to the family on Tuesday, adding, "I do not take these allegations lightly."

“I will not hesitate to hold our officers responsible,” said Nisleit.

The police incident took place on Saturday, June 27, 2020, in the 1200 block of Sixth Avenue in the Core-Columbia district.

Officers said they were driving and recognized Leonardo Ibarra, 25, from a wanted poster. As they stopped and approached him, Ibarra pulled out what was later revealed to be a gun wrapped in a camouflage cloth. Both officers opened fire, hitting Ibarra several times.

He was taken to an area hospital with life-threatening injuries. Leonardo Hurtado Ibarra succumbed to his injuries in a hospital on Monday, three days after the police shooting.

Protesters arrived at the scene within hours to demand transparency in the investigation.

The San Diego Police Department earned praise from fierce critics after it released footage from multiple angles, including officers’ body-worn cameras, of the shooting Saturday evening within 24 hours.