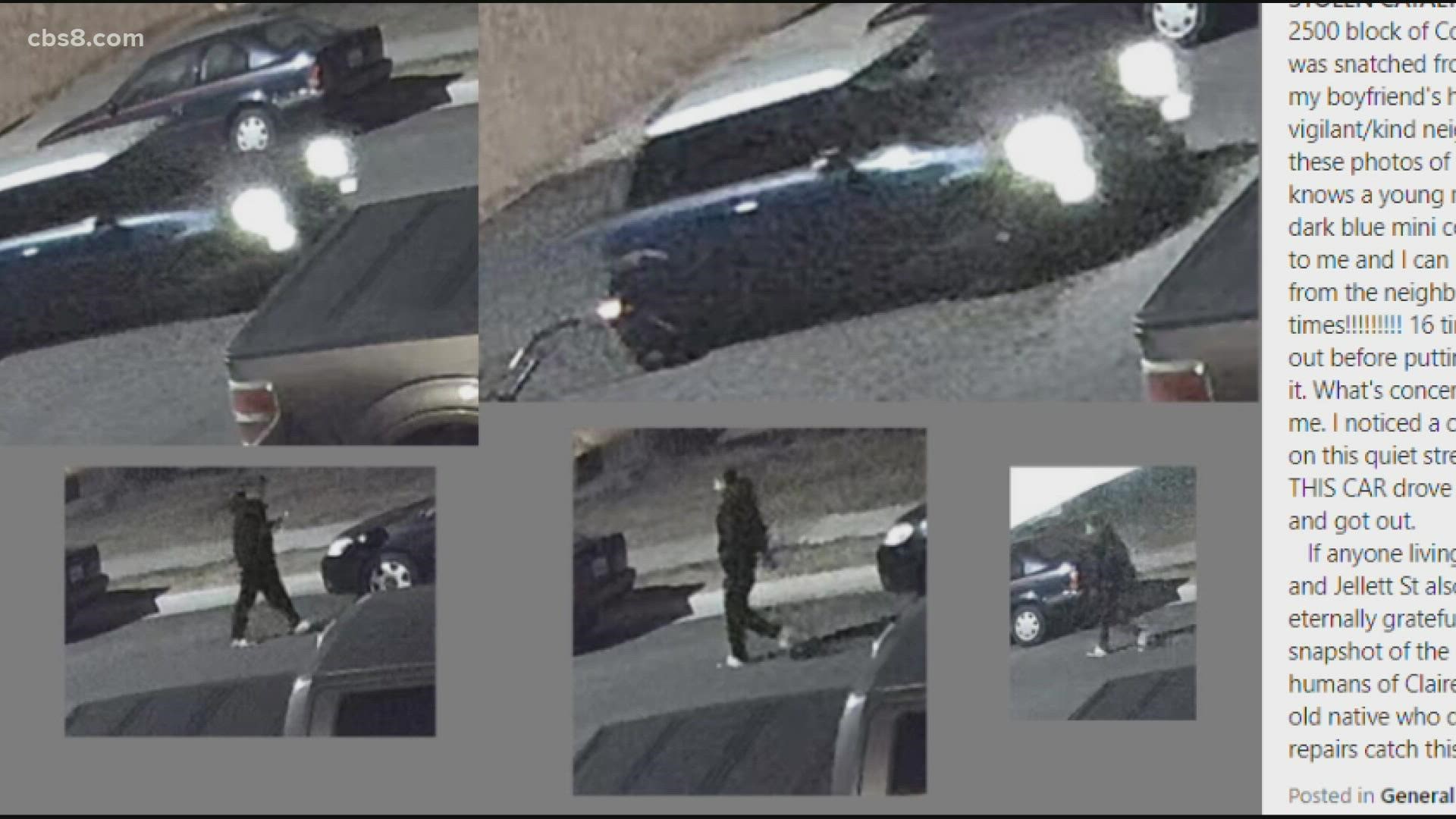 SAN DIEGO — A suspect has been identified in a series of catalytic converter thefts the Clairemont area, thanks to neighbors posting surveillance videos on Nextdoor.

The man was seen on surveillance video in early September prowling the neighborhoods of Clairemont Mesa and Bay Park, and targeting Toyota Prius vehicles to rip off catalytic converters.

The smog devices attached to the exhaust system contain platinum and other precious metals, which thieves cash in on at recycling yards.

Eventually, a neighbor spotted the Mini Cooper driving through the neighborhood and was able to get his license plate number, according to multiple posts on Nextdoor.

Then came news of an arrest, in an email from SDPD to one of the theft victims.

“Due to the video evidence you provided and the community help we have received from your additional posting on Nextdoor to encourage community members to reach out to me, we have made an arrest and impounded the suspect vehicle,” the email reportedly said.

One Prius owner in the area told News 8 it cost her more than $3,000 to get the stolen catalytic converter replaced, and another $350 dollars to get a Cat Security shield installed on the bottom of her car to prevent future thefts.

Local mechanics have seen a recent spike in vehicles being hit.

“Just last week there were about four cars in total that had their catalytic converters stolen, three Priuses and one big truck.  So, they're getting ripped out pretty good,” said Neil Goyette, a service manager Holmberg Automotive in Kearny Mesa.

Goyette said it might be worth it to install an aftermarket shield if you can’t park your Prius in a garage at night.

“Initially, if someone looks under there and sees that they're not able to cut it out as easily, I'm sure it deters them,” he said.

News 8 reached out to San Diego police and a spokesperson emailed us the following arrest information:

"Detectives arrested Oscar Omar Romero Hernandez, 34, at 5400 Clairemont Mesa Boulevard on September 23, 2021 at about 6:20 p.m. He was arrested for grand theft, felony vandalism, identity theft, possession of a controlled substance, and obstructing/resisting/delaying officers."

Romero is set to be arraigned September 28 in the downtown courthouse.