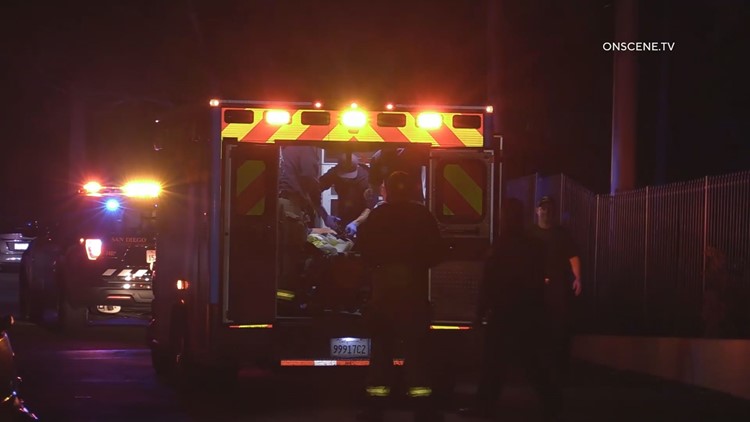 SAN DIEGO — A 15-year-old boy was shot in the "abdomen/hip area" Sunday near the 47th Street Trolley Station in Chollas View, police said.

The shooting happened at 3:40 a.m. at an apartment complex near the station in the 300 block of 47th Street. The boy was taken to Mercy Hospital where he underwent surgery. Police said the victim was uncooperative.

One was described as a dark sedan and the other as a gray Cherokee-style SUV, according to San Diego Police Lieutenant Christian Sharp.

Sharp described the boy's injury as a "serious wound."

Anyone with information related to the incident is encouraged to call police.