“Unbelievable shock. We've already been through enough shock and to go through this again,” said Dale Wilson, evacuee. 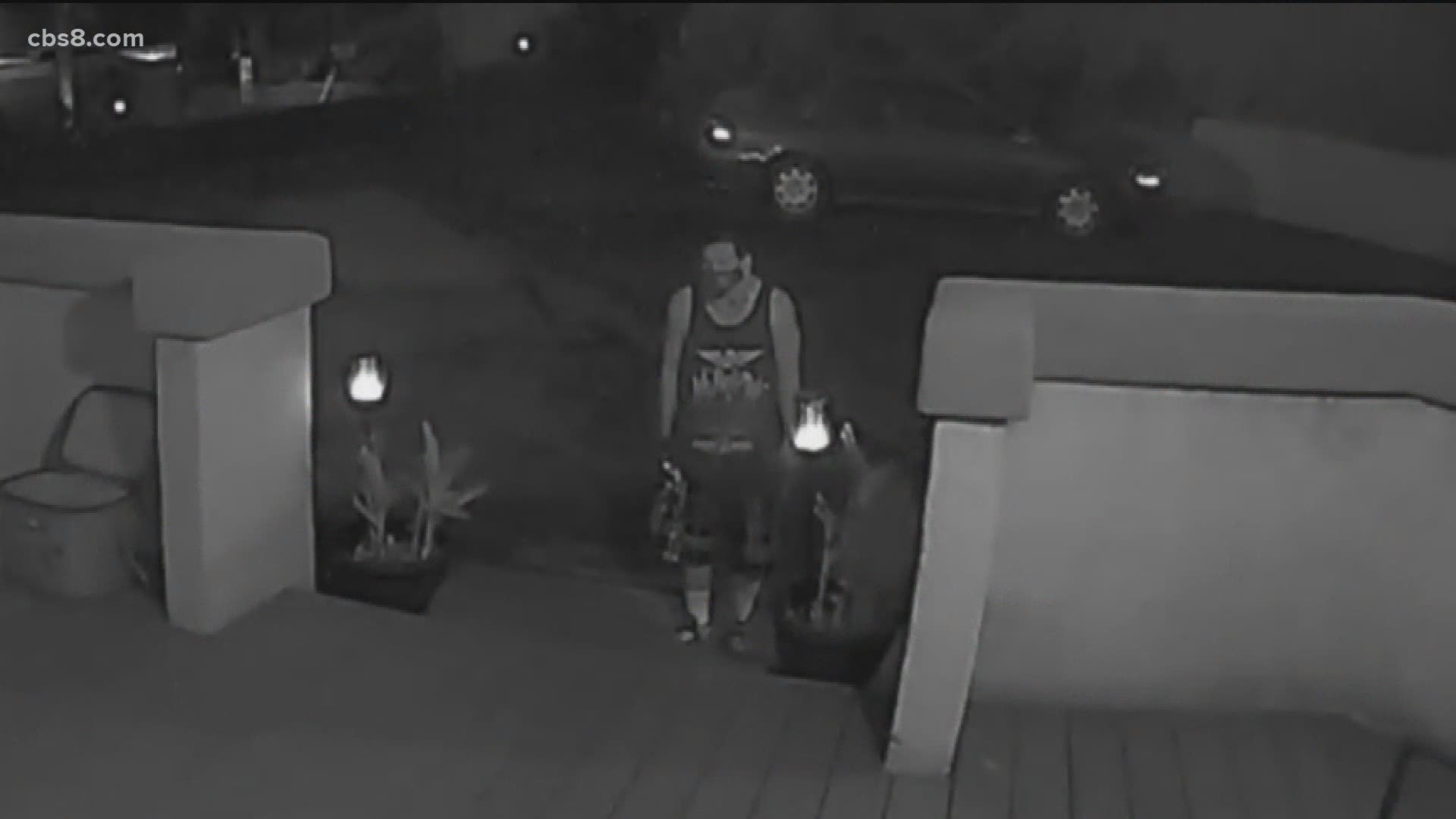 VISTA, Calif. — Sadly, thieves are already preying on Valley Fire evacuees. A Lawson Valley family seeking shelter had their car stolen from their son’s driveway early Tuesday morning in Vista with their belongings and family heirlooms inside.

“Unbelievable shock. We've already been through enough shock and to go through this again,” said Dale Wilson, evacuee.

“As we were waiting, everything turned orange and I looked up at the mountain and saw 60- to 80-foot flames. I turned to my wife and said, 'our home is gone, our home is gone,'” said Wilson.

Their home was spared but they are still worried with the Santa Ana winds this week and now they worry about their stolen items.

On Tuesday morning, Wilson’s son Willie went outside and noticed his parents' 1998 purple/grey Honda Accord was gone.

His dad is a home inspector and all his tools were gone along with sentimental items and family heirlooms that his mother packed which belonged to her late mother.

“[There were] diaries, dolls, pictures. Things that her mother who has passed away had given her and they were really special to her,” said Dale Wilson.

Their pain is also being felt by their 8-year-old grandson.

“I was super sad and I will never forgive what that person did,” said Wyland Wilson.

Instead of being angry, Dale Wilson and his wife went to Facebook and GoFundMe to post surveillance video captured from a Ring camera of a suspicious man casing the Vista home and car around 1 a.m.Tuesday morning.

“The only thing that can cut through darkness is light and we have seen the light in Vista,” said Willie Wilson.

Diana has eight siblings in Vista, so word traveled fast.

“From praying to meals to [people asking] 'how we can replenish tools so he can get back to work,?'” said Willie Wilson.

The overwhelming support has the Wilsons focused on the good during this devastating moment.

“We look at the positives and the love that has been pouring out. My son and my grandson and everybody, those are really important,” said Dale Wilson.

The stolen car is a 1998 purple/grey Honda Accord with a California license plate DPC 4941. If you have any information call the sheriff’s department.

If you would like to help the Wilsons go to their GoFundMe by clicking here.