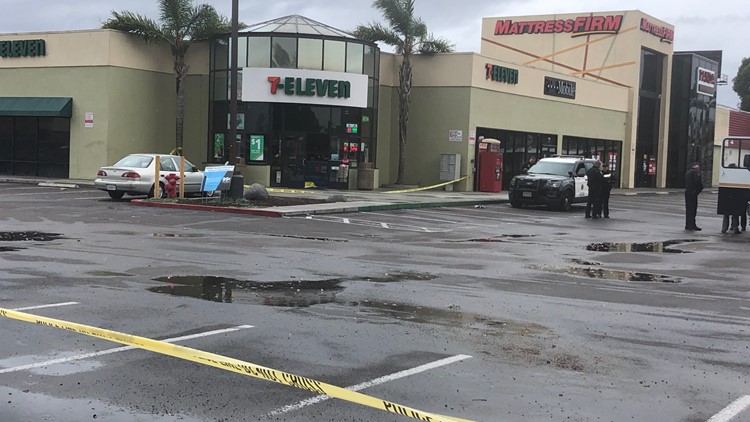 SAN DIEGO — A man was who was fatally stabbed Thursday morning in a Midway District strip mall was identified Sunday by authorities. Since the Thanksgiving Day stabbing police have been on the lookout for the suspect, who apparently stabbed the victim following an argument.

The stabbing was reported at around 8 a.m. Thursday in the 3100 block of Sports Arena Boulevard, according to San Diego police. When the officers arrived, they found a man with significant trauma to his neck.

The 55-year-old victim - later identified as Robert Frank Erbe - was taken to a hospital where he was pronounced dead, SDPD Lt. Matt Dobbs said.

The lieutenant said early indications are that the victim and suspect had "an altercation" outside a business, leading to the suspect stabbing the victim in the neck with an unknown weapon.

The suspect was described as a white male between 20 and 40 years of age. He was last seen wearing a dark hooded sweatshirt, blue digital camouflage pants, a blue hospital mask and a backpack.