No arrests have been made in the January 31 stabbing of 15-year-old Devin Griffiths. He died 16 days later. 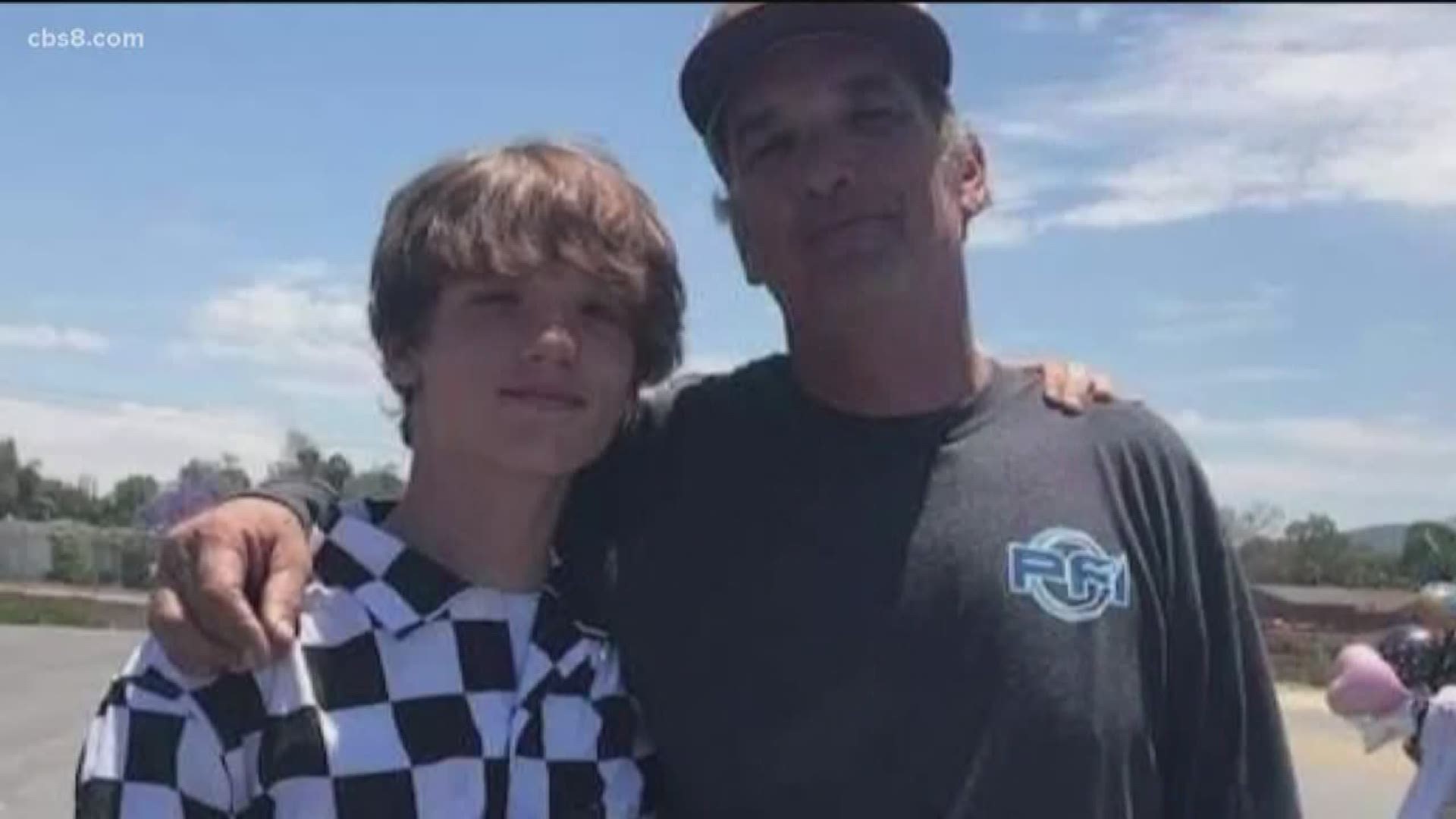 Family and friends came together Sunday to honor a local teen who died after trying to break up a fight outside a house party in Chula Vista last month.

Dozens gathered at a home in the 900 block of Maria Way to honor 15-year-old Devin Griffiths. The Helix High School student was stabbed January 31 outside a house party at that same address.

"Devin was killed here. We want everyone who loved Devin to come out and celebrate him - to say a prayer for him," said Christina Soltero.

Soltero is a staff member at Helix High. She said Griffiths was one of her favorite students.

"I met Devin his freshman year of high school," she said. "He was always a respectful student to me. Just a great kid all around."

Police say there were no adults at that house party. Video from it was posted on social media and went viral. Investigators said there was a fight about a girl. Devin was not involved but tried to save his friend from being attacked by eight to 15 males and females.

Griffiths was stabbed and taken to the hospital. He died 16 days later.

So far, there have been no arrests in this case.

Chula Vista police want anyone with information to come forward. They believe the suspects are between the ages of 17 and 20 years old. Detectives are working to locate witnesses or suspects.

Investigators are asking parents of kids who were at the party to talk to them. They believe there is likely video or photos taken that might be able to help them with the investigation. Contact Chula Vista PD or Crimestoppers at (619) 691-5178.