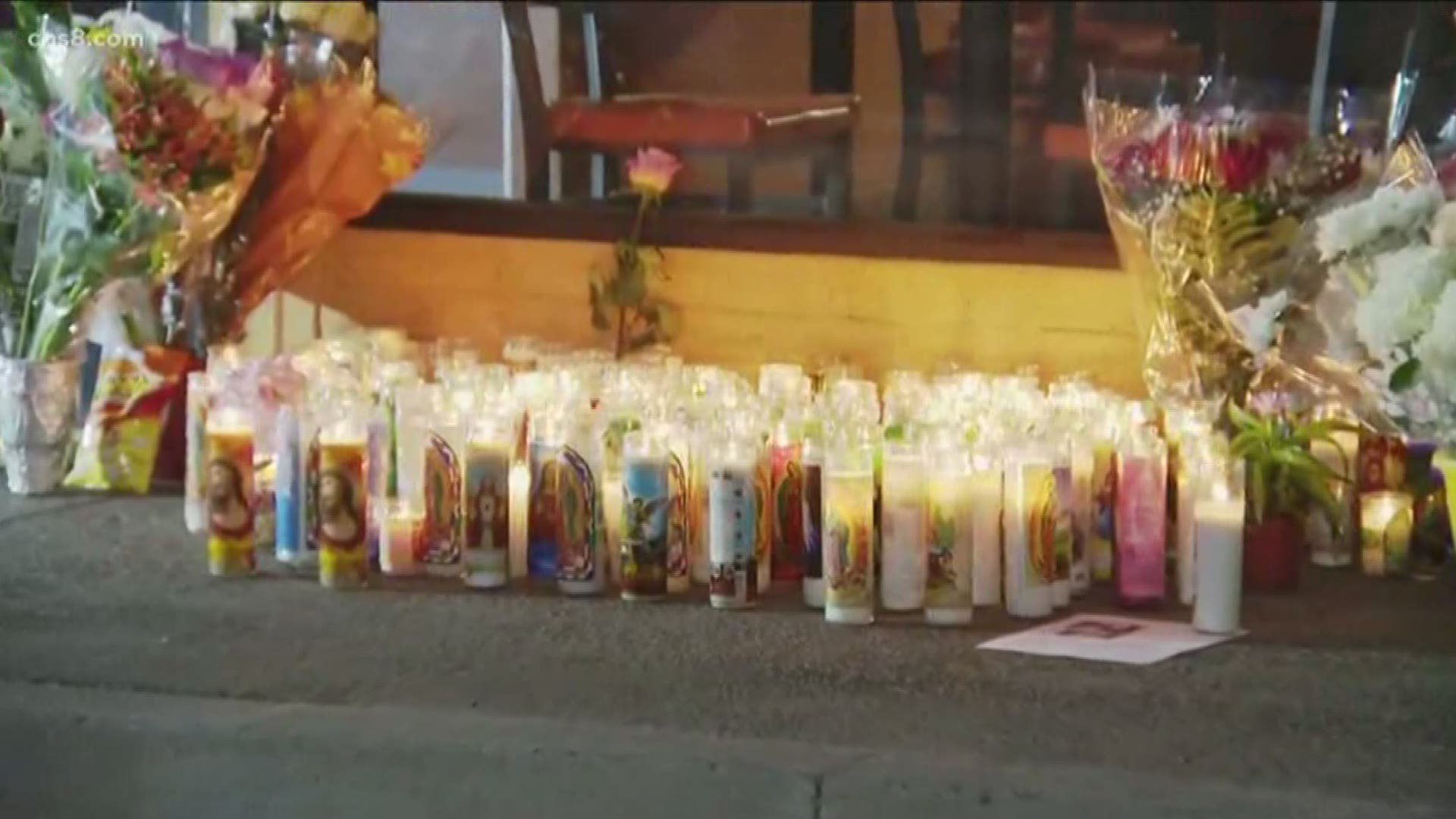 SAN DIEGO — A candlelight vigil was held Friday at the Church's Chicken in Otay Mesa in remembrance of Maribel Merino Ibanez, the woman who was killed Wednesday night after being shot by a customer.

Loved ones gathered in the parking lot of Church's Chicken on Picador Boulevard and Del Sol Boulevard.

"I want to give thanks to all of you that came here to be my support for my child. I have a lot of pain in my heart," said Maribel's mother through tears.

Maribel's family said the the purpose Friday's vigil was to provide a place for the community to affirm its witness against violence and to remember the loss of Maribel.

Maribel was an employee of Church’s Chicken for eight years and was working Wednesday night when a man came in and attempted to use what police are calling a counterfeit bill. When employees refused, the man left and later returned with a gun taking aim at the three employees in the restaurant.

Two other employees were injured - one was treated for his injuries and released from the hospital and the other victim remained in stable condition as of Thursday night, according to the San Diego Police Department.

Maribel was married earlier this year on March 12. A GoFundMe page to help the family with funeral expenses for Maribel describes the newlywed as a “loving daughter, sister and aunt.”

Church's Chicken in Otay Mesa remained closed Friday. Throughout the morning people stopped by leaving candles and flowers to show their respect.

Police said they believed the gunman in Wednesday's deadly shooting was a regular customer of the Church's Chicken location.

The picture below, which was taken from surveillance footage, was released by San Diego police and it is believed to be the suspect's car.

The suspect left the scene and drove northbound on Picador Boulevard.

The San Diego County District Attorney’s Victim Services Division provides assistance to individuals who qualify for victim services and resources through the state of California’s Victim Compensation Board, which provides assistance in paying for expenses associated with loss and recovery.

Watch the full vigil below: