The case joins numerous others across California related to accusations of prison inmates and others defrauding the state unemployment benefit system. 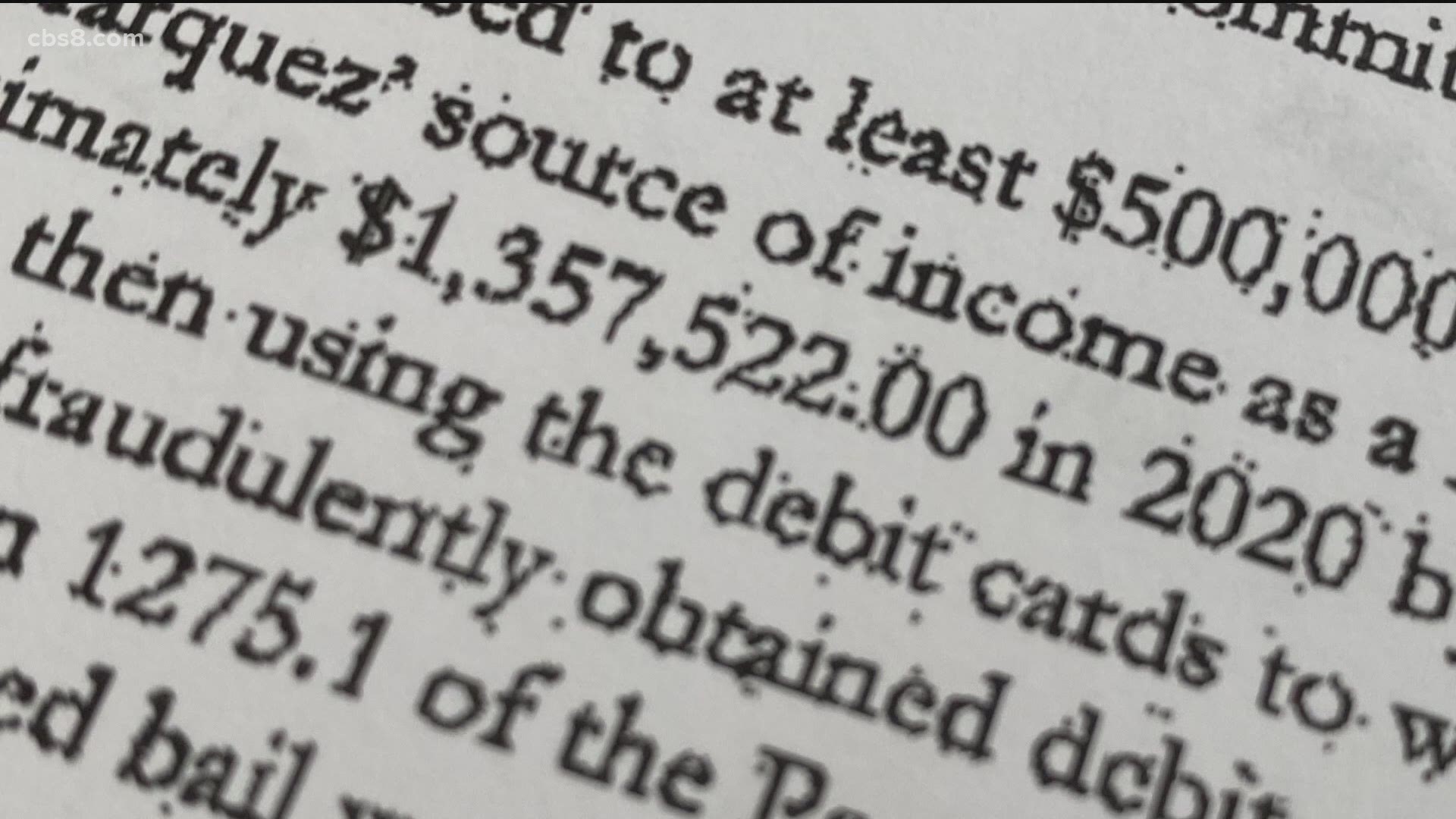 SAN DIEGO COUNTY, Calif. — A woman who allegedly took part in a scheme to use at least 64 prison inmates' personal information to fraudulently obtain more than $1.3 million in unemployment benefits pleaded not guilty Tuesday to 16 felony counts, including grand theft, forgery and ID theft.

Maereichelle Marquez, 34, is charged along with her husband, 34-year-old Ryan Kubista and mother-in-law, 61-year-old Stacy Wright in connection with allegedly using the names of inmates to apply for unemployment benefits, which inmates are not eligible to receive.

The three family members allegedly had the Employment Development Department benefits and EDD Bank of America debit cards mailed to their homes or P.O. Boxes in Escondido, Carlsbad and Vista.

The defendants face anywhere from three to 12 years in state prison if convicted of all charges.

Kubista is in custody and is expected to be arraigned by the end of the week.  Wright is out on bail with an arraignment set for August.  The judge set bail for Marquez at $900,000 pending a bail review hearing set for April 5.

The case joins numerous others across California related to accusations of prison inmates and others defrauding the state unemployment benefit system.

"These individuals gamed the system and added insult to injury for families relying on legitimate unemployment benefits to make ends meet during the ongoing pandemic," San Diego County District Attorney Summer Stephan said. "This is the second large-scale unemployment benefits fraud case my office has filed this year and we are continuing to work with CDCR (California Department of Corrections and Rehabilitation) and EDD to root out this type of fraud which could total as much as $5 million in San Diego County."

In January, the DA's Office announced that nine defendants had been charged with conspiracy, grand theft, and making false statements for unemployment benefits in connection with a scheme that allegedly netted those defendants more than $160,000 in unemployment checks.

All nine defendants were inmates assigned to the Male Community Reentry Program, which allows some inmates to serve the finals months of their sentences in a halfway house. The men allegedly lied on EDD application forms and violated state prison rules regarding applying for public aid in order to receive the ill-gotten payments, which were used to buy everything from luxury items to food deliveries from restaurants, according to the DA's Office.