Alondra Marquez pleaded guilty last month to gross vehicular manslaughter while intoxicated and DUI causing injury for a crash that killed a man and injured another. 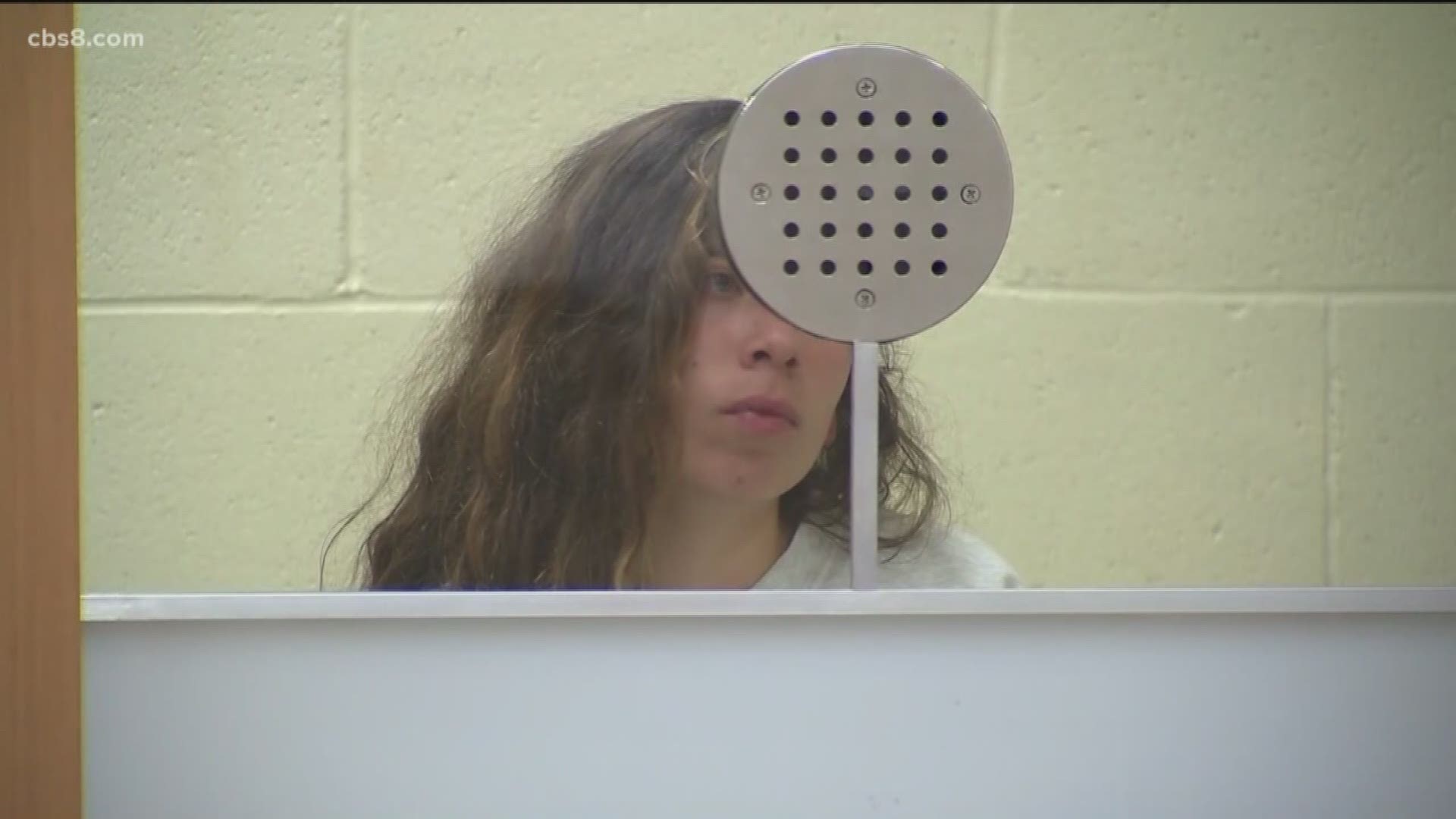 SAN DIEGO — A woman who drove drunk causing a crash that killed a man on a freeway near Balboa Park received the maximum sentence in court Wednesday. Alondra Marquez, 22, was sentenced to 13 years and four months in prison for the crash that killed the passenger and injured another while they were travelling in a Lyft car.

The deadly crash happened on March 23, 2019 on State Route 163 near Balboa Park. Witnesses told California Highway Patrol officers that both cars in the crash went off onto the right shoulder.

It was revealed in court, the victims and drunk driver had both been at the same bar – Rich's – in Hillcrest earlier that night.

While the victims opted to use a ride-hailing service, Marquez rejected rides home from several friends in favor of getting behind the wheel, according to Deputy District Attorney Cally Bright. The prosecutor also said that the defendant's blood-alcohol level was more than three times the legal limit at the time of the crash and that she was travelling at speeds over 100 miles per hour.

Several members of Marquez’s family were in court Wednesday telling the judge she is a good person despite the crash and asking the judge to grant a lesser sentence.

"I am deeply sorry. This should’ve never happened,” said the defendant’s sister Alexa Marquez. “I understand the victims’ frustrations and I would be mad too. I honestly don’t know how to act but please don’t take it out on my sister.”

The sentencing phase of Marquez’s trial began last week when about 40 of Pham and Lynn's family and friends were in town and many delivered victim impact statements. Some accused Marquez of showing no remorse and even accused her of feigning unconsciousness for several days after the crash to delay court proceedings.

Lawhead said the last time he spoke with Pham was in a phone call the night he died. Upon hearing the news around 5 the following morning, he frantically called Pham's cell phone and "begged Giao to pick up, but he didn't."

Pham's sister, Nguyet Pham, said many members of her family remain angry that "Giao did the right thing and took a Lyft car home, but is now dead, while the defendant decided to break the law and drive drunk, yet she is still alive."

Lynn was hospitalized with a traumatic brain injury, which affects him to this day, he said. Formerly a vibrant, lively man, the San Francisco hair salon owner said he's been rendered a shell of himself.

"Every day, I have to learn to eat, use the bathroom, to walk," said Lynn, who said he is "still dealing with the consequences of her [Marquez's] decisions."

Lynn said the incident has been especially painful both for losing Pham, and for the self-sufficiency he no longer possesses. His younger sister has since become his primary caregiver.

Judge Polly Shannon also did not hold back on the convicted drunk driver during sentencing.

“You had a drinking problem and either everybody missed it or everybody ignored it,” Judge Shannon said. “Not only were you drinking 40 ounces of beer a day, you were using marijuana regularly. In fact, there was a jar of marijuana in your car that day.”

In court, Marquez apologized for the crash.

Prosecutor Bright also spoke about the crash’s impact on the victim’s loved ones.

“To receive a phone call at three in the morning that your loved one who is in San Diego for wedding is never coming back, is something that I think takes a long time to heal from,” she said.