More than a dozen men were taken into custody Thursday night – accused of trying to pay money for sex during a sex trafficking sting. 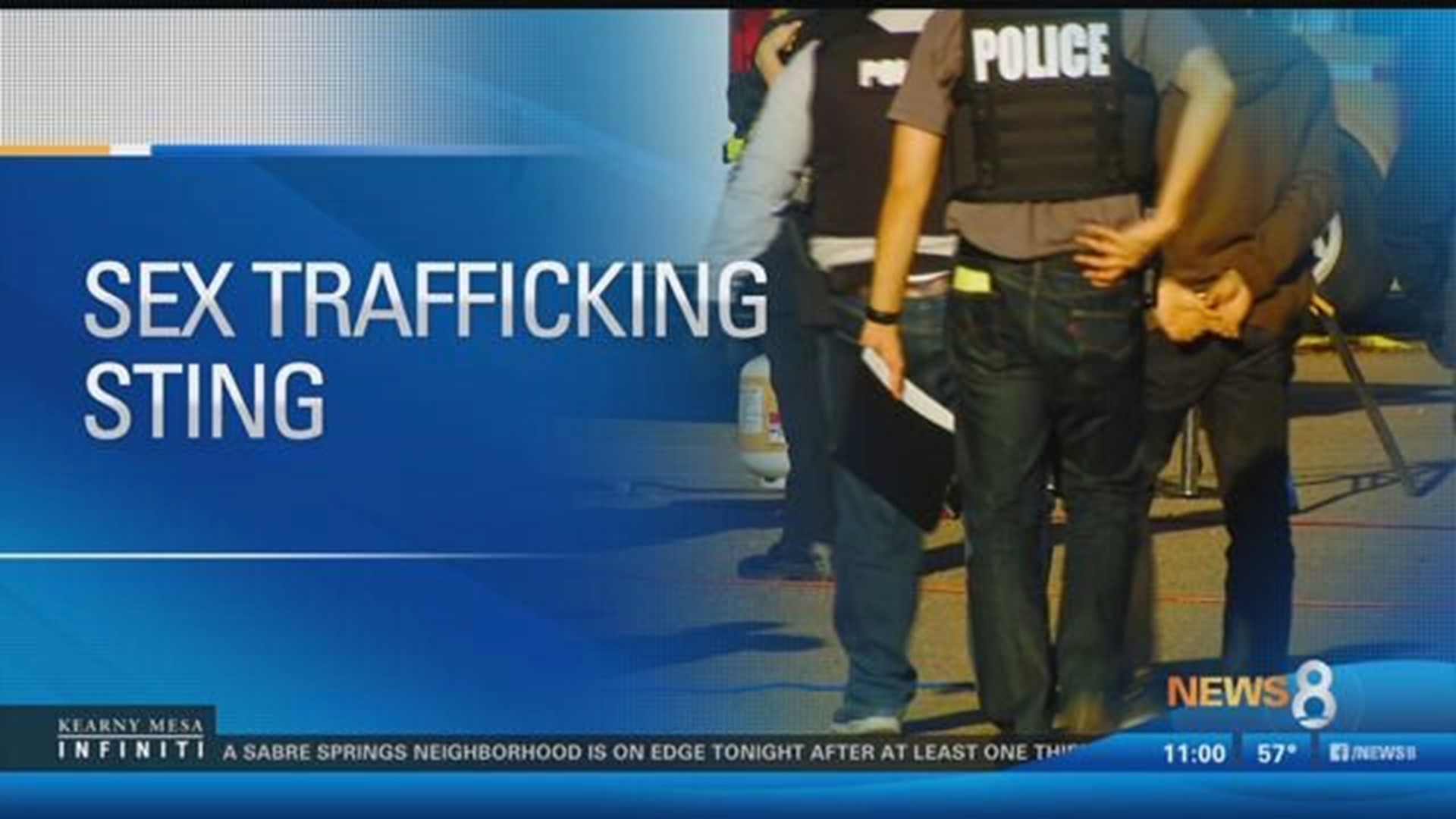 SAN DIEGO (NEWS 8) – More than a dozen men were taken into custody Thursday night – accused of trying to pay money for sex during a sex trafficking sting.

The sting was the culmination of a multi-agency operation of an ongoing effort by the San Diego Human Trafficking Task Force to combat sex crimes in the region.

Each of the suspects charged was with solicitation of sex.

When the suspects arrived at the advertised location expecting to trade money for sex with a prostitute, they were instead handcuffed and carted away.

Each suspect now faces the possibility of a sex crime conviction on their permanent record.

The crackdown on sex trafficking has been a top priority for San Diego County District Attorney Summer Stephan – who has spoken out frequently on the issue.

“People who are buying human beings for sex in San Diego got trouble coming – big, big trouble,” she said.

Earlier this year, the FBI listed San Diego as one of the top 13 highest sex trafficking areas in the country. It reported that every year, thousands of people in the region are estimated to be victims of trafficking.

Those charged with solicitation for the first time are encouraged to participate in a special program run through the city attorney’s office called the Prostitution Impact Panel.

In 2013, News 8 attended those eye opening three-hour classes – schooling those who attempt to buy sex on the real dangers of sex trafficking.

Law enforcement promised more sting operations like the one on Thursday in the near future throughout all parts of the San Diego County.