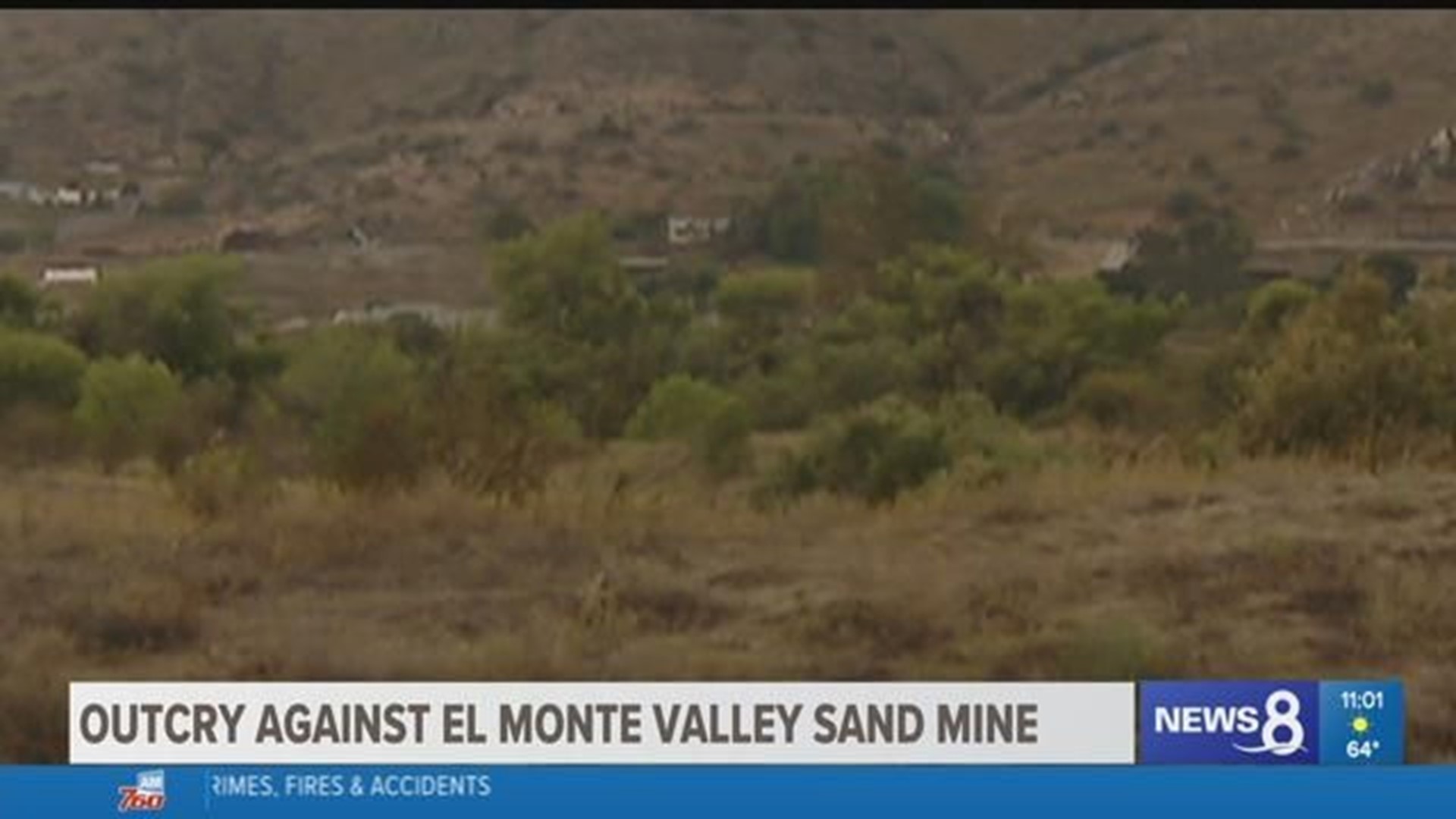 The mining project would go on hundreds of acres in the El Monte Valley near Lakeside.

Opponents of the plan to excavate more than 12 million tons of sand in the El Monte Valley said the environmental impact report is flawed, and passionately called on county leaders, who will ultimately vote on the proposal, to reject it.

On Thursday, critic after critic of the sand mine voiced their concerns. “This is wrong for the people of our community and we want you guys to stop,” said one critic.

The developer, known as El Monte Nature Preserve, plans to excavate 12.5 million tons of sand over a 12 year period – drilling into the ground as far as 41 over a span of 228 acres. The project would create an estimated 157 trips by hauling trucks on a daily basis.

“I think the emissions and they quality of the air is just going to get worse with all the traffic,” said an opponent of the project.

Community members raised concerns that ranged from pollution to property values to ecological effects to personal health, including exposure to potentially deadly valley fever spores found in the valley’s soil.

One resident said they had valley fever at the age of ten-years-old. “I still am affected by the plague of that disease. The children of Lakeside deserve much, much better than that.”

One valley resident said the project meant his Native American ancestors’ sacred remains would be razed. “My people lived here for over 10,000 years. I will not allow it. We are prepared to do what it takes.”

At Thursday’s Lakeside Community Planning Group meeting, both the county and the developer were invited to take part in the public, but neither attended.

The public has until Monday, November 29th to submit comments on the environmental impact report, which can be found online.