Cutting back as tough water use restrictions begin

Mayor Faulconer is meeting with six other mayors at the Water Conservation Garden in El Cajon Monday morning where they are scheduled to highlight the need for residents to conserve water during Ca... 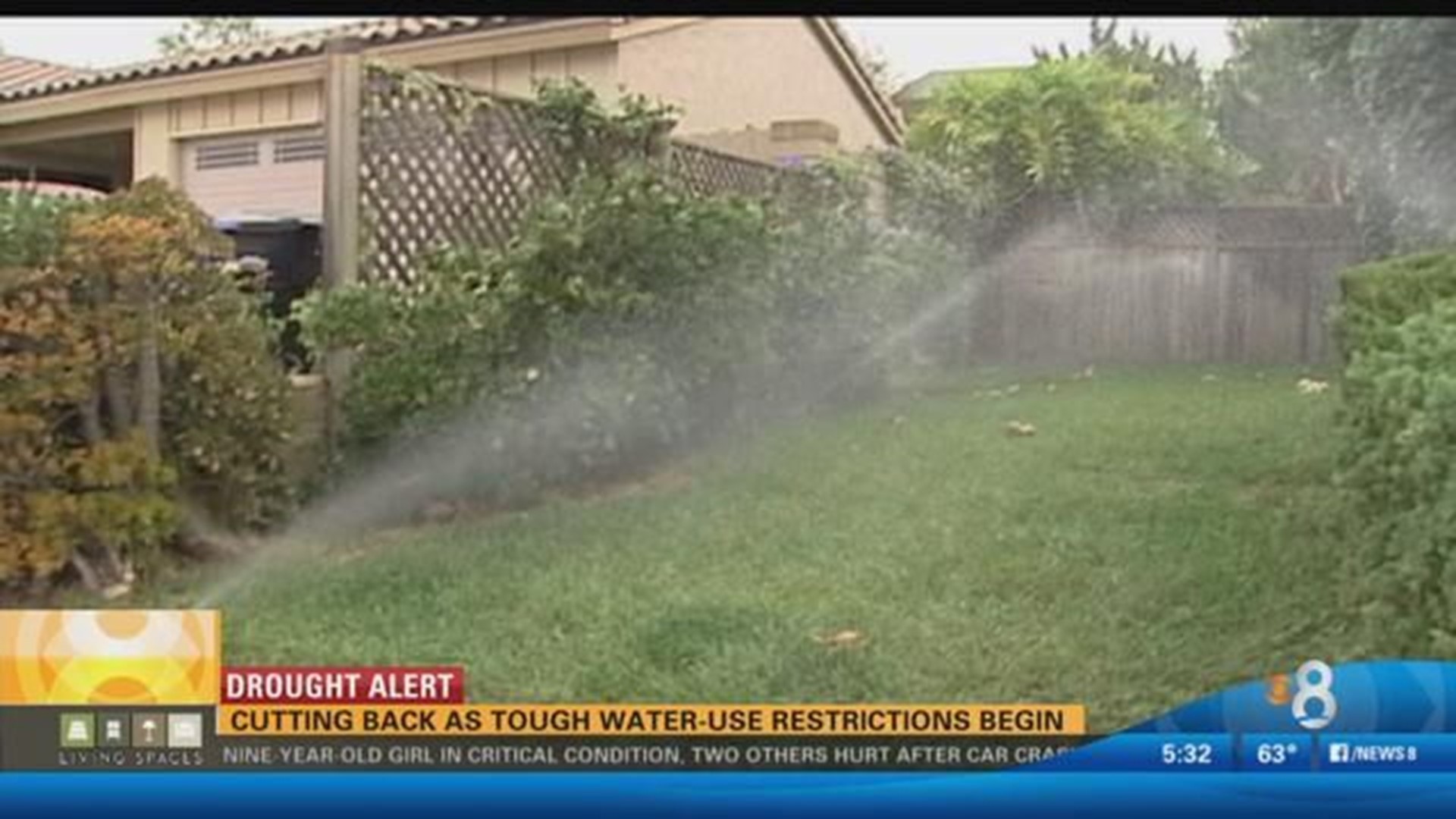 SAN DIEGO (CBS 8) - Mayor Faulconer met with six other mayors at the Water Conservation Garden in El Cajon Monday morning where they are scheduled to highlight the need for residents to conserve water during California's historic drought.


The state is cracking down on water wasters with heavy fines. San Diego has to reduce its water consumption by 16%, which was mandated by Governor Brown and other lawmakers.

"What the state put together was a plan that determined the cutback levels based on how much water is used on a per person basis in each district," said Jason Foster of the San Diego Water Authority.

Faulconer met with the mayors of El Cajon, Encinitas, Escondido, Imperial Beach, Lemon Grove and Poway Monday where they highlighted new countywide water restrictions. The new water restrictions mean you can now water your lawns and gardens only two days a week.

The amount of water San Diego residents will be required to conserve will depend where in San Diego they live.

The graph on the left, shows how much residents need to save based on where they live

Residents are also being urged to take part in the artificial turf rebate program and free water audits.

Mayor Faulconer expressed the importance of the Pure Water San Diego Program, which he said will be key to producing clean water. The facility at the 4900 block of East Gate Mall can transform millions of gallons of recycled water into clean drinking water. However, the program needs to undergo an expansion worth nearly $3 billion.

"We need everybody to save. Even if you live in an apartment, you can take shorter showers, you can only do full loads of laundry and dishes in your dishwasher," said Foster.

According to the San Diego Water Authority, using a broom instead of a hose to clean your sidewalk can save eight to 18 gallons a minute. Also, turning water while teeth brushing can save another two gallons a minute.

People caught wasting water could face fines from $100 to $1,000. If water restriction goals are not met, the state has threatened to fine districts $10,000 a day. According to the San Diego Water Authority, some districts will fine individuals, others will have increased outreach.

Foster said each district will go about it differently, so residents should contact their district.

You can view the California state water restrictions by
clicking here.