Hotter than average temperatures, fewer summer storms than normal and an abundance of fuel created by California's wet winter will result in an above average possibility of large wildfires this sum... 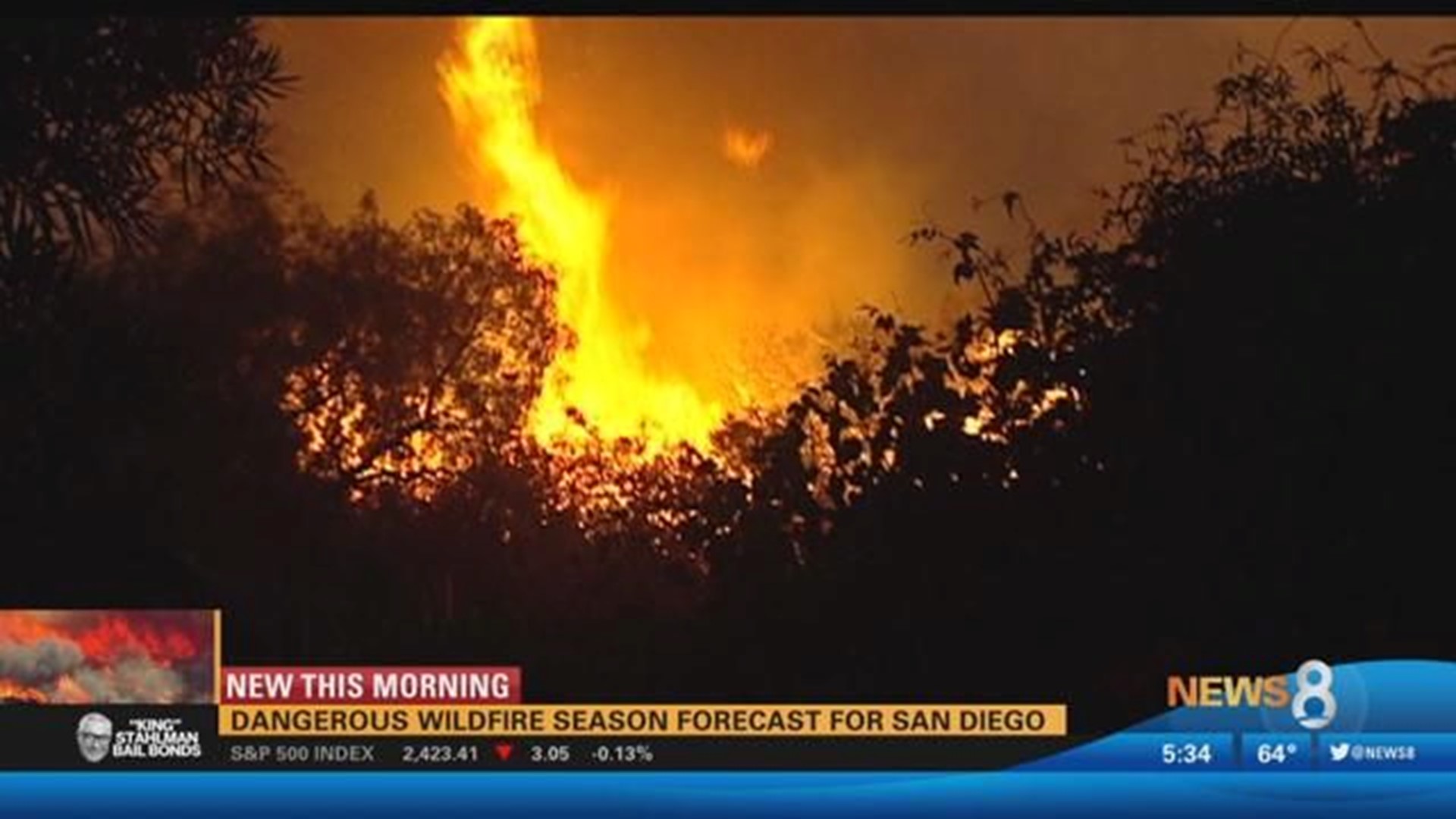 SAN DIEGO (CNS) - Hotter than average temperatures, fewer summer storms than normal and an abundance of fuel created by California's wet winter will result in an above average possibility of large wildfires this summer and fall in much of San Diego County, a new report said.

The forecast for July through October warned of large-fire potential in many inland areas of California, including much of eastern San Diego County, according to the Southern California Geographic Area Coordination Center, which coordinates the mobilization of resources for wildland fires throughout the Southland.

"This fire season may be more challenging than other recent years for a few reasons,'' the report said, noting the already hot temperatures in June that "soared to 15 to 20 degrees above normal.''

Those higher than average temperatures last month already "pushed most smaller diameter dead fuels into an extremely dry state,'' the report said, with heavier fuels that are still holding some moisture for now expected to be dry enough to carry fire by the end of July. Forecasters are also expecting hotter temperatures in August and September and fewer "monsoonal'' thunderstorms this summer than in a typical year -- and thus less moisture -- which will contribute to drier fuels.

"Therefore, due to fewer than average number of storms this summer and the strong possibility of hotter than  normal conditions the next three months, large fire potential is expected to remain above normal across most inland valleys, mountains and foothills,'' the report said.

The report said it's too early to predict what offshore winds will be like -- wind plays a large role in spreading wildfires and can make it difficult for firefighters to control a blaze -- "but like most years, due to the drier than normal summer and fall expected, fuel moisture will likely be extremely low by the time the first east wind episode occurs.''

The forecast of an elevated fire danger in San Diego County's inland valleys, mountains and foothills mirrors much of the rest of inland California as well as Utah, Nevada and Arizona.

The only area of California that will see below-average fire danger is in the high Sierras, where there is still snow cover that will keep fuel moist deep into the summer.