Meet the VLAT, the country's most powerful firefighting tool

Fire season is approaching in California. One tool is making a difference in neighboring Arizona. 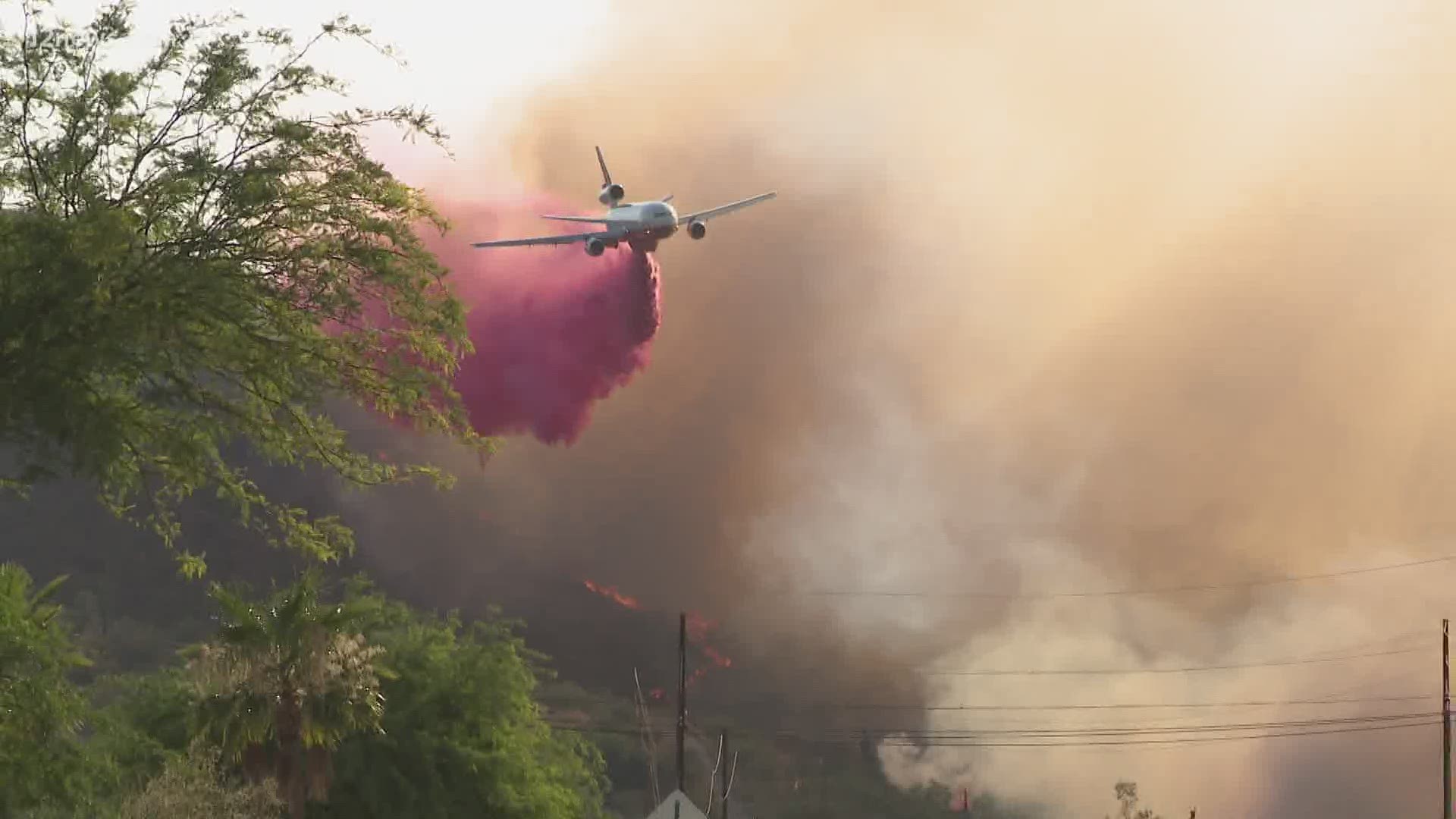 PHOENIX — It takes a whole team from the firefighters on the ground to the crews in the air to battle the large brush fires burning all across Arizona right now.

The huge flames are dramatic and destructive themselves but the sight of the tankers making airdrops are an awesome sight as well.

A DC-10 VLAT, or Very Large Airtanker, dropping retardant onto the Aquila Fire in the far North Valley was a sight to see for the people who live in the area.

A small plane called the Air Attack talks to the firefighters on the ground and decides the tactic that they are going to use. Then they relay the message to the air tanker where to drop the retardant.

Phoenix-Mesa Gateway Airport is home to three of the air tankers including the DC-10 used to fight the Aquila Fire Tuesday.

The air tankers swoop low and make the drop from just 200 to 300 feet above the ground.

“You want them low enough to where everything that has to come out actually hits the ground. It doesn’t dissipate before it hits the ground, but you also don’t want them too low where the retardant itself doesn’t spread out,” said Alex Robertson. Incident Commander with Southwest Team 1.

The DC-10 has a crew of three. Two who can fly it and one to pull the drop lever. All of them are highly skilled.

“This environment flying low, they’re slowing down a lot to make the retardant effective. It’s a high-risk environment,” said Robertson.

The main goal of the retardant is to coat trees and other vegetation. Making it much more difficult for them to go up in flames.

“It allows us time to go in to put resources on the ground to actually stop the fire,” said Robertson.

Robertson says they will only use the air tankers when it’s a high-risk environment and they can be effective.