We have some breaking news Tuesday morning. A deadly construction accident in Oceanside. 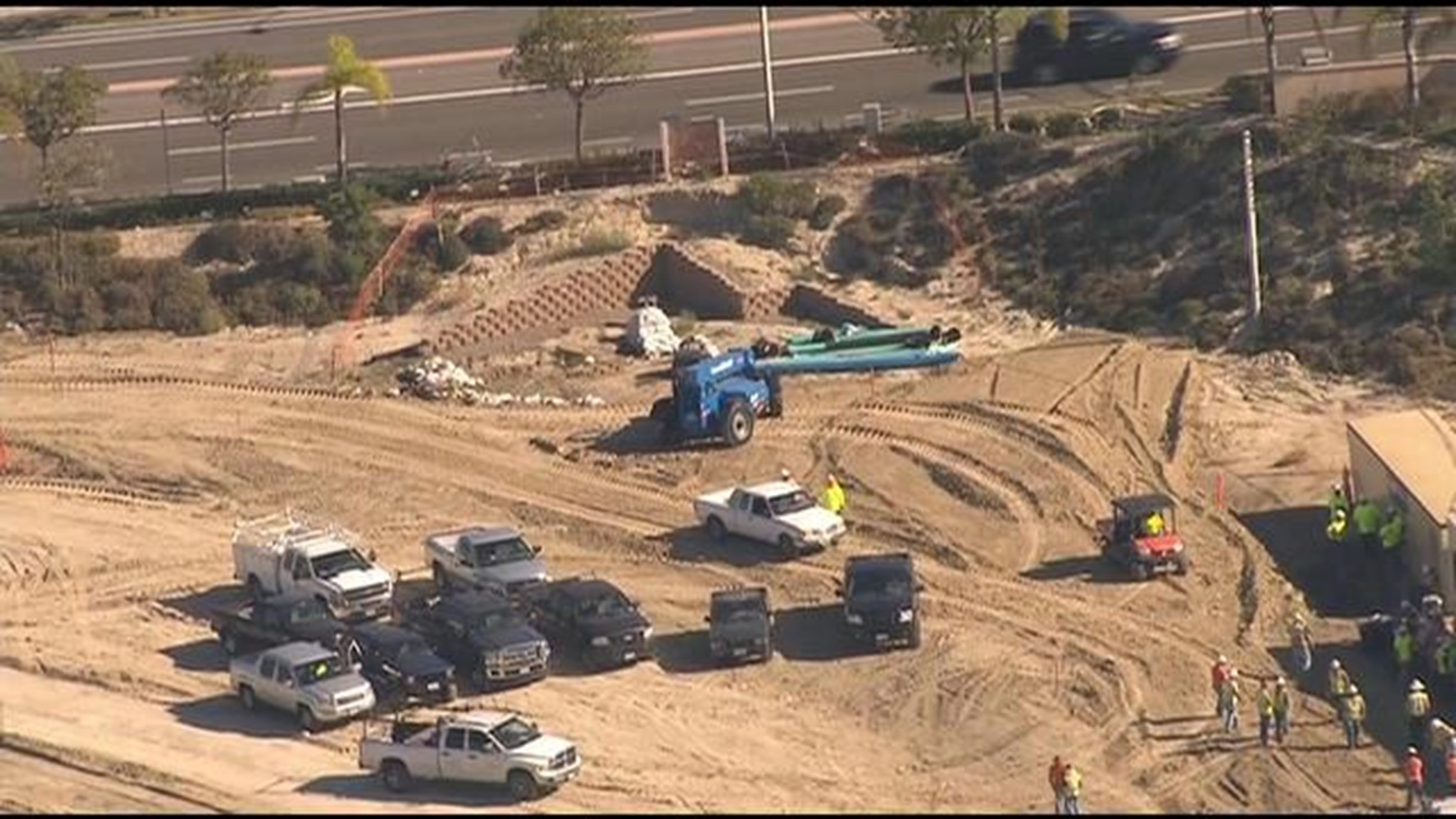 The man was working alongside a drainage channel at the partially built FedEx warehouse facility in the 1400 block of Avenida del Oro in Oceanside when a section of retaining wall fell on him for unknown reasons about 9 a.m., according to fire department officials.

By the time a crane operator was able to remove the roughly three-by-12 foot slab of concrete from the trapped worker, he had died, Division Chief Felipe Rodriguez said. The victim was a white male in his 50s and his name was withheld pending family notification.

Several construction workers were in the area when the accident happened. As they waited for emergency personnel, CBS News 8 was told that workers tried to help the man.

Cal/OSHA will investigate the accident, as is standard for industrial accidents in the state.

Trauma workers were called out Tuesday morning to help both the emergency personnel and the victim’s fellow workers.

Construction in that area was halted for the day.