A man is dead, after a confrontation with a Harbor police officer in Point Loma Wednesday. 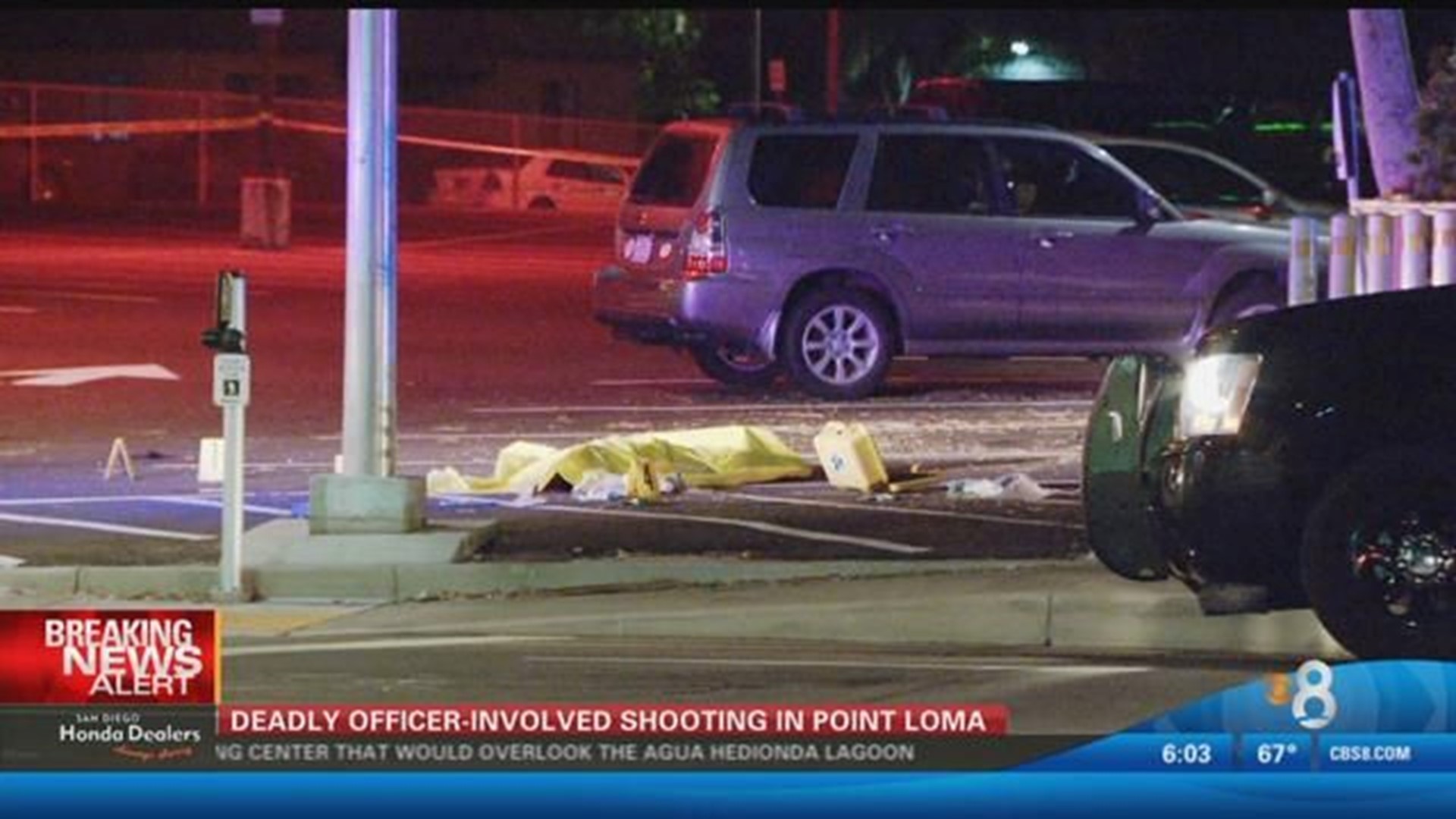 POINT LOMA (CBS 8) - A man is dead, after a confrontation with a Harbor police officer in Point Loma Wednesday.

It happened just before 11:00 p.m. Tuesday in the 4800 block of North Harbor Drive near Nimitz Boulevard near the Holiday Inn.

Homicide detectives say there was a confrontation between a Harbor police officer and a suspect on the street. The suspect was shot and killed off of Harbor Drive.

Homicide detectives say a suspect was casing cars on Harbor Drive for possible burglaries and causing a disturbance in the lobby of the Holiday Inn.

Witnesses say the suspect, a black male, was kicked out of the hotel by hotel employees, after ranting and raving for quite some time. Police were called to the scene and the suspect became very aggressive with police. He was shot and killed after that confrontation.

Police say the suspect grabbed at the officer's gun during a scuffle.

"The suspect immediately attacked the officer, a struggle ensued and they both went to the ground. At one point, the officer had his taser deployed, the taser did strike the suspect and the officer. During the struggle, the suspect attempted to take the officer's handgun," Lt. Paul Rorrison said.

Police say the officer fired one round. The suspect body was covered with a tarp as Crime technicians investigate the incident.

The officer involved in the shooting was rushed to the UCSD Medical Center with minor injuries.

Harbor police say the officer is a nine year veteran with the police force. No body cameras are worn by Harbor police.

Several streets are blocked off around the perimeter of the crime scene.

This is the third officer-involved shooting in recent weeks. The last two cases involved San Diego Police in San Ysidro and the Gaslamp Quarter.

The incident is still under investigation.