The investigation continued Monday after a small plane crashed into a home in Clairemont on Saturday - killing two people on board the plane and a 16-year-old poodle inside a home. 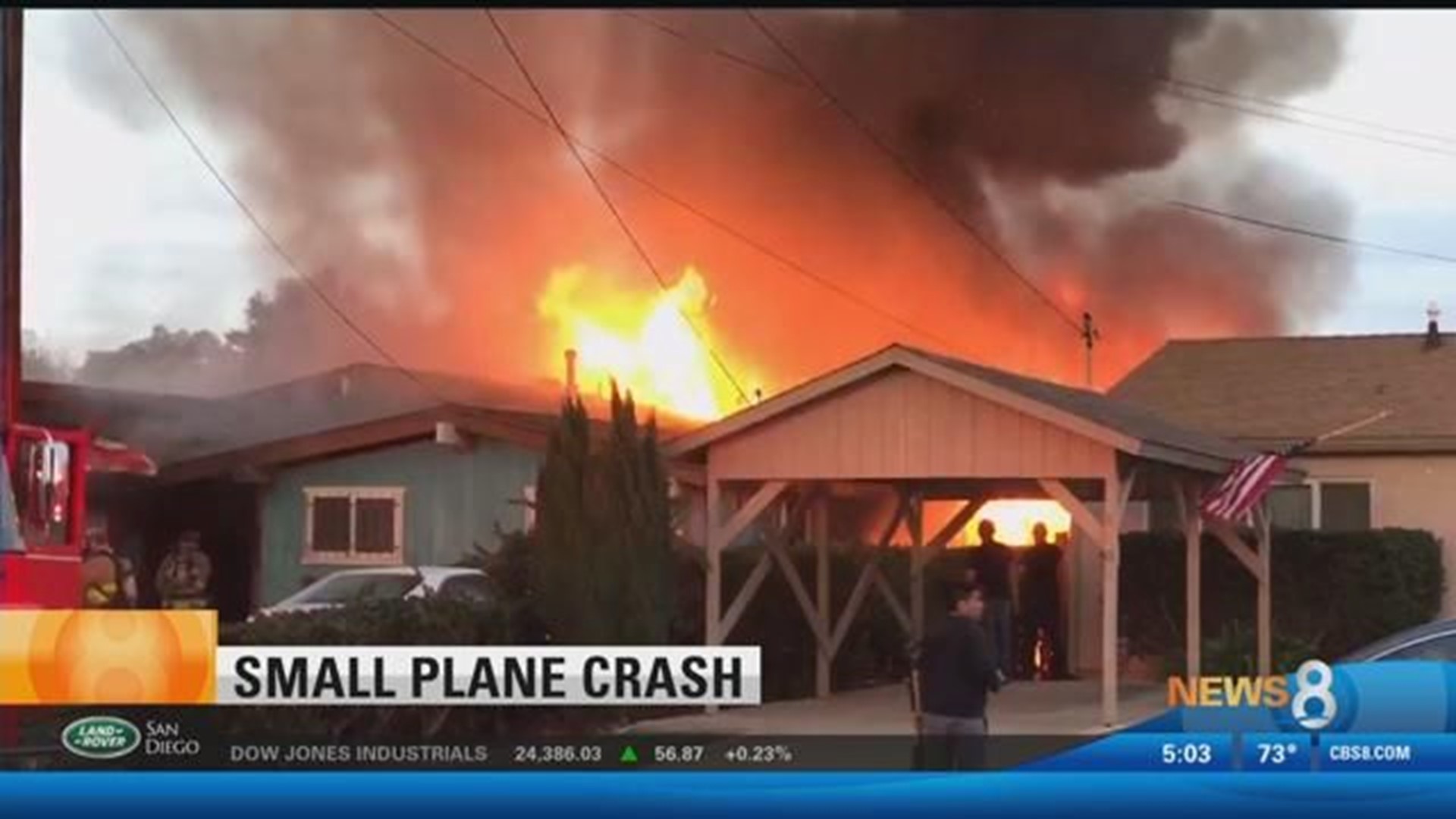 SAN DIEGO (NEWS 8) - The investigation continued Monday after a small plane crashed into a home in Clairemont on Saturday - killing two people on board the plane and a 16-year-old poodle inside a home.

The plane's pilot reported a catastrophic engine failure shortly after takeoff from Montgomery-Gibbs Executive Airport to the east, according to San Diego Fire-Rescue Department chief Brian Fennessy. The plane first grounded on the property of the nearby Lafayette Elementary School and slid into the home.

There were a total of four people on board the plane, according to SDFD.

According to a New York paper, one of the victims is Robert Stellin, the owner of a tennis club in Southhampton. He and wife, a veterinarian, were in San Diego for a conference.

She survived the crash. A family friend, who has not been identified, was the second person killed in the crash.

Kyle Thomas lives next door. He said he ran outside, where he hear one of the survivors - a woman - screaming for help. "It was a horrible scream."

Based on the path of destruction, it appears the plane tried to land in the yard, but instead hit trees, went trough a fence, across a pool and through another fence before striking the home.

At the time of the crash, the 16-year-old poodle, Biggie, was home alone.

The plane is registered to Altitude Aviation Inc., out of Hermosa Beach.

Officials confirmed the plane left Torrance earlier during the day on Saturday and made a brief stop in San Diego before taking off again. The male pilot and female passenger survived the crash.

Two males trapped inside the wreckage were killed.

Gurujan Dourson and his fiance were walking their four-year-poodle, Charlie when they saw the plane go down. "It was completely unreal." Charlie ran-off after being spooked by the crash.

Neighbors said they saw her get hit by a car during the chaos, but has not been seen since. "At night, when I try to sleep I think of her out there and that is hard. That is the hardest part."

The exact cause of the crash remains under investigation.

A Gofundme page has been set up for the people who live in the home where the plane crash to help them with what they lost.