Death of Robin Williams: his time in San Diego

From his start in stand-up to his incredible charitable generosity -- Robin Williams certainly left his mark here in San Diego. 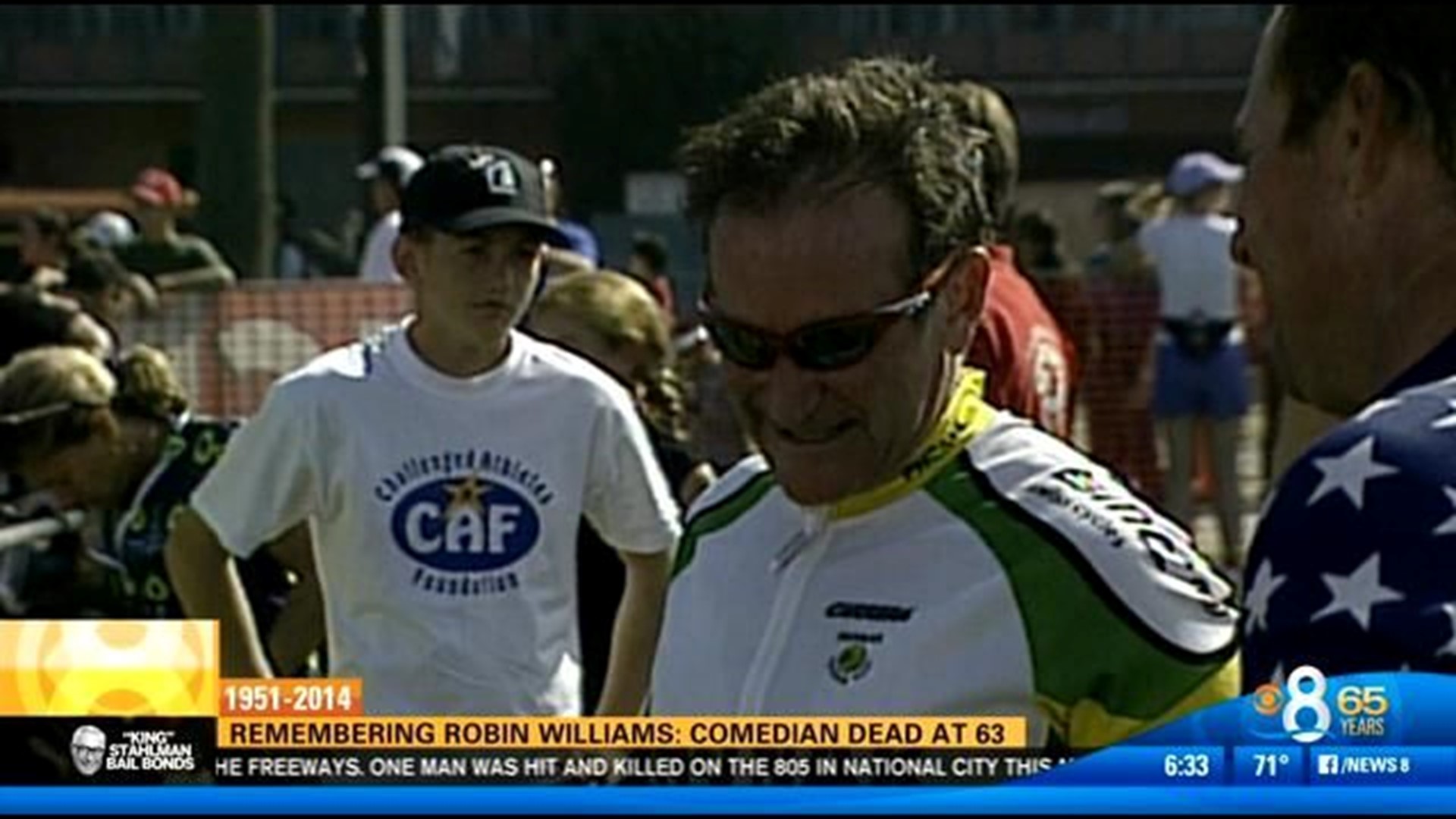 SAN DIEGO (CBS 8) - From his start in stand-up to his incredible charitable generosity -- Robin Williams certainly left his mark here in San Diego.

His legacy will continue, especially through the San Diego-based
Challenged Athlete's Foundation
, a non-profit organization that he was a big supporter of.


The legendary funny man Robin Williams has another local tie to San Diego -- starting his career at the La Jolla Comedy Store.


Tuesday morning, on their marquee, it reads "RIP Robin Williams."


Williams kick-started his comedy stardom in the 1970's at the La Jolla Comedy Store, burning up the stage with his signature stand-up routines.


With punch line after punch line in rapid fire, he earned respect from his fellow comedians and fans.


He returned in 1986 with Jonathan Winters by his side. He crafted jokes that fit the local audience, lighting up the room while making people from La Jolla, Pacific Beach, Carlsbad and other areas laugh out loud.


Williams had many sides -- both hysterical and serious -- giving his time to support USO tours as US troops headed to Kuwait.


CBS News 8's Larry Himmel worked with him and says he is a bright light gone too soon.


"He was always on his game, always fun to be around, whether onstage or offstage he'd light up a room," Himmel said.


Williams came back to San Diego in 2003 -- an avid cyclist -- competing in a triathlon to benefit the Challenged Athletes Foundation helping people with disabilities, many who are disabled military veterans.