San Diego Police were called to check on a couple at their home in the 3300 block of Del Sol Boulevard around 10:30 a.m. on Sunday morning. When officers entered they found the husband and wife dead. 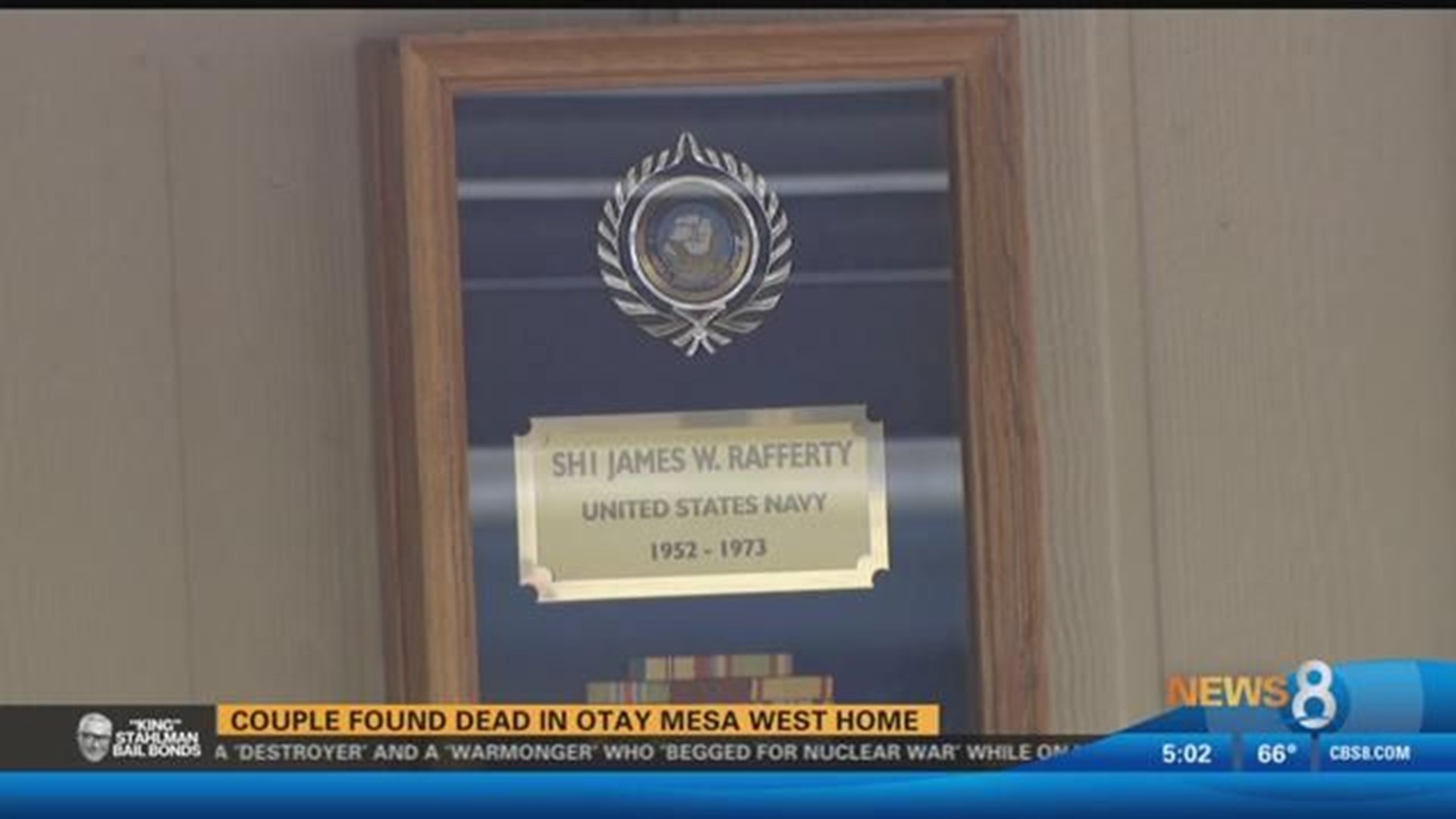 SAN DIEGO (NEWS 8/CNS) - The deaths of a retirement-age couple found in their Otay Mesa mobile home over the weekend were the result of a murder-suicide carried out by the husband, authorities reported Monday.

Officers conducting a welfare check on behalf of concerned neighbors who had lost contact with 82-year-old James Rafferty and his 83-year wife, Kazuko, forced entry to the pair's residence in the 3300 block of Del Sol Boulevard and discovered their bloodied bodies shortly before 10:30 a.m. Sunday, according to San Diego police.

Lt. Mike Holden said investigators determined that James Rafferty shot his spouse and used the same pistol to kill himself, but why was unknown.

It has been devastating news for many residents of Ocean Bluffs Mobile Homes to learn their two neighbors were found dead.

Neighbors close to the couple say the husband was on heavy medications battling cancer while his wife had hearing loss.

"The police came out and said they're deceased," said neighbor Steve Miller.

Neighbors expressed heartbreak at learning the elderly couple was found dead with gunshot wounds inside their home.

The call to authorities came from a concerned resident on Sunday morning.

"The couple is active in their community and when they didn't answer their door or phone calls, a phone call was made to the police department," said San Diego Police Deparment Lt. Mike Holden.

"[They] were really, really nice people," said neighbor Sylvester Alvarez who said he meets with the couple for coffee and swimming at the complex pool daily, but Sunday morning, they were a no show.

Alvarez said he knew something was wrong and called the police.

The doors to the couple's home were locked, so cops used forced entry to get inside.

"That place was locked up tighter than Fort Knox," said Miller.

Located on Caminito Plaza off Beyer Boulevard and the 905, the house has a U.S. Navy plaque for ship's serviceman first class James Rafferty serving from 1952-1973, posted by the front door.

Below it, a sign saying "this is an American house run Japanese style."

"I know Kazuko is not going to kill herself, so I just hope that Jimmy didn't shoot her," said Steve Miller.

Detectives declared the deaths a possible murder-suicide without saying who may have killed whom.

"She knew that he was going to die, so after he died she was supposed to go back to Japan," said Tamaki.