Two Paradise Valley women will be back in court Thursday morning, after their pit bulls allegedly attacked their 75-year-old neighbor. 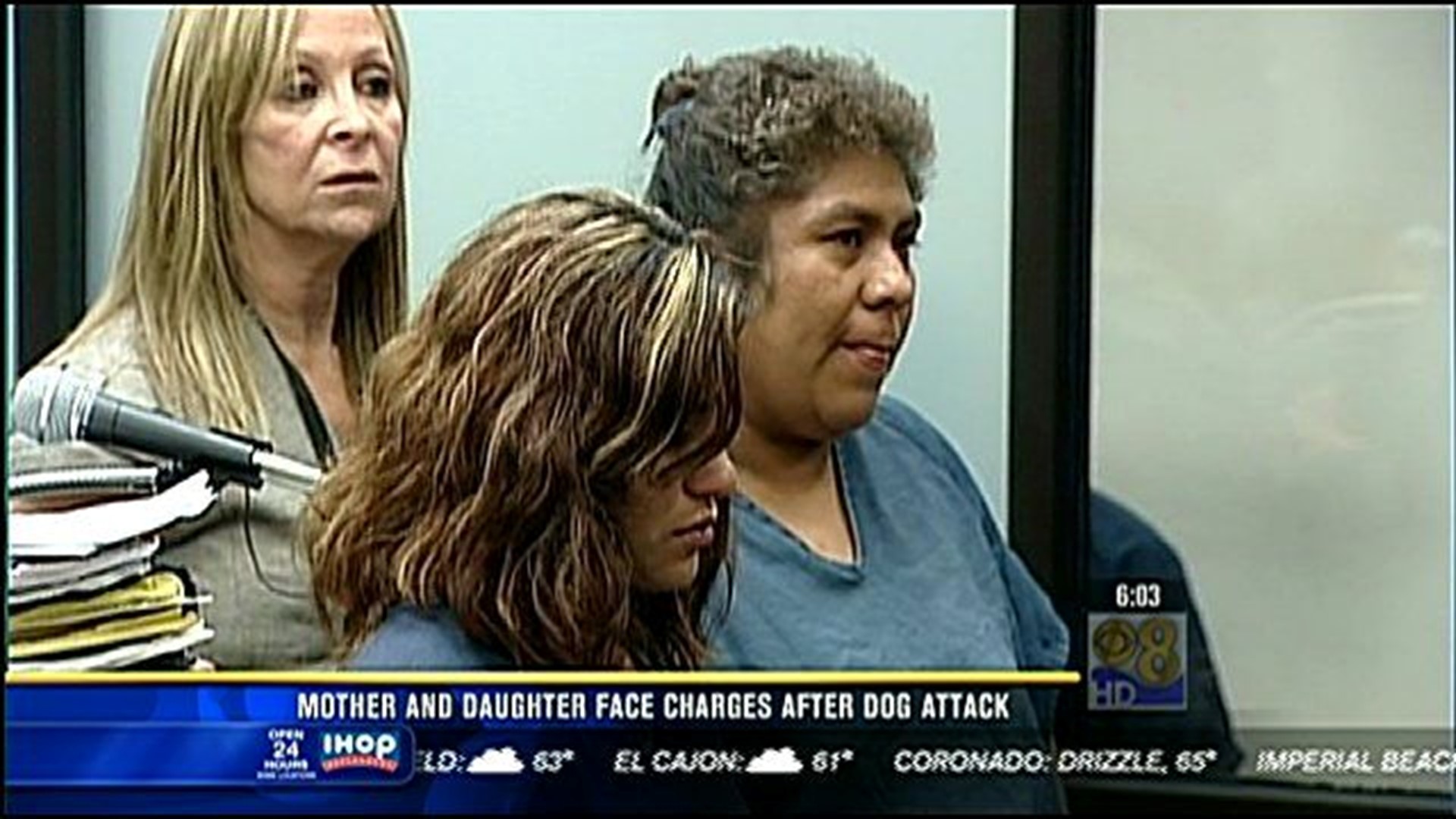 SAN DIEGO (CNS) - A Dec. 8 trial date was set Thursday for a mother and daughter whose two female pit bulls allegedly attacked their 75-year-old next-door neighbor in her backyard, causing her to lose an arm and a leg.

Alba Medina Cornelio, 39, and Carla Ramirez Cornelio, 19, pleaded not guilty at their Superior Court arraignment. They were ordered back to court Nov. 3 for a readiness conference.

Alba Cornelio remains in custody on $350,000 bail and an immigration hold, although defense attorney Donovan Dunnion said the defendant has lived in the United States for 19 years.

Carla Cornelio is free on bail.

Both are charged with felony counts of having a mischievous animal that causes serious bodily injury and six misdemeanor code violations, including failing to protect the public from a dog and owning a dangerous dog. They each face more than three years in prison if convicted.

According to testimony at a preliminary hearing earlier this month, Emako Mendoza was attacked in her fenced-in yard right after she went outside to get the morning paper on June 18. The victim had her left arm amputated below the elbow and her left leg below the knee.

Witnesses testified that the pit bulls got through a gap in the fence, ripping a hole near a metal gate that the victim had installed to bridge the gap in the fence between the two properties.

Prosecutor Makenzie Harvey alleged the defendants knew they had dangerous dogs because the same two pit bulls escaped from their yard last Christmas Day and attacked a man who was walking his puppy. The puppy suffered a broken jaw and the man was bitten.

After the latest attack, Alba Cornelio allowed animal service officers to euthanize her two pit bulls and their 3-week-old puppies.

Dunnion argued that the dogs never hurt another human being before the attack on Mendoza.

The attorney said the pit bulls were family dogs and were running from a swarm of bees when they attacked Mendoza, but Harvey said there was no evidence the dogs were stung by bees.