ALPINE, Calif. (NEWS 8) -- Covet Canyon, a paramilitary training camp in the East County, is in financial trouble after the owner defaulted on property payments. Owner Marc Halcon has 90 days to m... 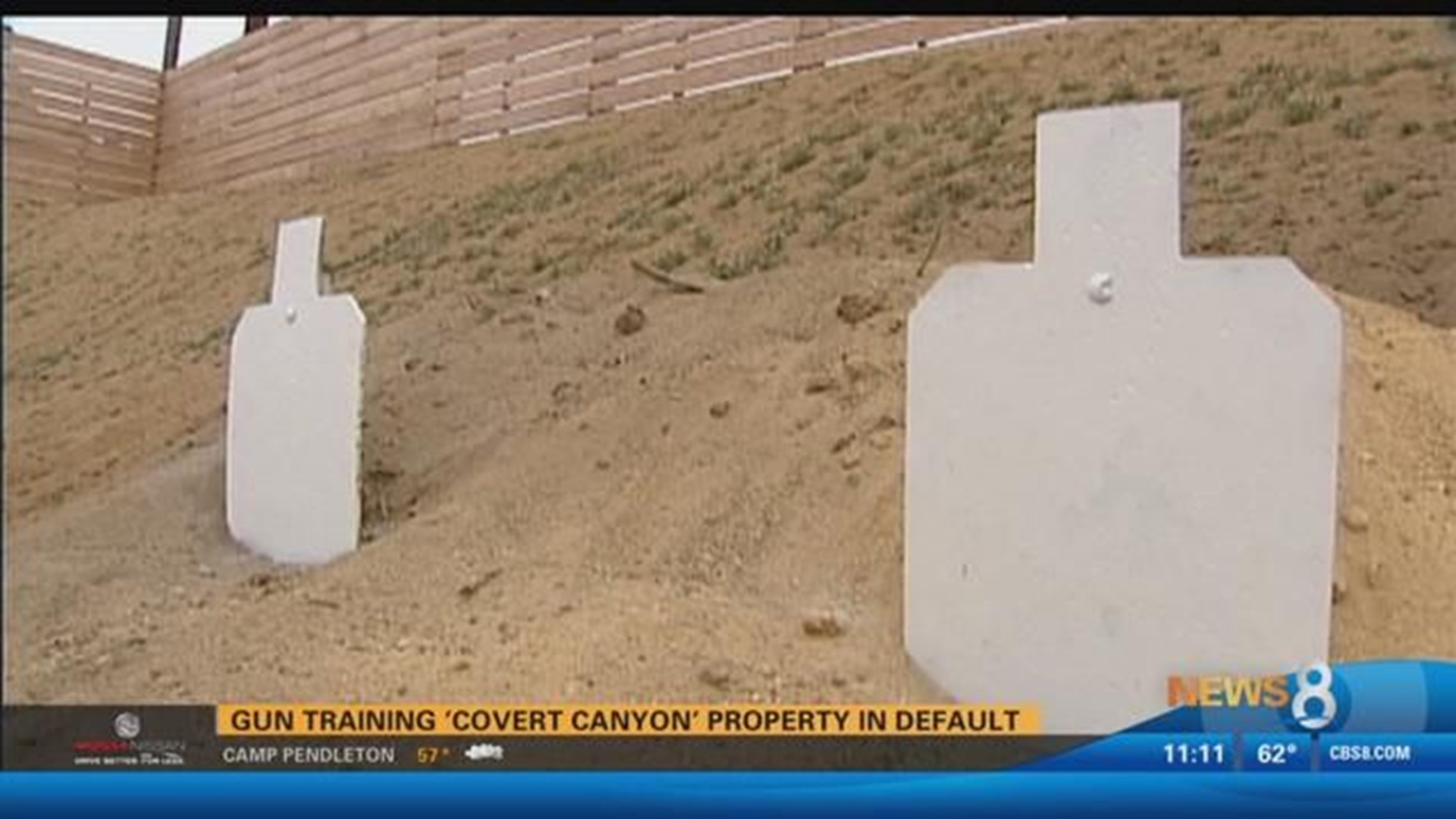 ALPINE, Calif. (NEWS 8) -- Covet Canyon, a paramilitary training camp in the East County, is in financial trouble after the owner defaulted on property payments.

Owner Marc Halcon has 90 days to make good on the debt or the 160 acre property could fall into foreclosure and auction.

For the past decade, Halcon and his weapons training camp have been surrounded in controversy.

It started out with helicopters landing on the property east of Alpine, large caliber rifle and machine gun fire, and live tissue training where pigs were killed as part of combat medical drills.

Neighbors complained the property was never zoned for a commercial training camp and they were fed up with the constant vehicle traffic and gunfire.

“It's night and day shooting.  You live in a battlefield.  We can't leave and come back to our house without driving through live gunfire,” said neighbor Robin Williams during a 2016 interview.

Now, the weapons training controversy has given way to a financial battle.

Halcon was recently evicted from his gun store -- American Shooting Center in Kearny Mesa – after he defaulted on lease payments.

Then on October 26, a notice of default was filed on the Covert Canyon property.

If Halcon doesn't pay more than $40,000 to Seacoast Commerce Bank in the next 90 days, foreclosure on the property is almost certain.

A similar default notice was filed the same day on Halcon’s residence on Mount Aclare Ave. in Clairemont.

According to San Diego County tax records, Halcon also is in default to the tune of $11,000 in property taxes on Covert Canyon.

“I would be surprised if they can weather the storm,” said environmental attorney Marco Gonzalez, who has been battling Halcon in court for years over the training conducted at Covert Canyon.

“I think that if Marc Halcon had focused on his gun shop and not tried to push the envelope on his facility far off in the backcountry, financially he probably would have been better off.  But he's such a small man with a big ego, at the end of the day I think that's gotten the better of him,” said Gonzalez.

The Encinitas attorney is now hopeful the Covert Canyon property may soon be sold at to a more environmentally-friendly owner.

“I am hoping that someone who actually appreciates the peace and tranquility of that valley comes in instead of what we have now, which is day after day of large caliber rifles just obliterating the peaceful nature of it,” Gonzalez said.

Marc Halcon and his attorneys did not respond to repeated messages and phone calls seeking comment for this report.

He recently posted an online message indicating he plans to relocate his gun shop to El Cajon, though no address was given.

Limited, commercial training of law enforcement and military personnel at Covert Canyon was shut down in March 2016 because Halcon defaulted on a 2015 stipulated enforcement order.

Last month, the county planning department sent Halcon a letter requesting payment by November 6 of the deficit fees and deposits.  County officials said he did not pay up.