The horse rated as the best in the world will be in the stables at the Del Mar Racetrack when thoroughbred racing returns Wednesday for the 78th summer season. 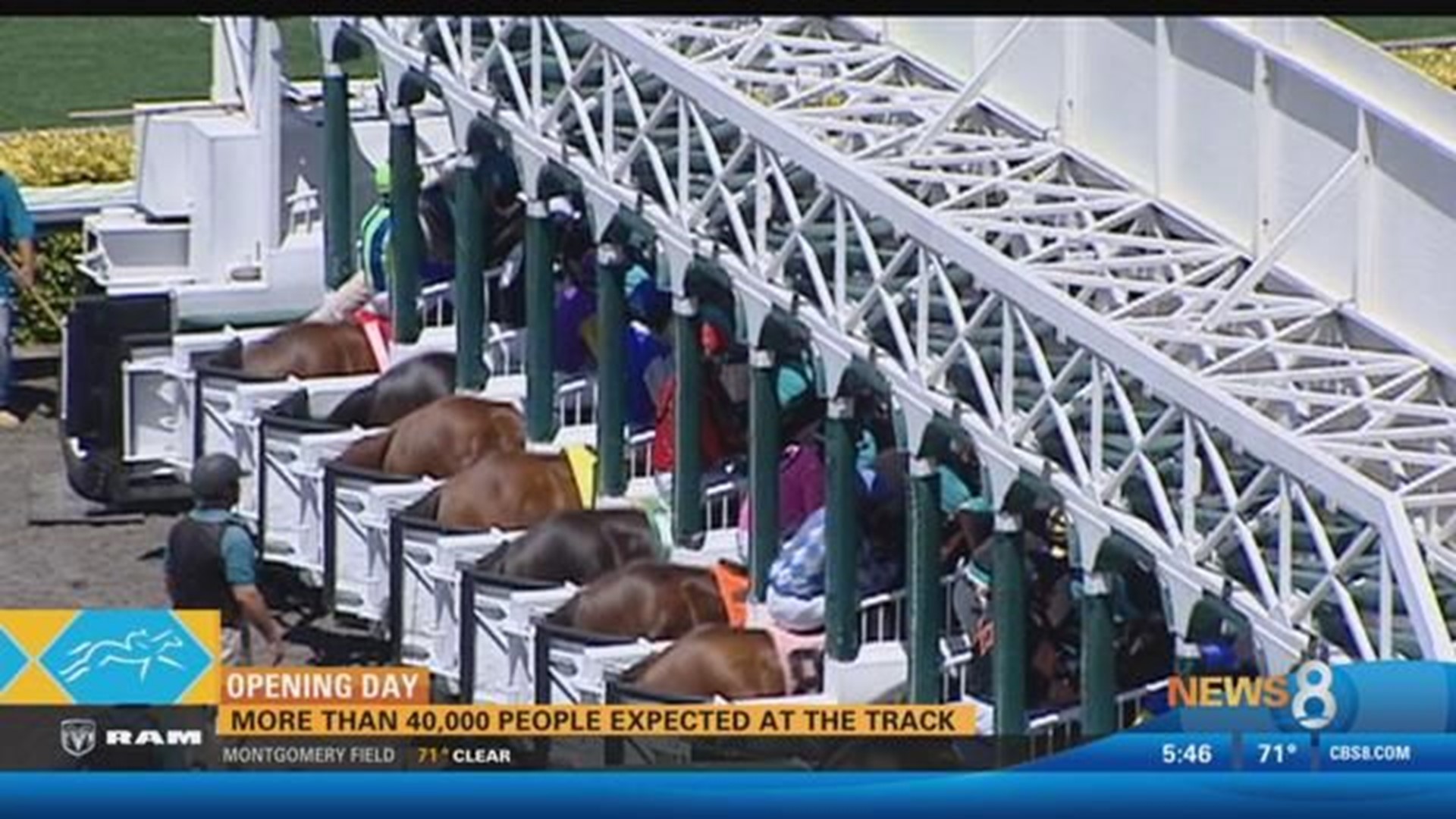 DEL MAR (CNS) - The horse rated as the best in the world is in the stables at the Del Mar Racetrack Wednesday as thoroughbred racing returns for the 78th summer season.

However, fans will have to wait a few days to see Arrogate, who will run Saturday in the $200,000 TVG San Diego Handicap. He also might compete in the premier race of the Del Mar summer slate, the $1 million TVG Pacific Classic on Aug. 19.

Arrogate, who won at Del Mar last August, is on a seven-race winning streak, including a victory in the Breeders' Cup Classic, and has earned a North American record of more than $17 million. The 4-year-old has had the last four months off.

"We're very pleased that the Arrogate connections have decided to stay home and give California's thoroughbred fans a chance to watch the best horse in racing right now perform,'' said Tom Robbins, the Del Mar Racetrack's executive vice president for racing. "We'll be delighted to showcase him at Del Mar, and his presence will add some marvelous spice to our overall racing program.''

For opening day, the highlights will be the annual hat contest and the $100,000 Oceanside Stakes, with a 14-horse field of 3-year-olds competing on the infield grass track. Around 40,000 fans are expected to attend, with the first post at 2 p.m.

More than $5,000 in prizes is up for grabs in the Opening Day Hats contest in the Plaza de Mexico.

Categories include most glamorous, best racing theme, funniest/most outrageous, best fascinator and flowers/all other. There is no fee to participate, and the grand prize winner will receive a one-night stay at the Fairmount Grand Del Mar and dinner for two at Addison Restaurant, valued at more than $1,000.

Fans can also expect to see protesters near the track entrance to protest the deaths of horses that occur annually at the track.

According to data from The Jockey Club, a dozen horses died at Del Mar last year, though animal rights advocates contend the number was closer to 20.

Racing will take place Wednesday through Sunday until closing day, which is on Labor Day Monday.

Parking is available on-site. Fans can also ride Amtrak or the North County Transit District's Coaster trains or buses to the Solana Beach station, where they can meet a shuttle bus to the track.

The NCTD will augment its Coaster schedule with two additional trains both southbound from Oceanside and northbound from downtown San Diego.

In addition to the regular Coaster schedule, the southbound trains will leave the Oceanside Transit Center at 11:20 a.m. and 6:42 p.m. The additional northbound runs will depart Solana Beach at 1:09 p.m. and 8:50 p.m.

The NCTD's partnership with Amtrak, which allows passengers paying Coaster fares to ride Amtrak trains between San Diego and Oceanside, will not be in effect from today through Sunday.

The DMTC has also established a partnership with ride-hailing service Uber to provide transportation to and from the racetrack.