Instead of having their Homecoming Court based on popularity, Del Norte High School began a new tradition Friday night by selecting their royal court based on "character and school spirit." 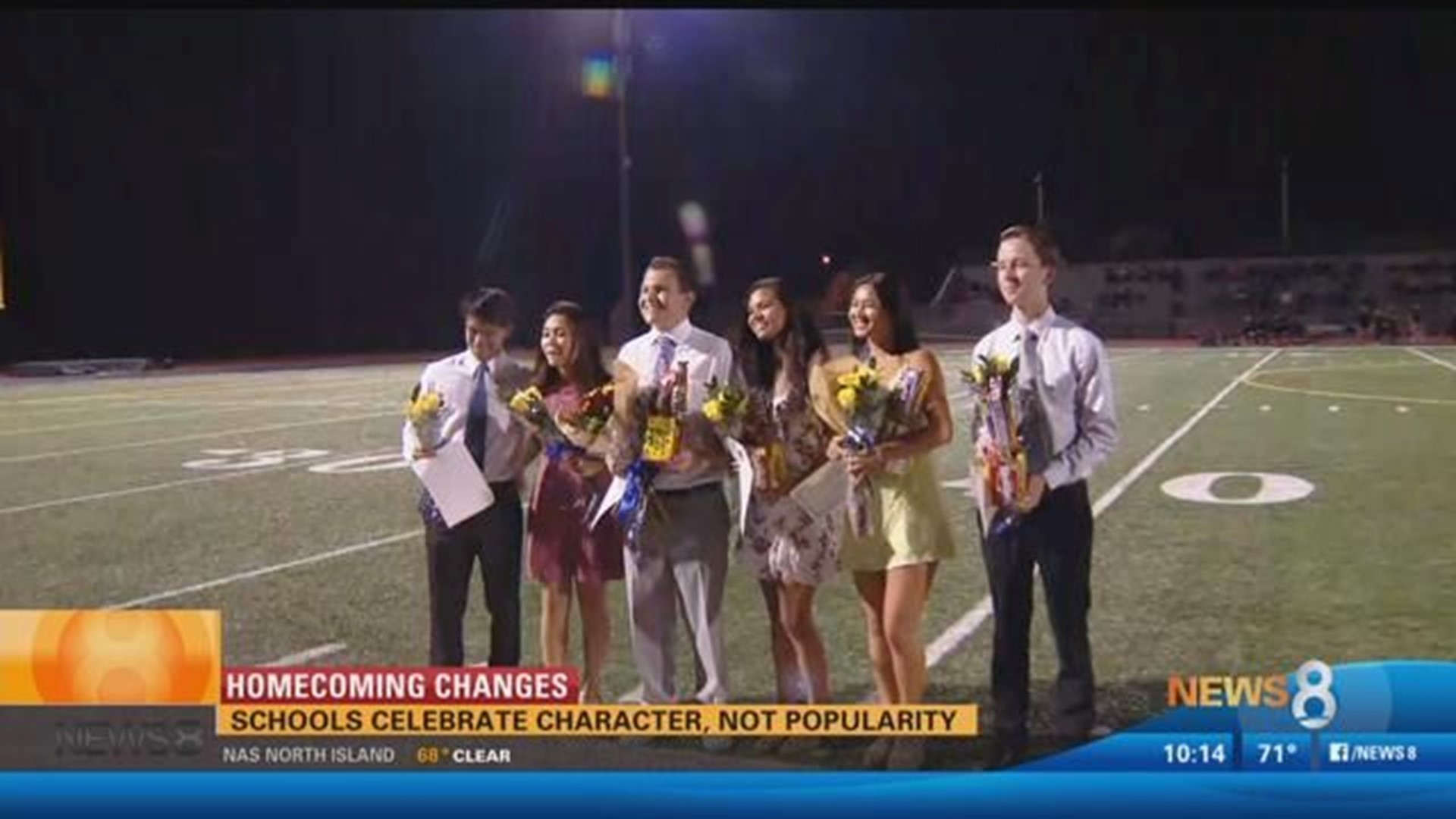 SAN DIEGO (NEWS 8) - Instead of having their homecoming court based on popularity, Del Norte High School began a new tradition Friday night by selecting their royal court based on "character and school spirit."

"They recognize those who have character rather than those who are popular," said Del Norte High School senior honoree, Kevin Salceda.

No longer based on popularity, the Nighthawks cheered on a new homecoming tradition to even the playing field.

"I think it's really cool because usually all the popular people get voted, but instead it's more inclusive to people on who they actually are and how they treat other people," said sophomore, Natalia Jimenez.

During the royal ceremony, a male and female from freshman to juniors and six seniors were honored for their character and hard work - all nominated by their peers.

Principal Greg Mizel said while the homecoming tradition had a purpose in its time, now it has evolved into celebrating students for who they are - not what is on paper.

"Test scores and GPA's are not going to solve the issues. It's going to be character and we want to celebrate more and more integrity," he said.

Honoree Lexi Fernandez nominated some of her peers.

"They are really hard working and they stand out academically and athletically in their sports. I feel like overall, they are great persons," she said.

In addition to Del Norte High School, a spokesperson for the Poway Unified School District said it has also changed its homecoming court tradition to honor students for academics, leadership and ethics at Rancho Bernardo High School and Poway High School.

Nikki Luu, who was also honored at Del Norte High School, said "it's definitely different than what is normally done, but it is moving towards a positive direction."