Demonstrators say you can't pray the gay away

This Pride Month members of the LGBT community are taking a firm stance against a practice they say is abusive and ineffective. 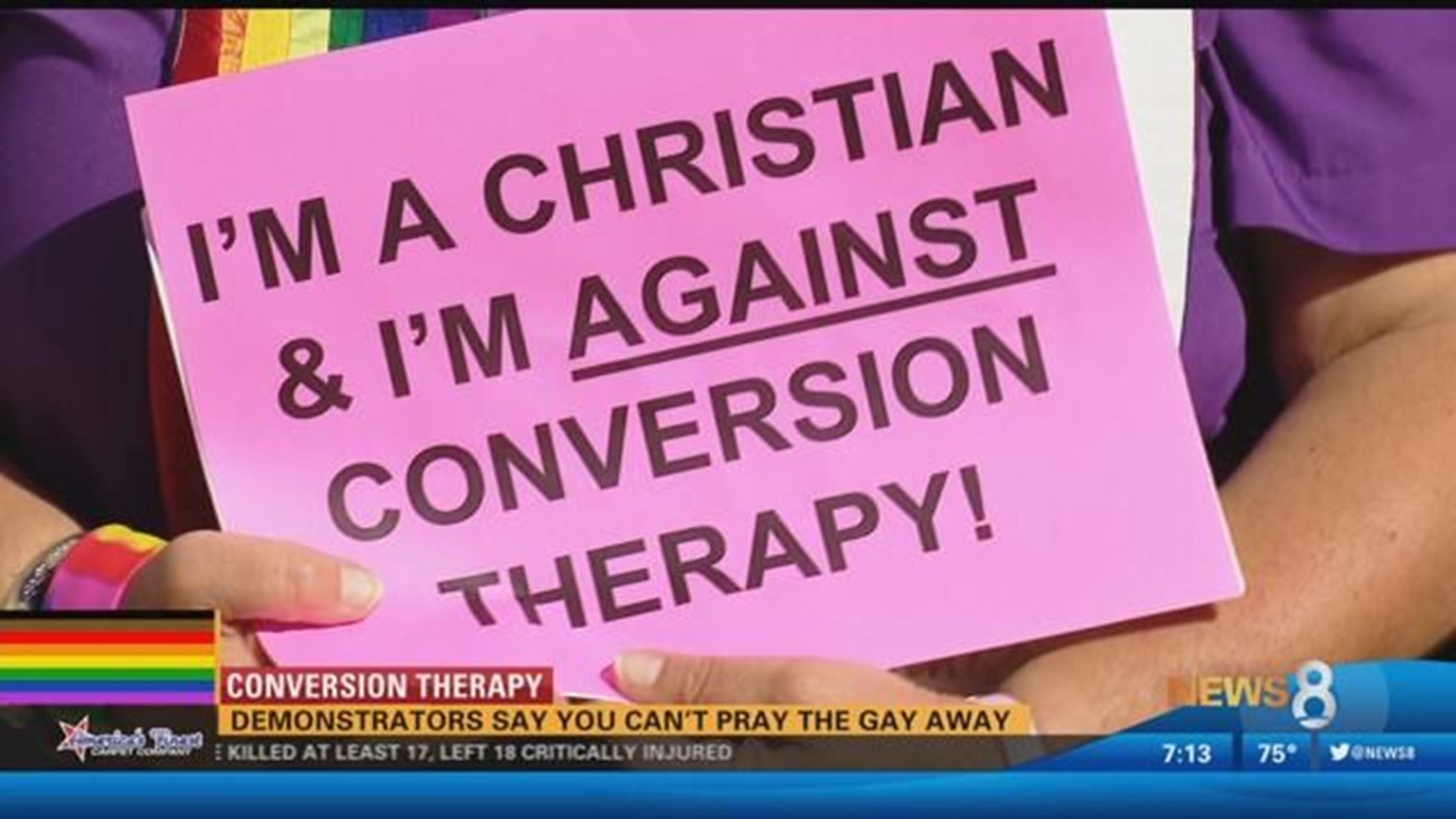 SAN DIEGO (NEWS 8) — This Pride Month members of the LGBT community are taking a firm stance against a practice they say is abusive and ineffective.

Thursday night demonstrators gathered in Hillcrest to protest "conversion therapy" on the eve of a controversial conference.

They came to protest conversion therapy.

"I've known I was a boy since I could walk, and it's been that way ever since," said Sam.

"My son didn't wake up one day and say 'gee the trans experience would be really cool to have'... he was born this way, this is who he is," said Sam's mom Kathie Moehlig.

And that's the message this group wants to send to Restored Hope Network holding its annual convention in San Diego this weekend.

According to its mission statement it's:

Dedicated to restoring hope to those broken by sexual and relational sin, especially those impacted by homosexuality.

One of the convention speakers, Linda Seiler, in her bio says she:

Had plans to have sex reassignment surgery, change her name to David, and live happily ever after. But God. Today, she is living the dream, content in a female body and wholly attracted to men.

"I believe that everyone has their own belief, but at the same time they shouldn't resort to kids feeling they need to hide who they are from friends, family and from themselves, they deserve to be happy and be who they want to be," said Sam.

"It's actually against California state law to attempt conversion therapy on someone under the age of 18, which I think is a pretty good case for saying it's a dangerous therapy," said St. Paul's Episcopal Cathedral's The Very Rev. Penny Bridges.

Minors aren't allowed at the Restored Hope Network's convention unless accompanied by a parent or guardian.

Leaders of the church where the protest was held say conversion therapy can be dangerous for adults too.

"We believe that God loves us just the way that we're made," said Rev. Bridges.

Restored Hope Network issued a statement to News 8 that read:

We expect the respect and freedom to leave homosexuality as much as respecting their right to remain homosexual or transgender. Tolerance is a two-way street.

City View Church in Mission Valley is holding the two-day conference on Friday and Saturday.

Around 400 people are expected to attend.

More than 800 protesters have said, on a Facebook page, they plan on being there too.