SAN DIEGO (CBS 8) – An off-duty San Diego County Sheriff's Department reserve deputy is out of a job after a confrontation with a park ranger.The incident happened in Del Mar last March, when the r... 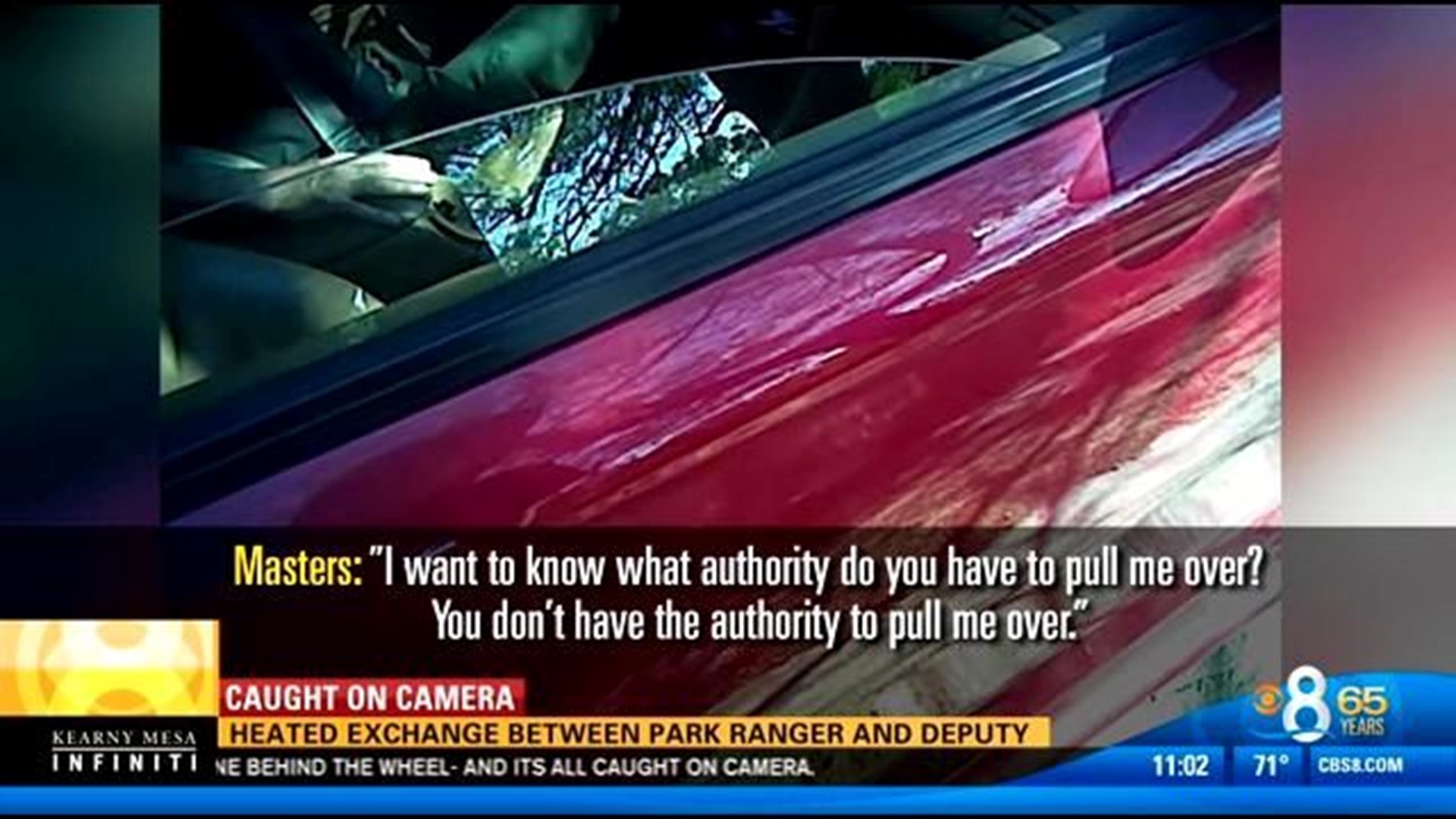 SAN DIEGO (CBS 8) – A San Diego County Sheriff's Department reserve deputy is out of a job after a confrontation with a park ranger.


The incident happened in Del Mar last March, when the ranger pulled Scott Masters over for talking on a cell phone while driving. It was caught on the ranger's body camera.


According to the ranger, he pulled Masters over in his Ford Mustang on Camino Del Mar while driving between parks.


Masters: Dude, why are you pulling me over? You have the authority to pull me over at the beach or the park.


Masters then starts to berate the ranger about his authority on public roads.


Ranger: And if I am going to and from a park area.


But as the badgering continues, Masters sounds as though he has some sort of beef.


Masters: It doesn't matter, you are pulling people over on the road. You always do that too.


After about 9 minutes of going back and forth, the ranger doesn't even write Masters a ticket.

Ranger: You know what sir, I am just going to give you a warning, but you know what I don't know why you are doing this. Trying to make a deal out of it.


That was six months ago. Since a public records request for the video has been made, Del Mar is reviewing its body cam policies.


Shortly after the stop, the sheriff's department terminated Scott Masters.


Masters declined an on-camera and phone interview with CBS News 8 but did say, “I know I acted like a total jerk.” He apologizes for the way he acted.


Driving while on your hand-held cell phone is a minimum $161 fine. Law enforcement recommends you use a  headset or other hands-free device such as Bluetooth.