San Diego County Sheriff's Deputy Richard Fischer is free Friday night after posting $2 million bail. He is accused of groping and assaulting more than a dozen women while on duty. 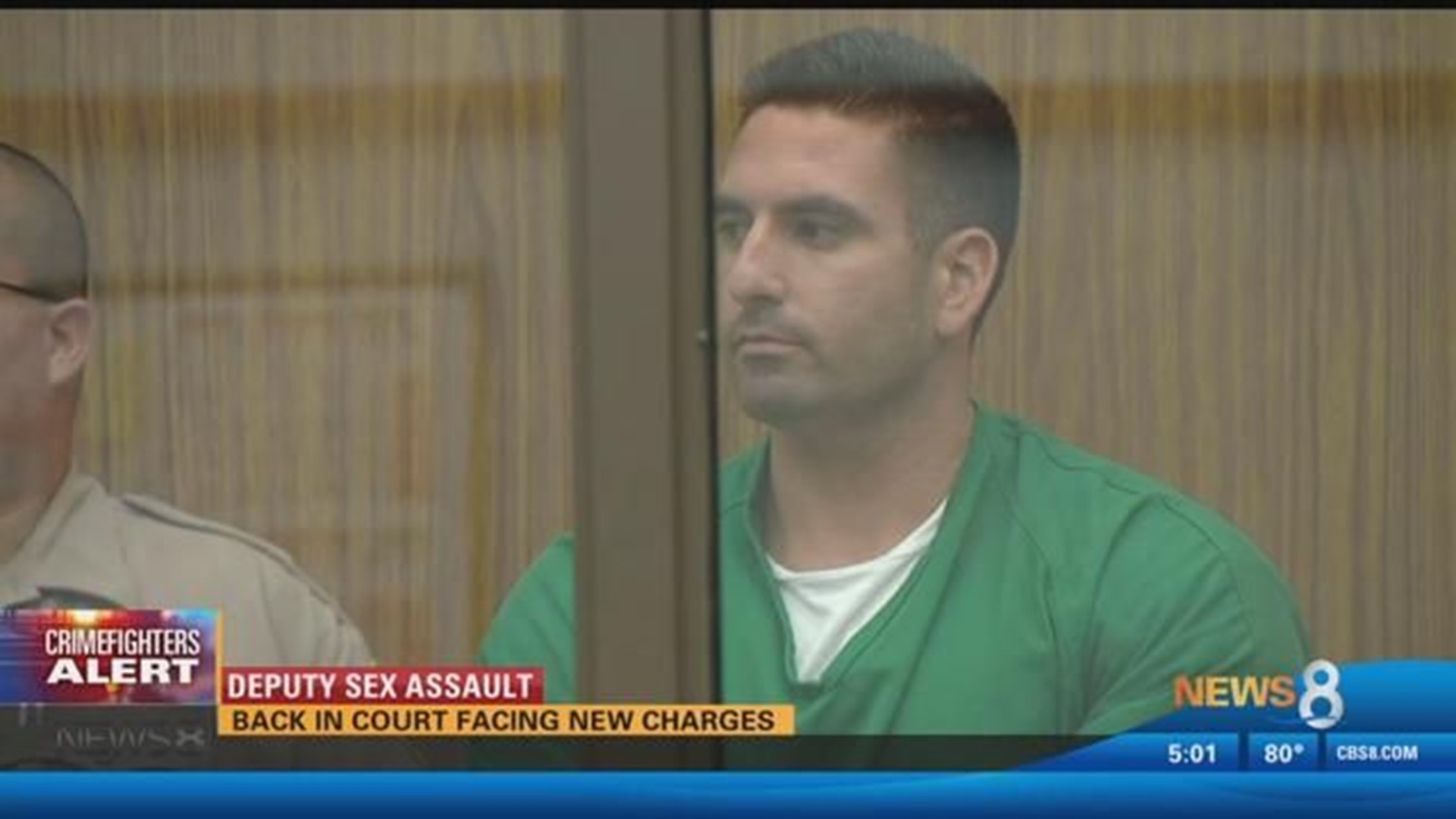 SAN DIEGO (NEWS 8) - San Diego County Sheriff's Deputy Richard Fischer is free Friday night after posting $2 million bail. He is accused of groping and assaulting more than a dozen women while on duty.

On Friday, graphic new details were revealed about an additional five charges facing Fischer who is already accused of groping 13 women over a two year period.

In court, prosecutors for the first time laid out in graphic detail one of the sexual assaults Fisher is accused of committing. He is facing five new charges related to the assaults of three women. Prosecutors described one of the women as a 51-year-old home care giver who met Fischer when he responded to her home on a 911 call.

According to the woman, Fischer continued to stop by uninvited over the course of a few months. According to prosecutors, in March of 2017, Fischer returned to the woman's home claiming he had something important to tell her. Believing it was about her business, prosecutors said she let him in.

"He forcefully started to kiss her and grope her with his hands all, 'I love your body.' He pulled her against her will into her bedroom. He forcibly placed her on her bed. He unzipped his pants and pulled out his erect penis and then forced her to orally copulate him," said Annette Irving, deputy district attorney.

A lawyer who was standing in for Fischer's lead attorney asked the judge to reduce his bond from two million dollars arguing it was outside the legal guidelines.

The motion was denied.

Fischer, with this new case, is now facing charges from 16 alleged victims, but more than twenty have come forward. His lawyer declined to comment on the case.