SAN DIEGO (NEWS 8) — Tragedy struck Monday in Point Loma Heights where a couple reportedly visiting from North Dakota died when a 75-foot tall Torrey Pine fell on the house. The tree fell around 6... 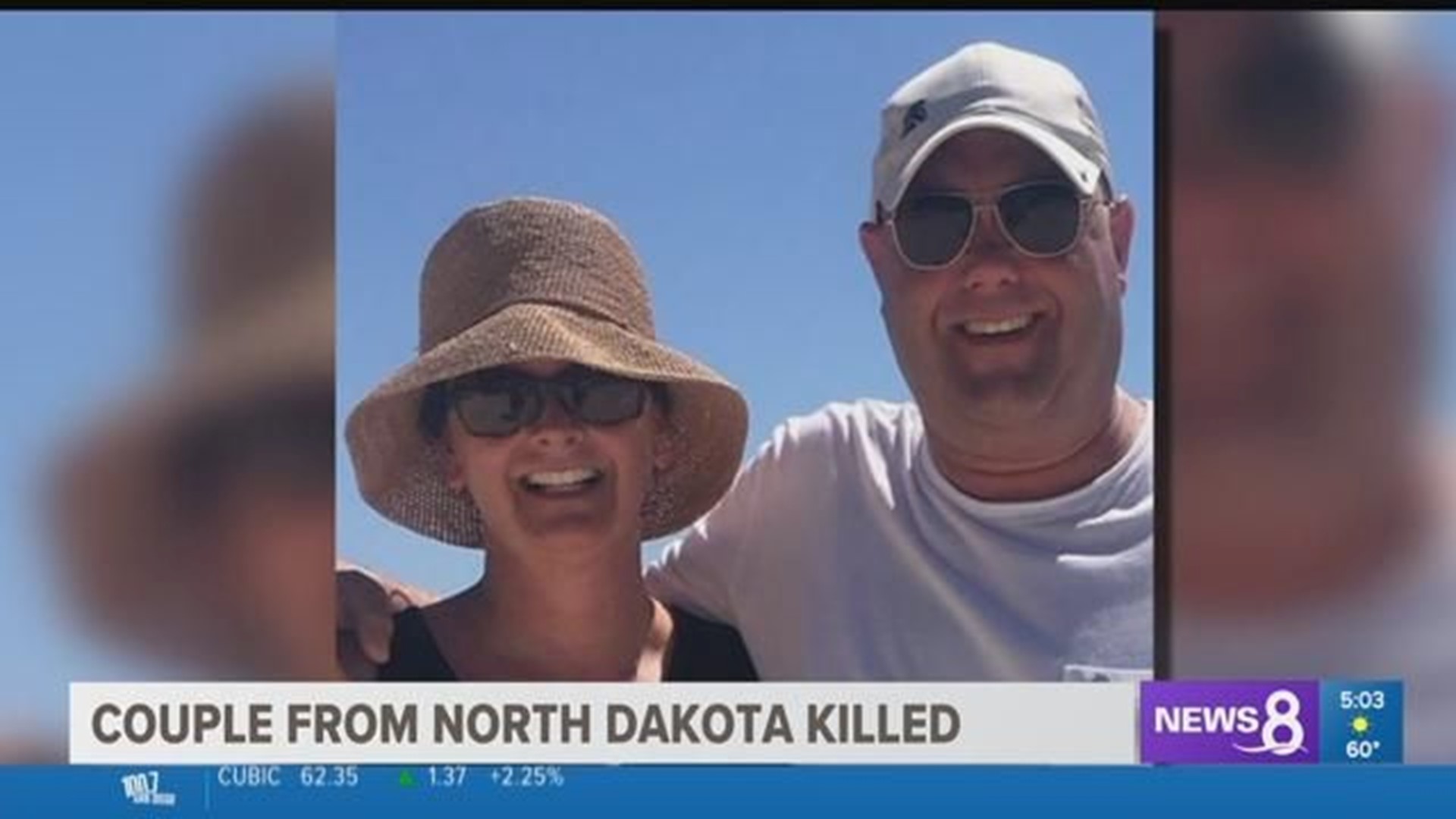 Two people were pronounced dead at the scene, Ballard said.

A fellow business owner from Grand Forks, North Dakota, identified the victims as Troy and Jessica Nelson – owners of Trojan Promotions. She also said an uninjured person in the home was Jessica’s brother Ryan Langerud.

The couple’s identity was also confirmed by Troy’s sister, according to the Grand Forks Herald.

Police said it appeared that the couple was asleep in bed when the tree crashed through the roof without warning. It is suspected they died instantly.

On Tuesday, News 8's Amanda Shotsky spoke with an employee of the couple Krisi Lund who has found memories of the Nelsons.

"They were just lovely people - so generous," she said. "They never treated us like employees. We were all a big family here."

Lund also described Troy and Jessica as a loving couple and "two peas in a pod."

The couple was reportedly in town for a trade show.

Neighbors in the Point Loma Heights area said the portion of the home where the couple was staying was a vacation rental. Neighbors also said the homeowners live in another area of the home.

The website VRBO.com has a listing for a home that appears to be the one involved in the tragic tree fall. The listing for the 1,000-square-foot, two-story house has almost 80 reviews on it.

Friends in North Dakota tell News 8 the Nelsons were very well liked and will be greatly missed.

There are questions about who could possibly be legally responsible. News 8's Abbie Alford spoke to an insurance attorney.