Disabled Dog: Antilles now up and running and getting a new home

A once disfigured pup is now running into the arms of his new family. 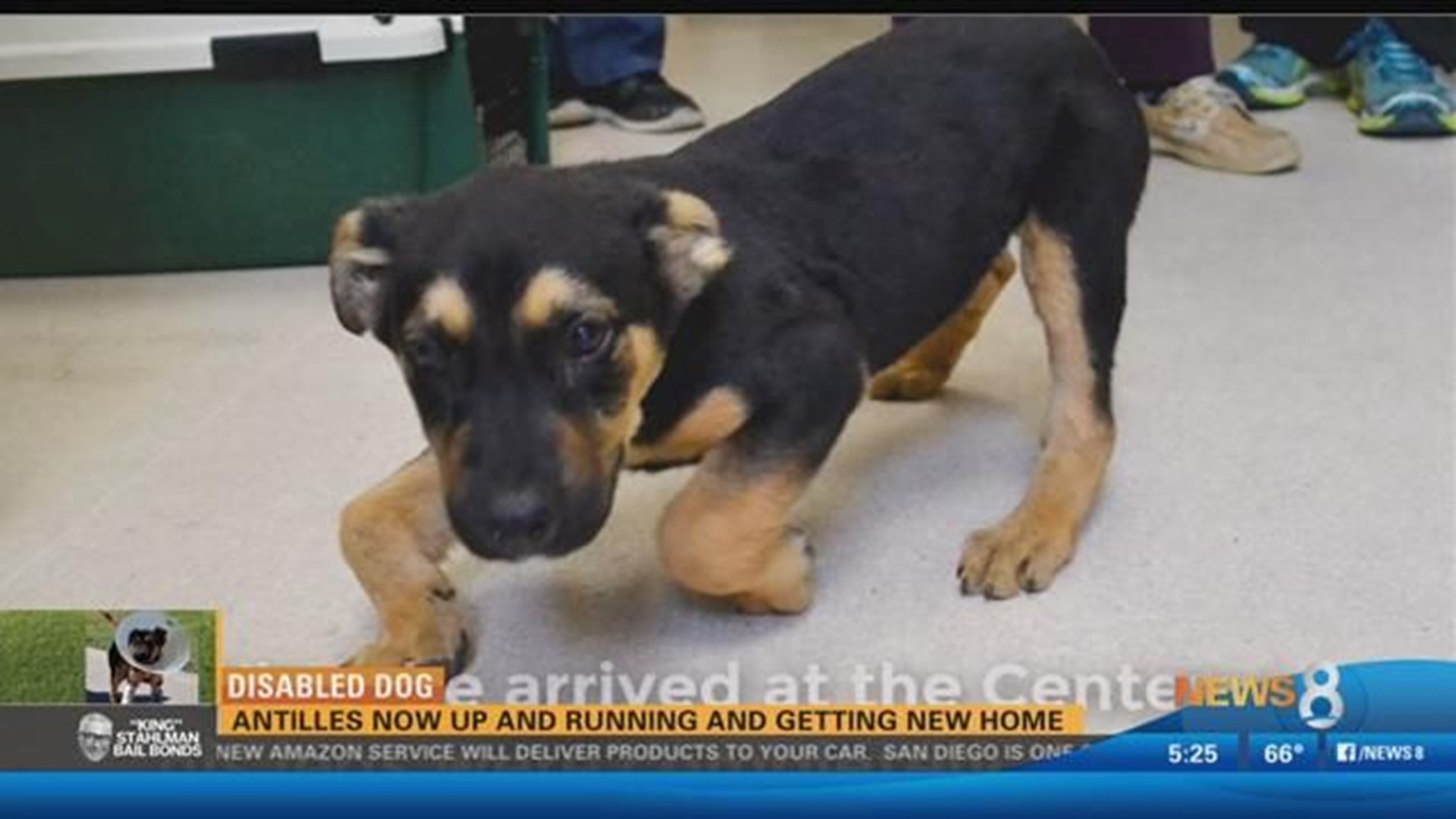 SAN DIEGO (NEWS 8) – A once disfigured pup is now running into the arms of his new family.

Antilles, a four-month-old Shepherd blend, was born with bowed front legs, but was able to receive a life-saving treatment.

“We think he’s just going to be the perfect addition to join in,” said Desiree Otsuka, who adopted Antilles.

Doctors placed splints on the pup’s legs to make them grow correctly. He had to wear a cast while in therapy and learning to walk again.

“Everyone was really touched by Antilles. We wanted a very special family and today, we found that family,” said Jessica Gercke, with The Helen Woodward Animal Center.

Antilles’ adoption means Cassidee Otsuka, who suffered from absence epilepsy, has a new best friend. “I feel happy. I think we are going to get along really fine,” she said.

“If we don’t’ have people who don’t want to take on animals that have a little bit of a challenge, then we are not doing our part as a society,” said Desiree.

The center said they were overwhelmed with calls and emails of people interested in adopting Antilles, but the family the center picked was, according to them, the best choice for Antilles.