Disneyland kicked off its 60th anniversary celebration Friday, but not everyone was happy about it. 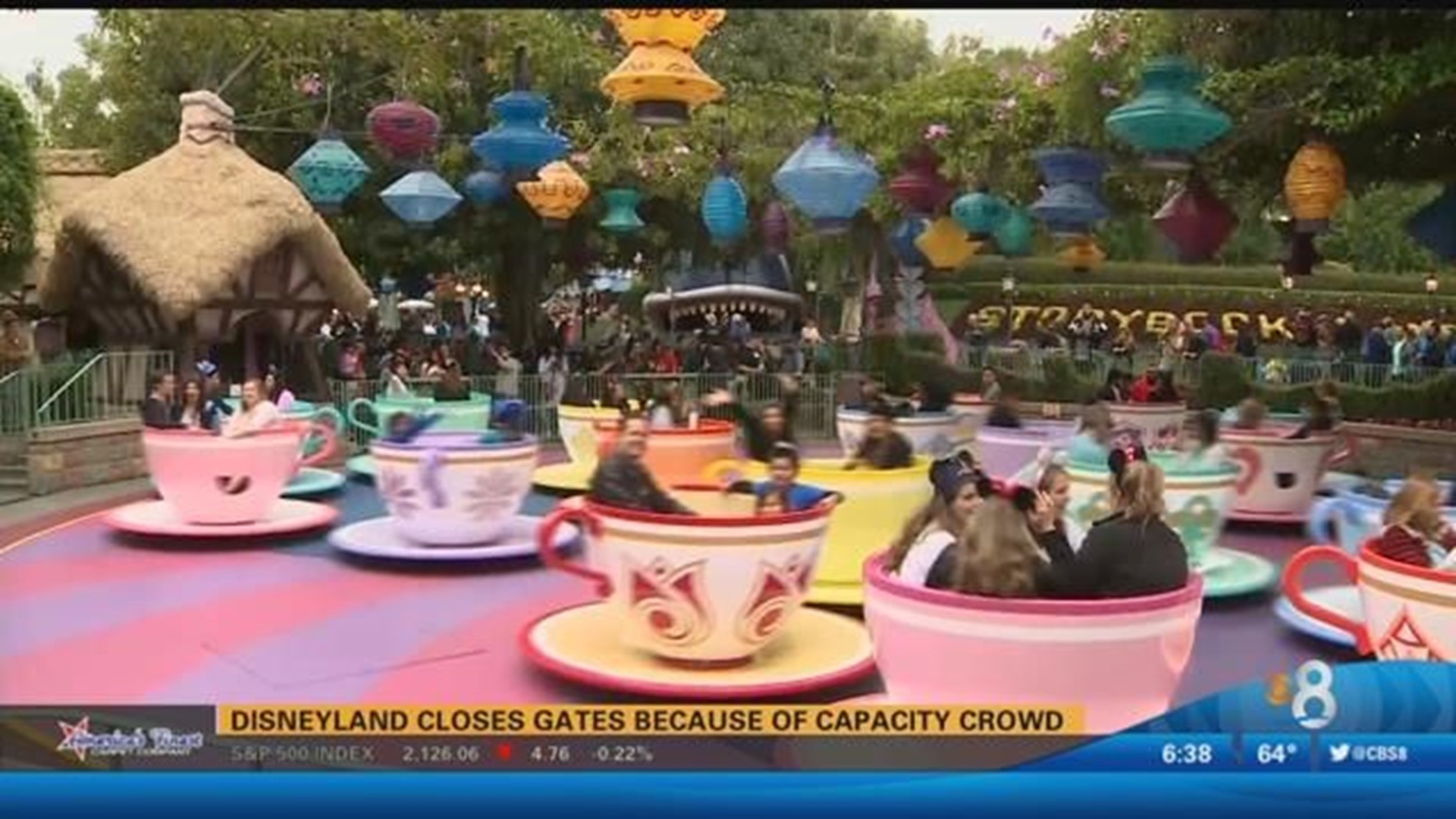 SAN DIEGO (CBS 8) - Disneyland kicked off its 60th anniversary celebration Friday morning and the park is staying open for 24 hours. However, hundreds of visitors had to be turned away after the park reached maximum capacity.

The gates opened at 6:00 a.m. and the park is staying open until 6:00 a.m. Saturday, but the park had to close the gates around 2:30 p.m. Hundreds of visitors were turned away from the Diamond Jubilee after the park reached maximum capacity, which is approximately 65,000 people.

People tweeted photos of the giant crowds and traffic jams surrounding the park. Many of the diehard Disney fans who were turned away from Disneyland were redirected to California Adventure, which is still open to new guests.