A new study released by the University of San Diego and Point Loma Nazarene University revealed that the dark and secret world of sex trafficking in San Diego is the second largest underground econ... 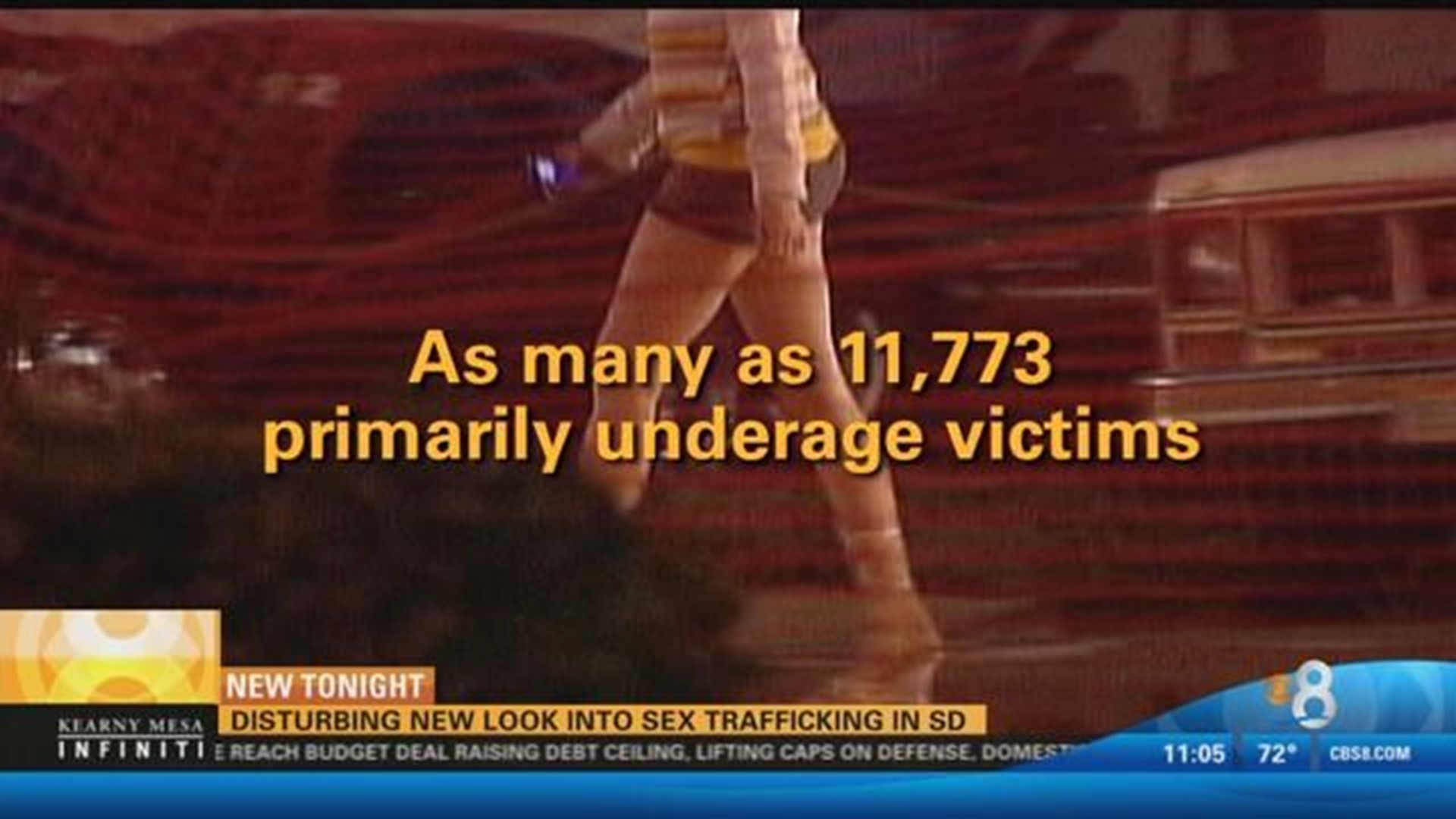 SAN DIEGO (CBS 8) - A new study released by the University of San Diego and Point Loma Nazarene University revealed that the dark and secret world of sex trafficking in San Diego is the second largest underground economy locally after drugs.

According to researchers, in San Diego, sex trafficking is an estimated $810 million-a-year industry and it is run mostly by gangs.

The study revealed that as many as 11,773 become victims to human trafficking in San Diego alone on a yearly basis. Of those 11,773, about 80 percent of victims are domestically trafficked, while about 20 percent are foreign born.

The research further showed that the average age of entry into sex-trafficking is 14 to 15 years of age, not 12-years-of age as previously reported.

Among those who are vulnerable to fall victims of sex trafficking are homeless (55 percent) and those in the foster care system (28 percent) according to the study.

Former prostitute Kathy Hardy is a passionate advocate for survivors of sex trafficking.

"We can't just throw our children away. It's black and white. Here are the numbers. This is what is happening right now," she said.

The study was funded by the Department of Justice, and found that more than 100 gangs are involved in the local sex trafficking operations.

Dr. Ami Carpenter is an Associate Professor at USD's School of Peace Studies, and led the massive three-year research study.

"For me, the biggest surprise is the complexity of the whole thing. I think one really important finding is that the stereotype of the 'black pimp' is inaccurate," she said.

In fact, according to the research, 'sex facilitators,' or pimps, are represented evenly across white, black and Hispanic communities. Further, the study showed that the estimated trafficker's annual earnings can be as much as $536,000 a year.

"It is very diverse, very complex. Much more ethnically diverse mosaic than I think we realized before. Unfortunately, there is a lot of recruitment happening in our high schools. The average age of entry into "the life" is 14 to 15 years-old" said Dr. Carpenter.

The study revealed that next to schools, other recruitment hot spots include: trolley and bus stops, house parties, social media, tattoo parlors, churches, malls, among others.

While females make up the largest percent of victims, males are also exploited by sex traffickers. Males, however, are less likely to come forward.

"Boys and men are far much less likely to speak up about the abuse they have gone through, especially when it's about sex-trafficking. It's a phenomenon that is definitely going on. Definitely under reported," according to Thomas Jones, founder of The H.O.P.E Project.

While as many as 11,773 become victims of sex trafficking, about 1,776 victims/survivors come in contact with law enforcement.