In 2007, 39-year-old Jodine Serrin was living alone in her Carlsbad condo when she was raped and strangled. Ten years later a snapshot of what her killer could look like has been released. 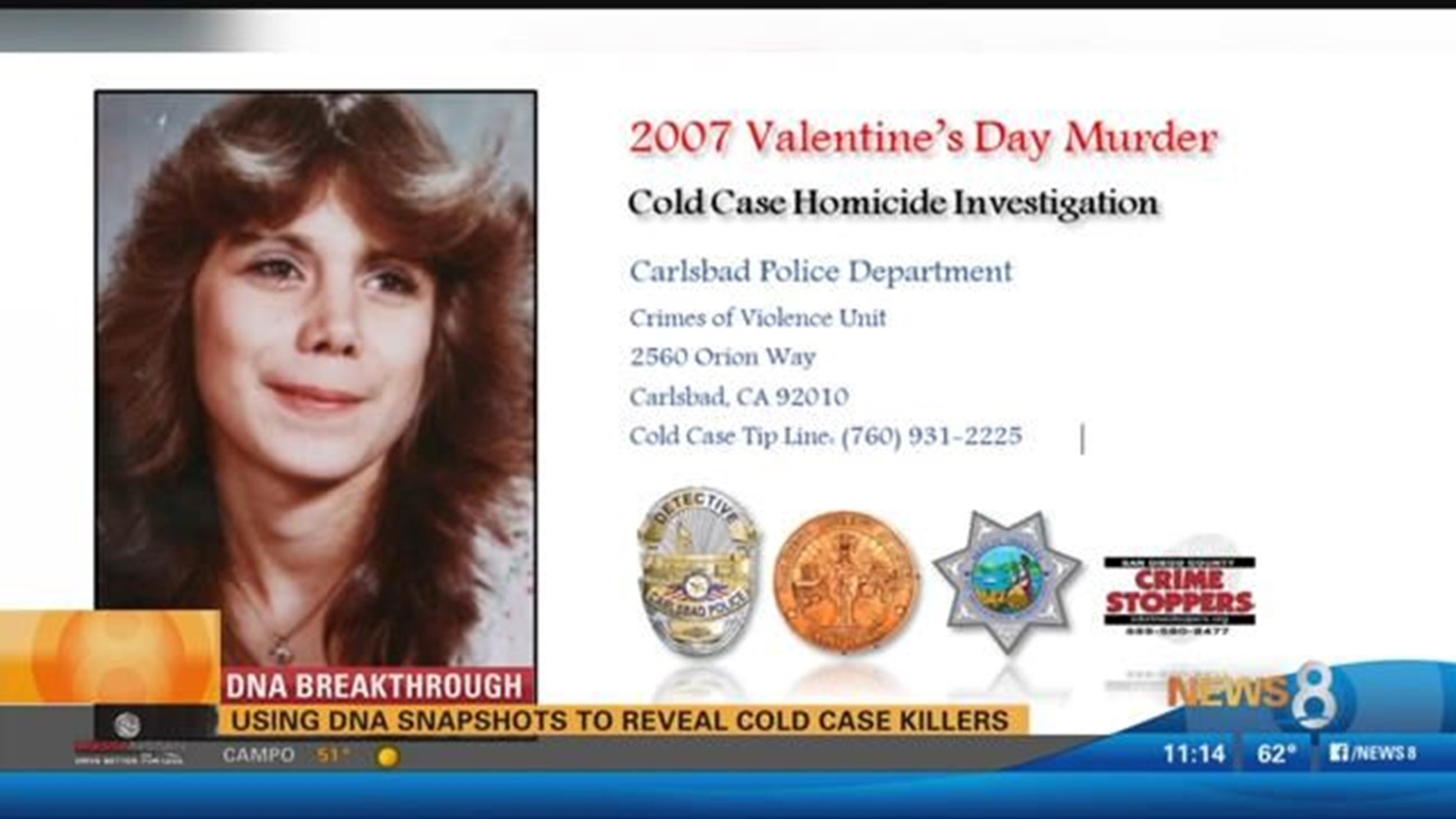 SAN DIEGO (NEWS 8) - In 2007, 39-year-old Jodine Serrin was living alone in her Carlsbad condo when she was raped and strangled. Ten years later a snapshot of what her killer could look like has been released.

"It is very important to resolve these cases because somewhere out there is a family. We have DNA, but the DNA has no hit in the database," he said.

Johnson and Carlsbad police have not given up on solving Serrin's murder, but the case has hit a dead-end.

On the ten year anniversary of Serrin's murder, CBS News 8 reported investigators announced they would use a new tool called DNA Phenotyping to help catch the killer.

Johnson called it "a game changer."

Parabon Nanolabs, based in Virginia, is one of the first of its kind. Researchers have produced several snapshots of suspects based on one nanogram of DNA.

In Costa Mesa, a killer was identified. In North Carolina, a murderer pleaded guilty.

Dr. Ellen Greytak, director of Bioinformatics at Parabon, explained the sophisticated software has only been available for two-and-a-half years.

The software sifts through tens of thousands of genetic variants to simulate a face based on hair, skin, eye color, freckles, ancestry and quantifying faces with levels of confidence.

"The goal is exclusion. Phenotyping treats DNA like it's a blueprint and it contains all of the information of that person and actually uses that DNA to generate leads and narrow a suspect list," said Dr. Greytak.

The snapshot creates what the suspect would look like at age 25 and average weight.

Critics, however, argue this could encourage profiling.

"This is not for identification. The goal is not to produce a composite that look like only one person in the world," said Dr. Greytak.

Investigators said that since the snapshot was released in February, they have received confidential leads in Serrin's case - giving her family hope.

"I can walk now to her grave and say, 'Jodine, I'm still trying'" said Jodine's father.

While the technology may not be admissible in court, District Attorney investigators said just like a tip they receive, it can be a lead or a guide for them in a case.

There is a $52,000 reward in the Jodine Serrin cold case murder. If you know anything or anyone who may resemble this man, call Carlsbad Police.