A recycling center in Logan Heights has become the end of the road for what appears to be hundreds of dockless bikes. 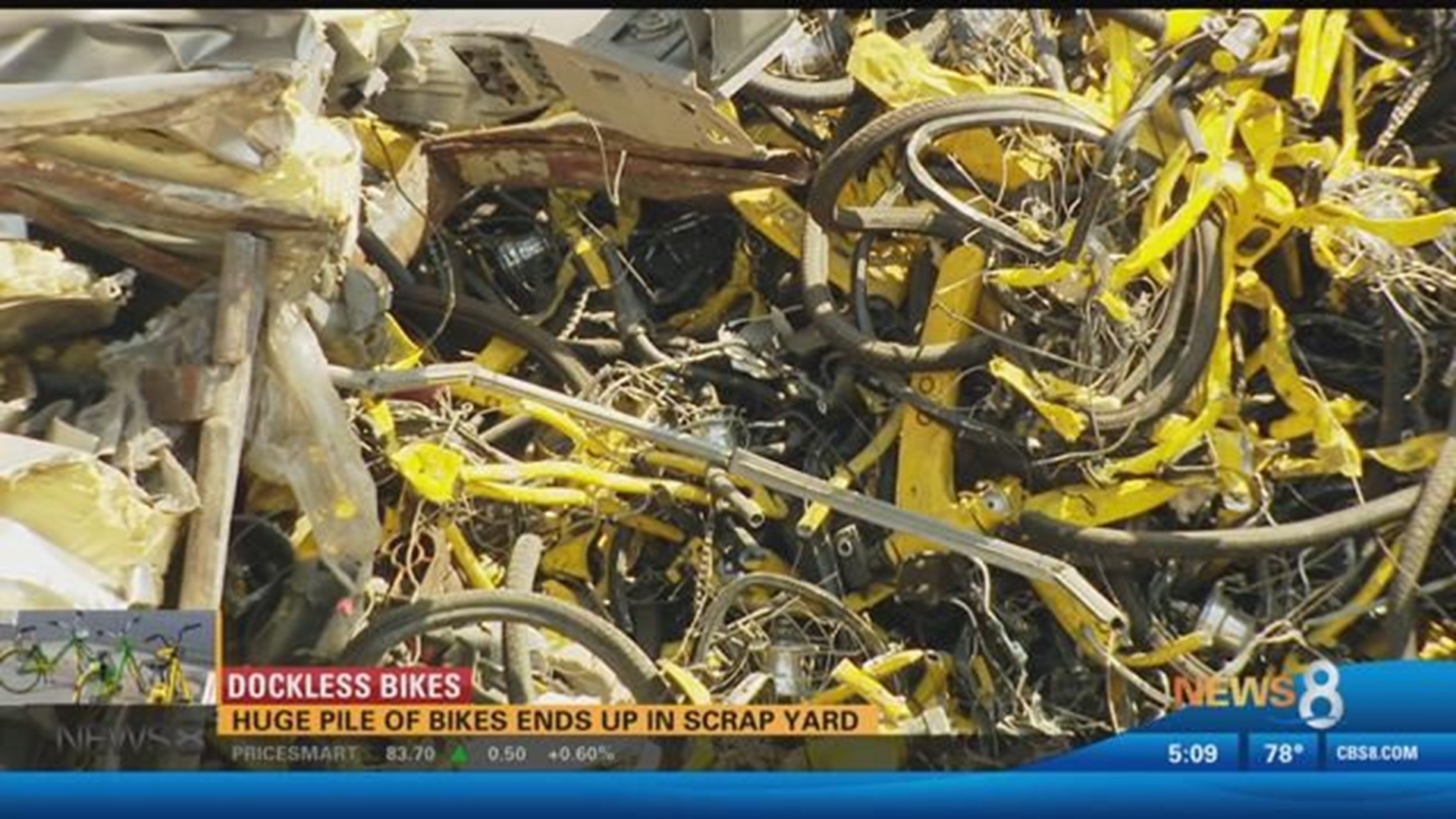 LOGAN HEIGHTS (NEWS 8) – A recycling center in Logan Heights has become the end of the road for what appears to be hundreds of dockless bikes.

Tim Sernett, who works across the street from the recycling center, said the bikes started to pile up about a month ago. “I just called it, to myself, the death of the dockless bikes. The pile of dockless bikes is slowly getting bigger and bigger.”

The bent tires and broken frames are easily visible. While some of the bikes are in bad shape, others appear to be perfectly fine.

Sernett had one suggestion. “Donate them – like every Christmas. They have organizations around that repair bikes and give to kids. Why not do something like that with the good bikes. You are wasting a perfectly good bike.”

News 8 contacted ofo. The bike company said they recycle old bikes and parts when they are beyond repair. The company further said, “We remain committed to environmental sustainability and will continue to donate, recycle or repurpose all ofo bokes to ensure they are put to best use.”

Ofo said they are not leaving San Diego. The company also denied reports that it was hurting financially and in danger of going out of business.

Ofo said the scene at the Logan Heights recycling center is just a common practice in all cities. It is believed ofo receives anywhere from three to five dollars for each bike it takes to the recycling center.

Ofo is shutting down its operations in Seattle at the end of August because, according to the company, a permitting issue specific to that city.