Police Tuesday were investigating the fatal shooting of a pit bull by a homeowner in the Valencia Park section of San Diego. 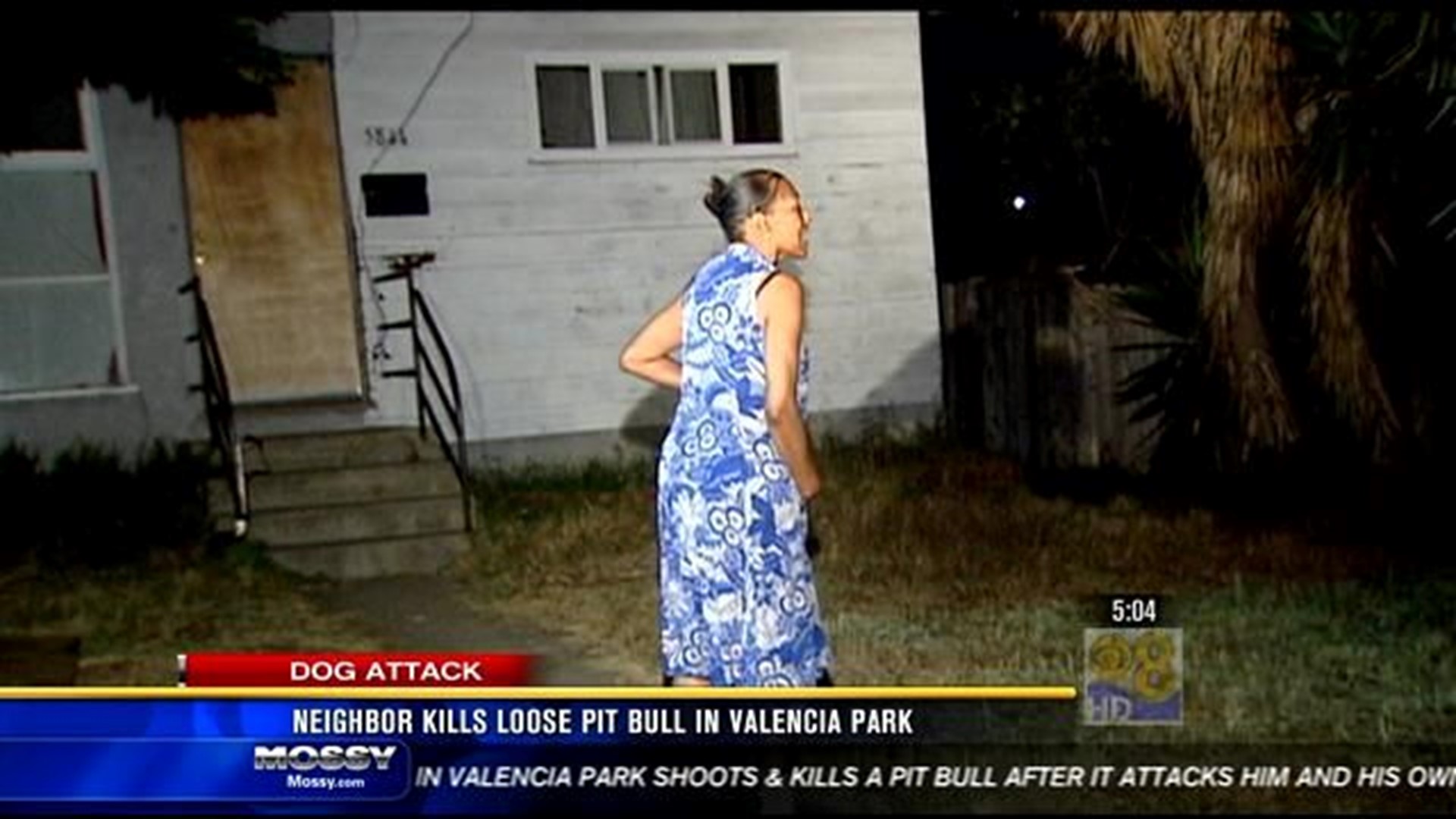 SAN DIEGO (CNS) - A Valencia Park woman will face misdemeanor charges for allegedly failing to control her aggressive pit bull, which was fatally shot by a neighbor as it attacked him and his dog, authorities said Tuesday.

The neighbor who killed Wayne's 3-year-old terrier told San Diego police he was in front of his house about 8:30 p.m. when the animal charged across the street and attacked him and his dog, a husky.

"This (was) not the first time this has happened," SDPD Officer Dino Delimitros said.

The 24-year-old man ran into his home, retrieved a shotgun and tried to drive away the aggressive canine by hitting it with the butt of the firearm.

When those attempts failed, he shot the terrier, Delimitros said.

The man, who was bitten in the leg by the pit bull, was not arrested or cited for the shooting. He and his dog suffered only minor injuries in the attack, and neither required medical treatment.

Wayne was expected to be charged through the City Attorney's Office with a leash-law violation and a count of failing to protect the public from an aggressive dog.

The pit bull, which was not neutered, reportedly had attacked a bichon frise last year as the owner of the small spaniel walked it through the neighborhood.

The man who shot the terrier said it also had gone after his dog on a prior occasion, after which he warned Wayne that he would shoot the animal if it happened again, DeSousa said.