Most people think of the ruins of the Chernobyl nuclear power plant as a wasteland, devoid of life. In reality, there are hundreds of dogs living there, the descents of animals left behind decades ... 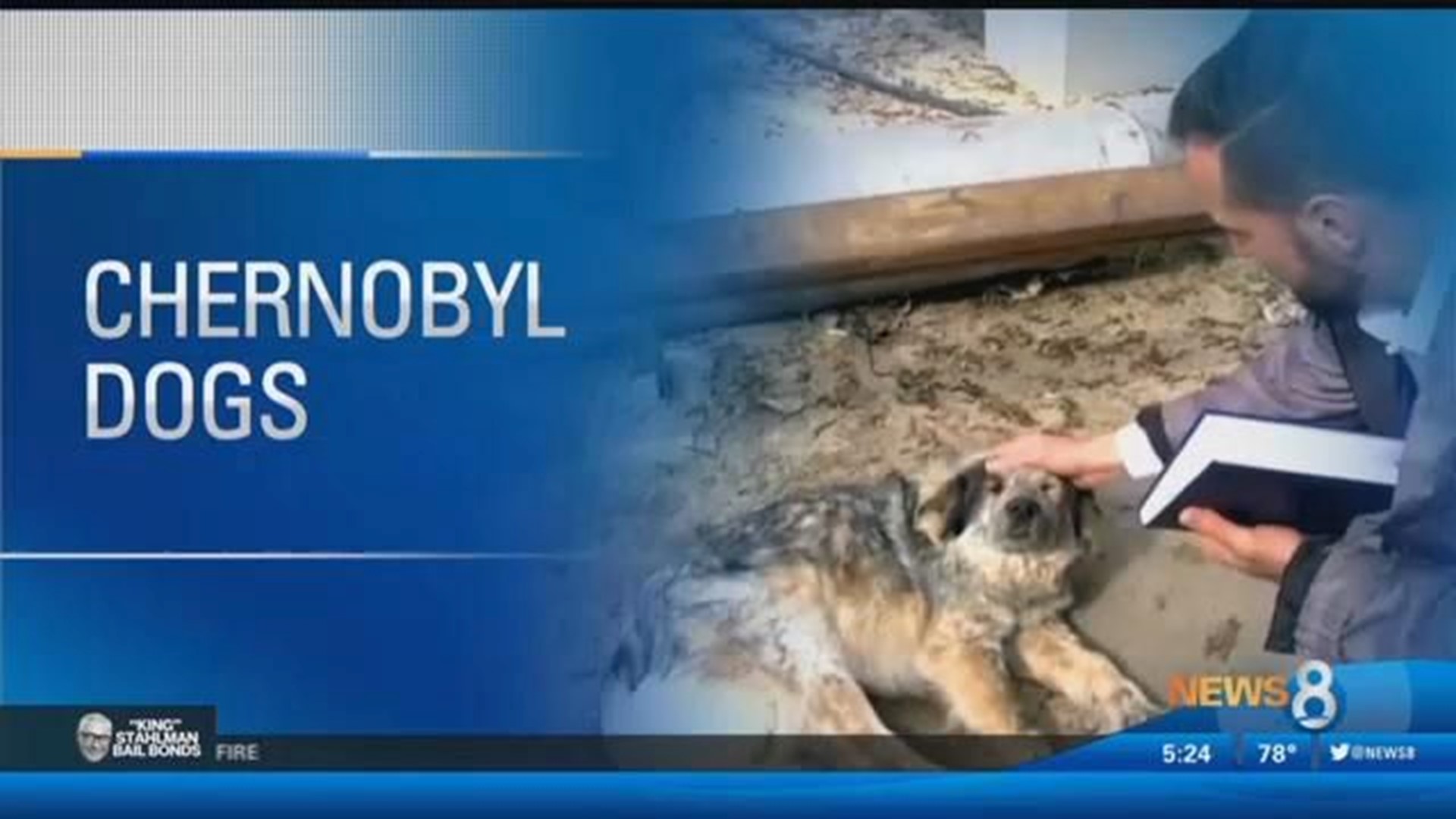 SAN DIEGO (NEWS 8) — Most people think of the ruins of the Chernobyl nuclear power plant as a wasteland, devoid of life.

In reality, there are hundreds of dogs living there, the descents of animals left behind decades ago when the area was evacuated.

Now, a local vet is heading to the area to help control the dog population and get the animals the care they need.

When the Chernobyl nuclear power plant exploded back in April 1986, 120,000 people living within 20 miles of the facility in the Ukraine were given just a few minutes to grab some personal belongings and get out.

Residents were told not to pack anything and to leave their pets with the expectation that they could return for them, but they never came back.

The Soviet military sent soldiers into the exclusion zone to shoot the abandoned animals, but some survived; and multiplied, to the point where, now - 30 years later,  there are stray dogs all around the power plant.

"There's probably a thousand dogs there now living in adverse conditions," said local veterinarian Terry Paik, noting that there are a lot of dogs suffering from starvation, predators and freezing cold winters.

Though no longer a working nuclear power plant, Chernobyl still has thousands of employees - many of whom have been feeding the dogs.  But with rabies and other diseases, it's a dangerous situation and the dog population is spiraling out of control.

Later this month, Paik will be part of a team of vets from all over the world that will travel to Chernobyl to help the dogs.  Their group is called the Clean Futures Fund.

"Our mission is to go and spay and neuter the dogs," Paik said. "Vaccinate [them] for rabies."

Dr. Paik says the team will be there for a month with plans to spay and neuter 40 to 50 dogs a day.

"The goal is to eliminate unwanted litters, obviously, and hopefully cut down the population to be a manageable population that can be cared for by the caretakers," Paik said.

Dr. Paik has done this before - setting up spay and neuter clinics in foreign countries.; and his work doesn't end there. His team also teaches local vets modern techniques so they can continue the program after his team leaves. He plans to do the same at Chernobyl - with one big goal.

"Saving lives, making the quality of life better for as many dogs as we can," said Paik.