A wrong-way driver suspected of being under the influence of drugs when she crashed into a group of cyclists on a curve on Fiesta Island, injuring eight riders, is scheduled to be arraigned Friday ... 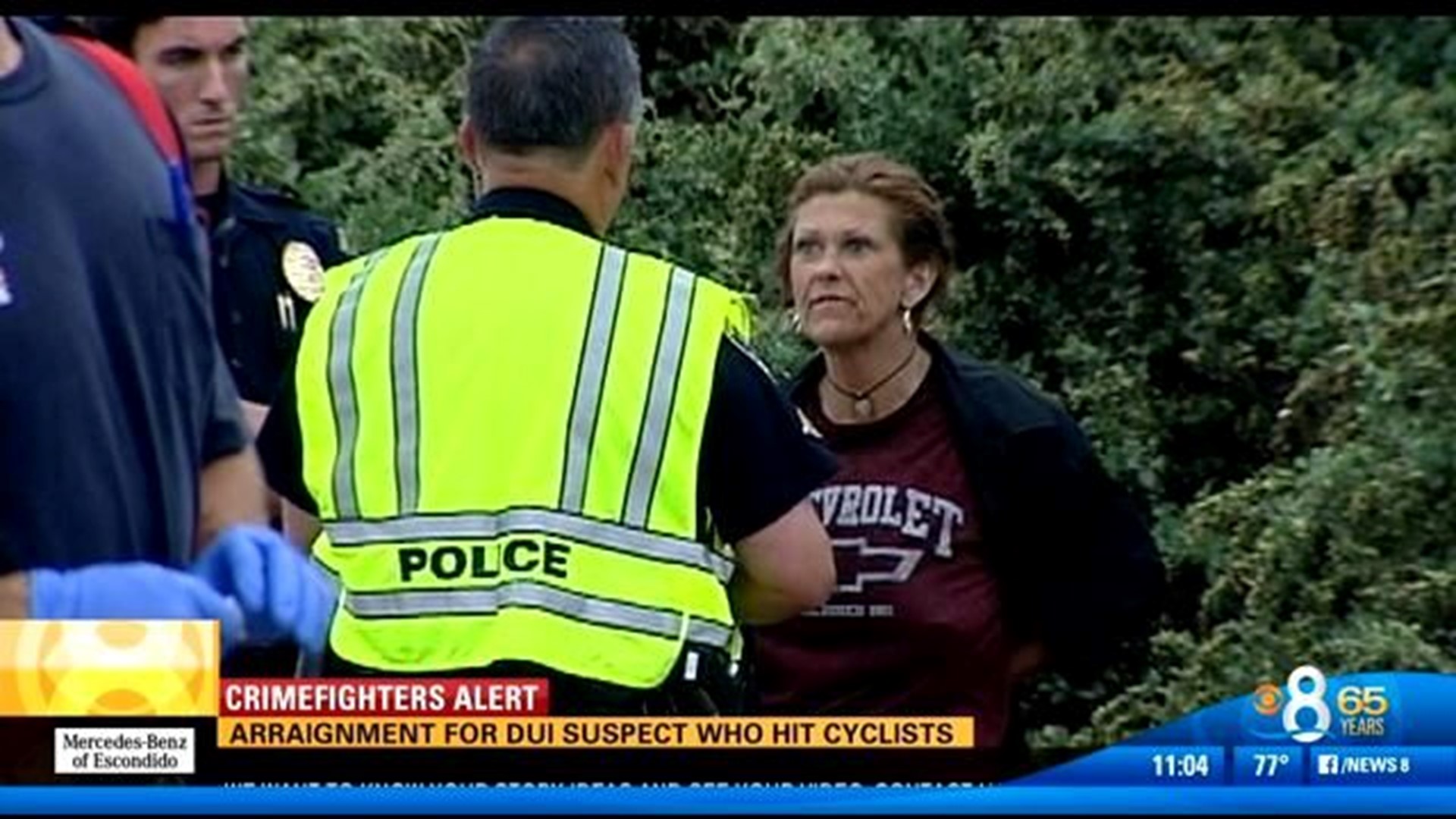 SAN DIEGO (CNS) - A woman who was allegedly on drugs when she drove into a group of cyclists on Fiesta Island, critically injuring one rider, pleaded not guilty Friday to felony charges of driving under the influence of a controlled substance and possession of methamphetamine.

Deputy District Attorney Jessica Coto said Owens drove the wrong-way on a one-way road about 6:30 p.m. Tuesday, plowing into a group of 16-20 cyclists while traveling about 30-35 mph, hitting 10 of the riders head-on.

The cyclists said they were traveling about 25-30 mph around a blind curve when the accident happened.

Witnesses said Owens got out of her car and appeared to be under the influence, screaming and acting erratically.

She was transported to a hospital, where a baggie of methamphetamine was found in a body cavity, the prosecutor said. Toxicology results on the defendant are pending, according to Coto.

The prosecutor said one rider, 43-year-old Juan Carlos Vinolo, has permanent paralysis from the waist down and also suffered a collapsed lung and lost a kidney. Another rider suffered a broken arm and several others had lesser injuries.

Logan Hunter Bass -- who suffered a lacerated foot and took a mirror to the ribs -- said the cyclists who were hit were part of a random group that rides on Fiesta Island on Tuesdays. Several cyclists were in court today for Owens' arraignment.

"It's more for Juan (Vinolo) and just the cycling community in general," Hunter Bass said outside court of the showing of support. "We get a lot of difficult times from drivers, this just happened to be an incident where we really can't be blamed for anything. It's just how it is."

A status conference was set for Aug. 22.