Mira Mesa Blvd is closed at Marbury Avenue after two pedestrian were struck, one fatal, by a vehicle in Mira Mesa Thursday morning. 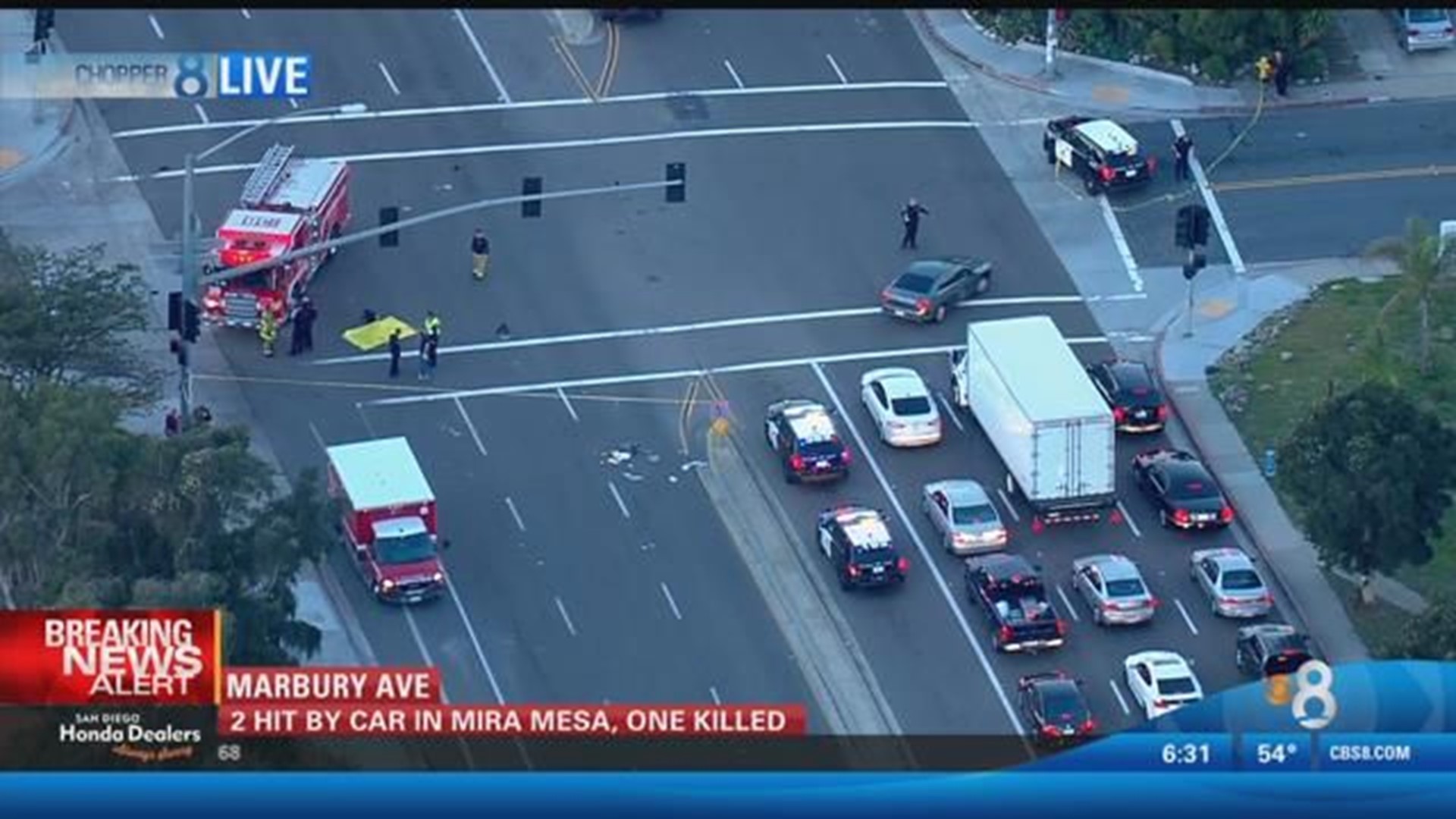 SAN DIEGO (CNS) - One pedestrian was killed and a second was seriously injured Thursday when both were struck by a car whose driver ran a red light in Mira Mesa.

The victims, a 59-year-old woman and a 64-year-old man, were hit by an eastbound Honda sedan while in the crosswalk at the intersection of Mira Mesa Boulevard and Marbury Avenue shortly after 6 a.m., San Diego police Officer Tony Martinez said. The 26-year-old man behind the wheel of the Honda remained at the scene.

The female victim died at the scene. Her name was not immediately available.

The second pedestrian suffered serious head injuries and a broken femur, Martinez said. He was taken to a hospital to be treated.