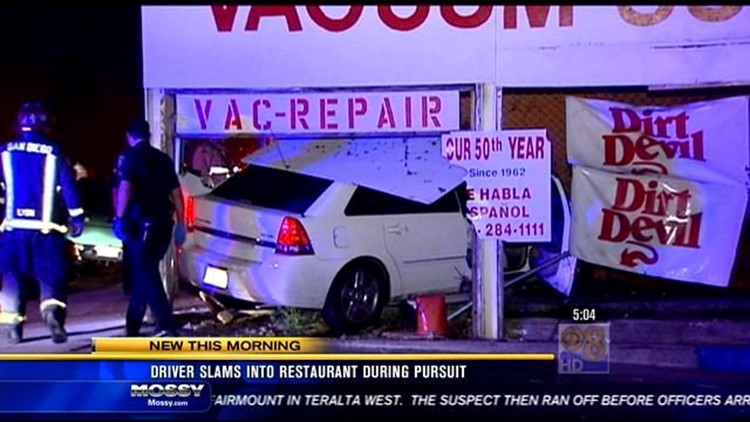 Driver slams into restaurant during pursuit

Driver slams into restaurant during pursuit

SAN DIEGO (CNS) - San Diego police searched Friday for a car thief suspect who crashed into a City Heights restaurant, then ran away.

A lieutenant on his way to another incident in a marked police car was cut off by the suspect around 11:30 p.m. Thursday, San Diego police Officer Frank Cali said. The suspect sped off.

The lieutenant briefly lost sight of the suspect, then turned westbound on El Cajon Boulevard near 43rd Street and saw the suspect vehicle had crashed into the El Borrego Restaurant, Cali said.

The suspect bailed on foot and was nowhere to be found, he said, adding the vehicle he was driving turned out to be stolen.

No one at the scene was injured. It was unclear whether the suspect suffered any injuries in the crash.