Police officers and firefighters rescued several stranded drivers in Kearny Mesa Tuesday afternoon after streets in the area became flooded due to the ongoing rain storm. 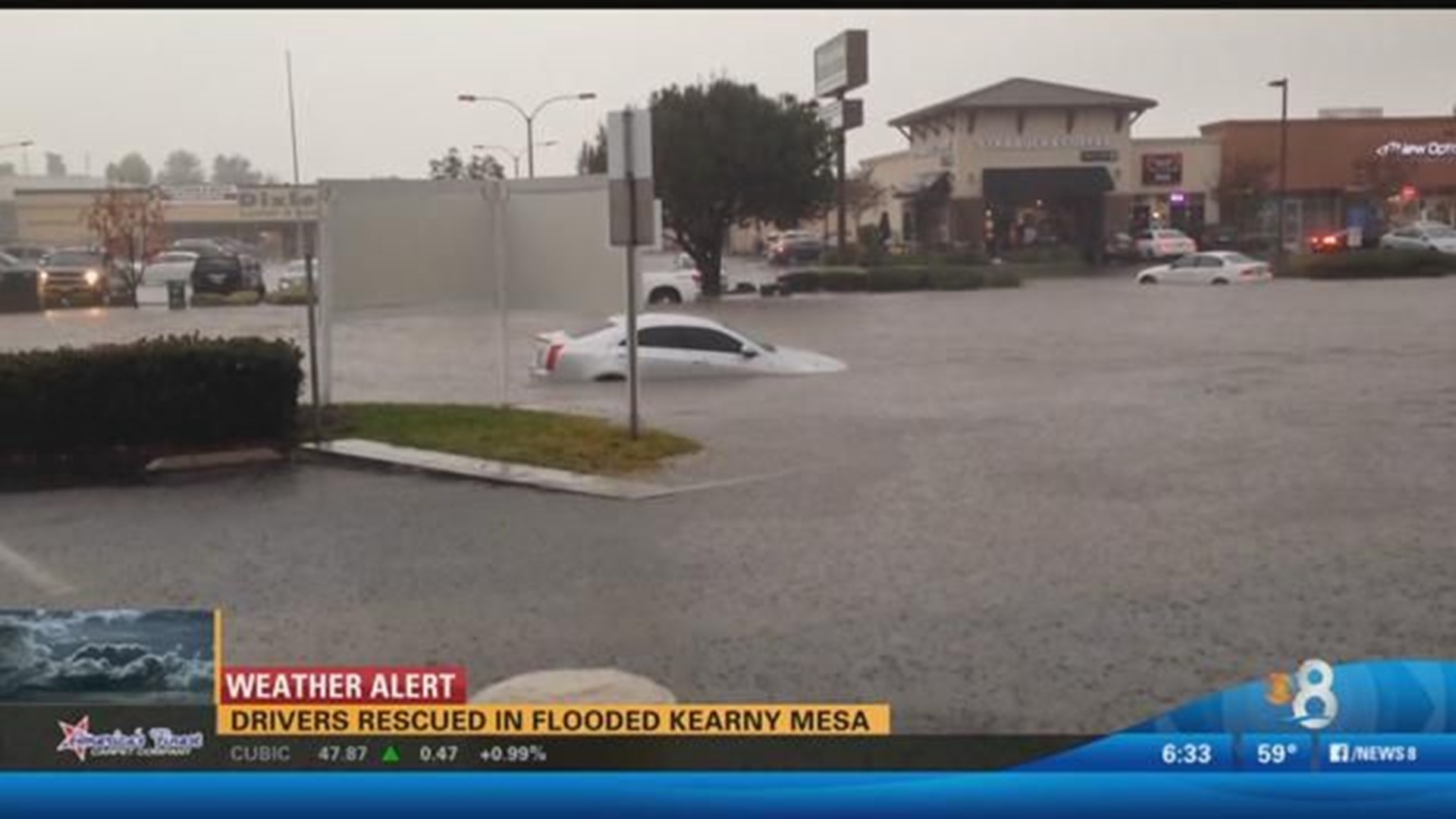 The cars became stranded along Convoy Street between Ronson Road and Raytheon Road, prompting police to shut down the street temporarily while drivers were helped from their vehicles.