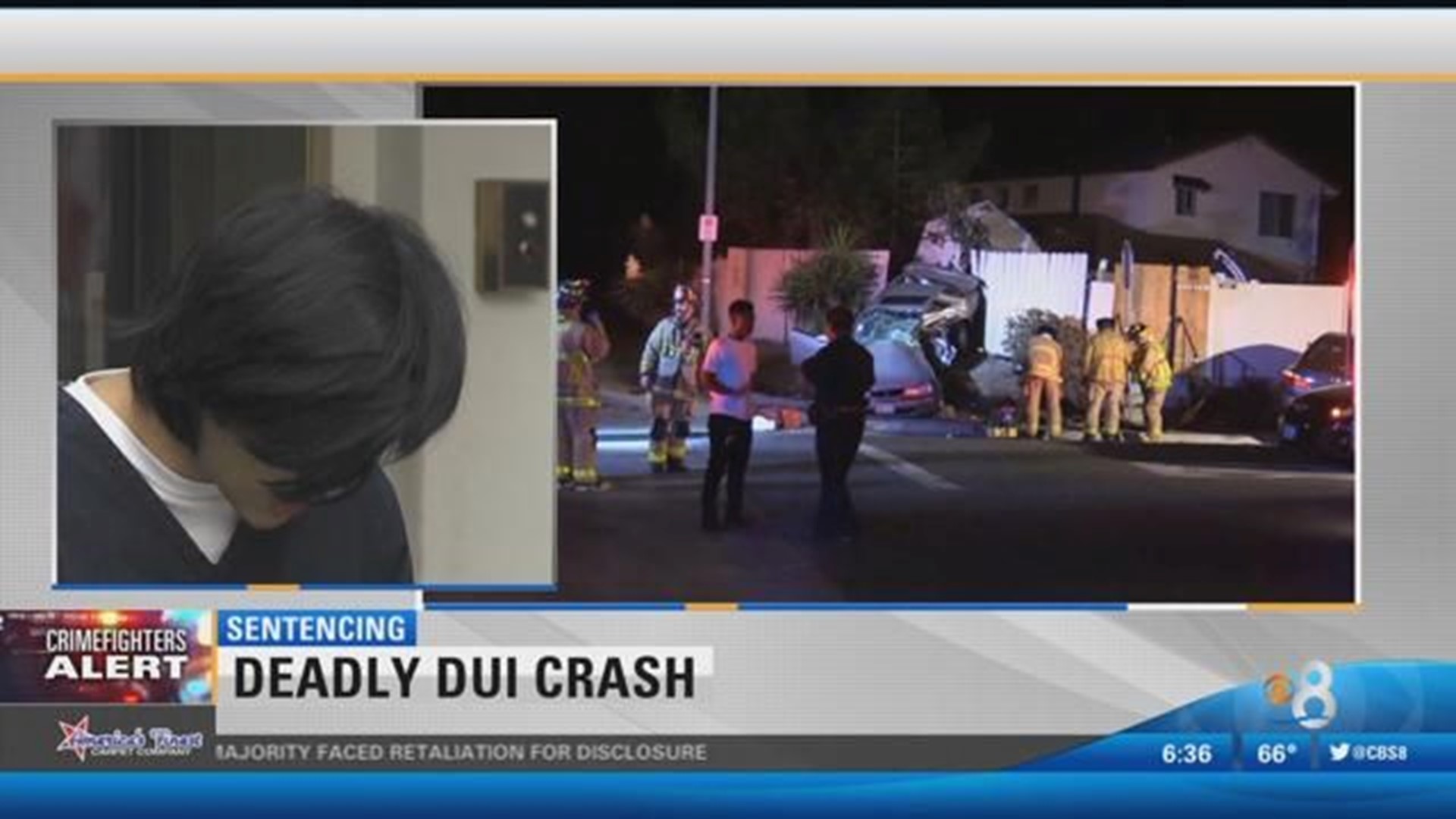 SAN DIEGO (CNS) - A young man who drove drunk and caused a collision that killed a 19-year-old motorist in Mira Mesa last summer tearfully told a judge Tuesday that drinking and driving was "not worth it" before being sentenced to four years in state prison.

Christian Evangelista, 22, pleaded guilty at an earlier hearing to DUI with injury and gross vehicular manslaughter while intoxicated.

"I hate this case," Gilliland said. "There's nothing more tragic than young death."

Deputy District Attorney Andrew Aguilar, arguing for a 10-year prison term, said Evangelista was not a bad guy but chose to drink and drive recklessly through a residential neighborhood, reaching speeds of 64 mph in a 25-mph zone just before broadsiding Le's car.

Witnesses testified during a previous hearing that Evangelista spent the night of Aug. 20 at his residence drinking with two friends, and when they ran out of alcohol, the group decided to go to a 7-Eleven store to buy more.

One of those friends, Henry Kim, said he asked Evangelista if he was OK to drive, and the defendant said yes.

On the way back from the store, Evangelista, driving eastbound on Zapata Avenue, ran a stop sign at Camino Ruiz and crashed broadside into Le's car just before 1 a.m. She died on the way to the hospital.

Evangelista and his two friends were injured.

San Diego police Officer James Zirpolo testified that Evangelista's blood-alcohol content was measured at .14 percent about two hours after the collision, meaning it would have been more than .15 percent -- nearly twice the legal limit -- at the time of the crash.

Zirpolo testified that Evangelista told him that he was confused about which direction he was going after he left the 7-Eleven.

Evangelista was arrested and booked on a misdemeanor DUI charge, bailed out of custody, and was re-arrested a few days later on the more serious charges.