Activists on Tuesday once again demanded answers during a National City City Council meeting in the death of Earl McNeil. 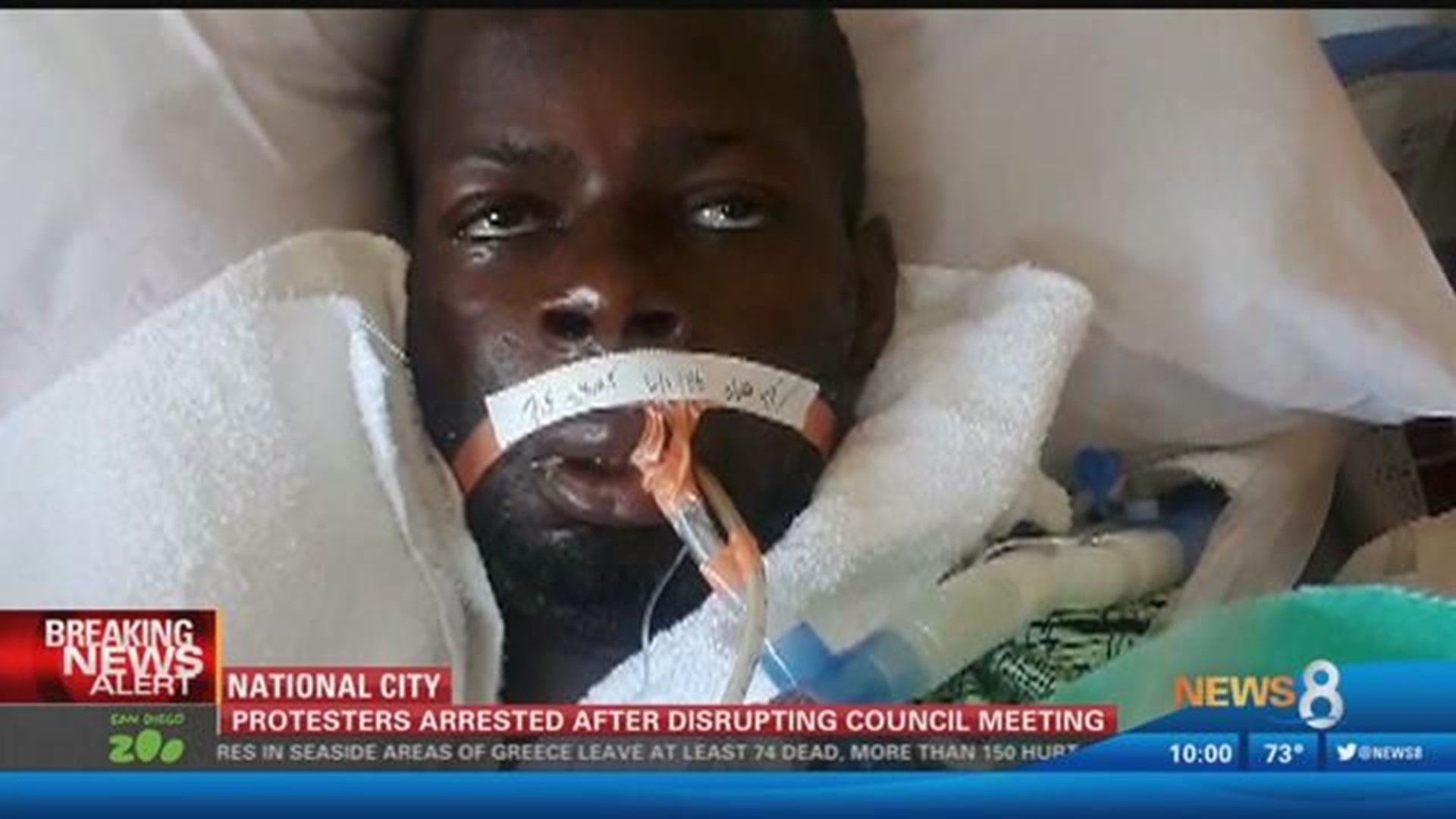 NATIONAL CITY (NEWS 8) – Activists on Tuesday once again demanded answers during a National City City Council meeting in the death of Earl McNeil.

Last month, McNeil's relatives said he had gone to NCPD headquarters at 1200 National City Blvd. to ask for assistance of some kind. Instead, McNeil was taken to San Diego Central Jail and then wound up at UCSD Medical Center in Hillcrest with a grim prognosis.

Relatives said McNeil wound up in a coma after suffering severe brain damage while in custody.

He never woke up. McNeil died after being taken off life support last month.

Exactly what transpired during that timeline is a mystery, but on Monday once again, protesters called on the National Police Department to be more transparent about what happened during the time McNeil was in custody.

Six people were placed in handcuffs and dragged out of the National City Council chambers Tuesday night. Last week, four people were also arrested during the City Council’s meeting.

On Tuesday, Sheriff’s in tactical gear and surrounding agencies were on scene to control the crowd.

Police officials, for their part, contend that McNeil was combative, agitated and paranoid that day, forcing them to put him into full-body restraints while transporting him to county jail, where he was stricken by a medical crisis.

The medical examiner has not released the autopsy. According to National City police, on Monday they unsealed the autopsy and shared it with McNeal’s family. They also shared with the family audio recording McNeal made to dispatch.

McNeal’s family did not participate in Tuesday’s demonstration.